XAPO Is situated inside an old army barracks in the heart of Gibraltar’s old center, in the shadow of its famous rock. The rear of the structure is adjoined to the remnants of the original city walls and defense towers, while the front facade faces Grand Casemates Square - a lively social hub with many out outdoor bars and restaurants. The series of barracks (or ‘casemates’) were built by the British army in 1817, and are among the most preserved of the military buildings that characterize this once fortified town. Lagranja found the barracks in a semi-ruined state, unappreciated for their historical significance and crying out for a new use. As part of the project, one of the bays adjoining Xapo will be reborn as a public area for art and cultural events.

The project
The main intent of the project was to give XAPO – a company that operates wholly in the digital domain – a physical headquarters and presence. The company occupies two arched bays of the barracks complex – measuring 800 square meters in total – constructed in local limestone, with ceilings supported by original wooden beams. The original beams and the stone walls were cleaned and restored to their natural state, providing the space with the feel of an ancient bank vault. Using the intersection of archeology and modern design as a starting point, Lagranja studio has restored reinvented the bays with a contemporary office layout and furniture and décor made with digital processes; a metaphor in itself for the rapid, tech-driven transformation of banking and currency.

The interior design scheme
Harmony, functionality, respect for the structure’s antiquity, and an element of surprise guided the design project. Clients enter XAPO from the main square to the bay, which is now a reception area. Shallow pools flank either side, adding a counterbalance to the structure’s lack of height, and lending luminosity to a dark space. At night, laser beams crisscross the pools and reception area, which is an added bonus for the public, who can view the installation from the square outside.

To the right, and entered via the original stone arches, is the XAPO ‘bank’; a number of automatic tellers where clients can manage their cyber currency transactions. Behind it is the boardroom with a kitchenette and lounge area. The far end of the bay opens out onto a walled patio that originally served as a gun powder storage facility at the base of a defense tower. With a garden wall and BBQ area, the patio was conceived as much for leisure as for work, or for occasions when the two activities combine. The office of XAPO HQ is clustered around the patio, partitioned by glass screens for transparency and fluidity.

Artful furniture and details made to order

The majority of bespoke furniture was 3D printed in Barcelona using bio corn-based plastic. Modular in form and gently textured in appearance, the idea was to create a sense of community and a casual narrative where all spaces are harmonious.

Standout pieces include the reception desk and room divider in the waiting room of the banking area, which were created with an interwoven composition of earth-colored, semi-circular shapes. The supports of the robust boardroom table resemble giant amphorae, a form echoed in podiums placed in the shallow pools. The textile upholstery for the softly rounded Lagranja-designed furniture was chosen for its natural composition and warm colors, instilling an inviting contemporary-living feel within a new breed of corporate space. 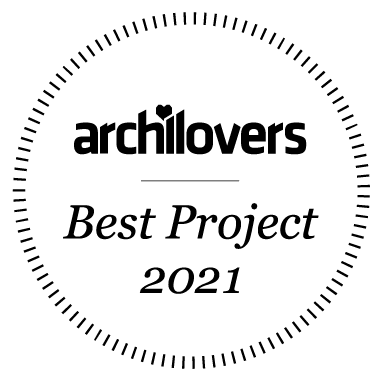 XAPO (pronounced ‘Sapo’) provides online banking services for cryptocurrencies. The company’s director, Wences Casares, commissioned Lagranja studio to create their flagship headquarters; the first physical HQ for XAPO, and the first transformation of a historical building for Lagranja.A singular location XAPO Is situated inside an old army barracks in the heart of Gibraltar’s old center, in the shadow of its famous rock. The rear of the structure is adjoined to the...