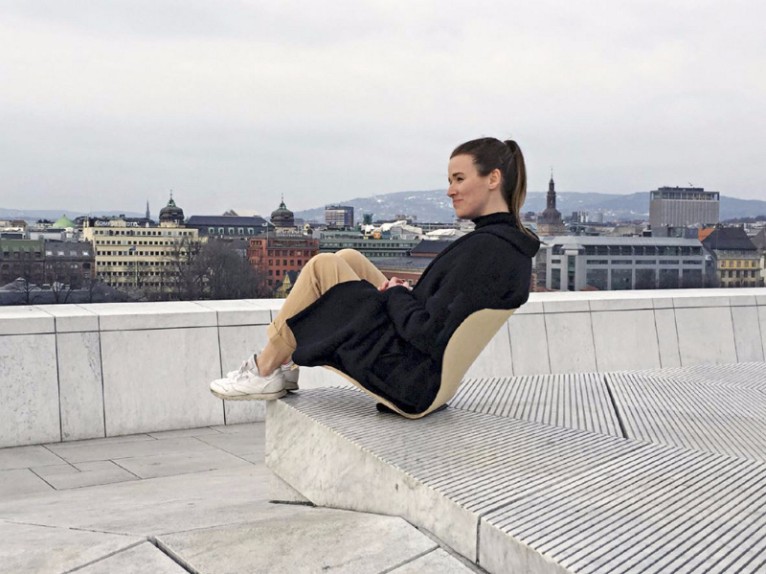 After the world premiere at Design museum Gent, the exhibition goes on tour, with Oslo as the next stop.

Unlike most of Arne Jacobsen’s chair designs, Series 7™ was not created for a specific context, in contrast to the Ant, for example, which was custom-made for the canteen at Novo Nordisk or the Oxford chair, which he designed for St. Catherine’s College in Oxford. This gives the Series 7™ a universal quality that is open to interpretation and to blending into very different contexts, as demonstrated in the exhibition ‘7 cool architects’. In this exhibition, seven brilliant architects from around the world offer their interpretation of the Series 7 chair, seen through the prism of their own cultural background and their personal concept of architecture. 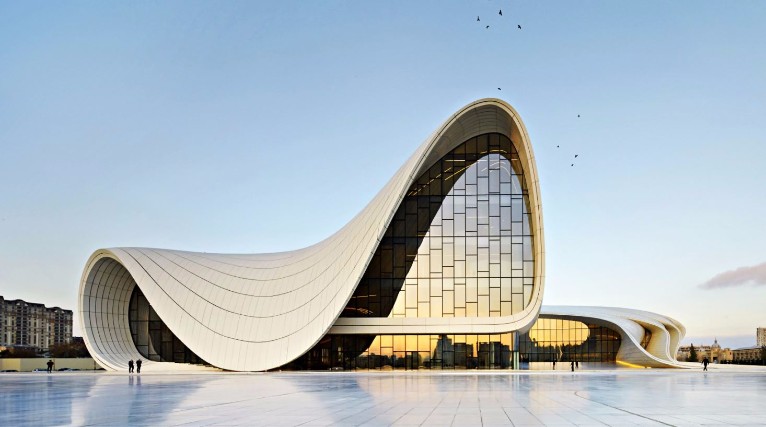 Zaha Hadid’s special edition formalizes the Series 7 chair as a dynamic and seamless expression of structure and support. Formed from two continuous steel rods, the sculptural base sweeps down to the ground and reaches up to embrace the undulating shape of the iconic plywood seat. 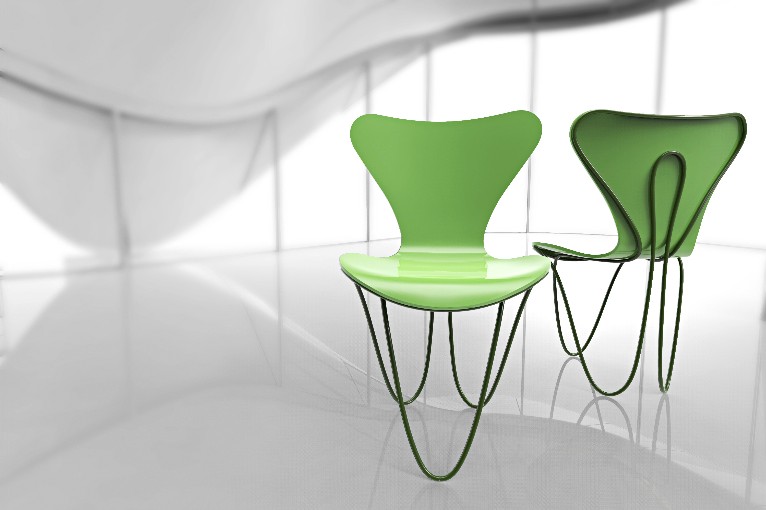 “The Seven chair has a timeless and distinctive silhouette, which has proven versatile in the number of ways its base can be modified.  ZHD wanted to address this relationship by designing a base which cradles the shell in a way where the base and the shell are elegantly interrelated and integrated,” says Zaha Hadid, CEO, Zaha Hadid Design. 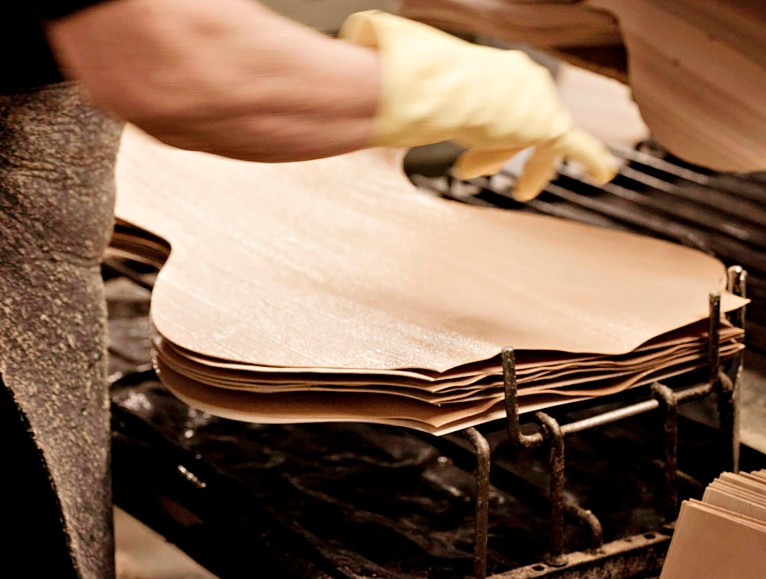 BIG’s contribution to the exhibition is inspired by the material properties of the chair: the essence of the layered veneer and the functionality of stacking. 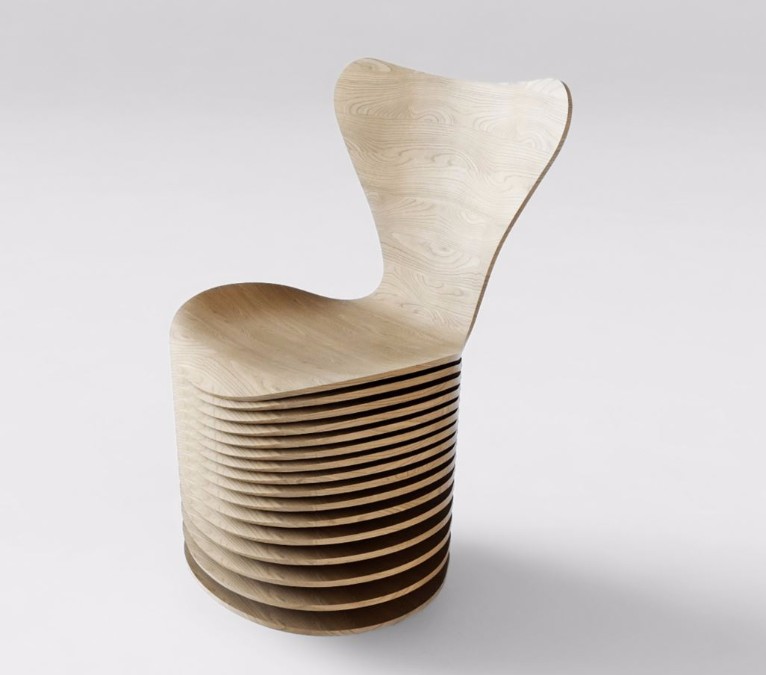 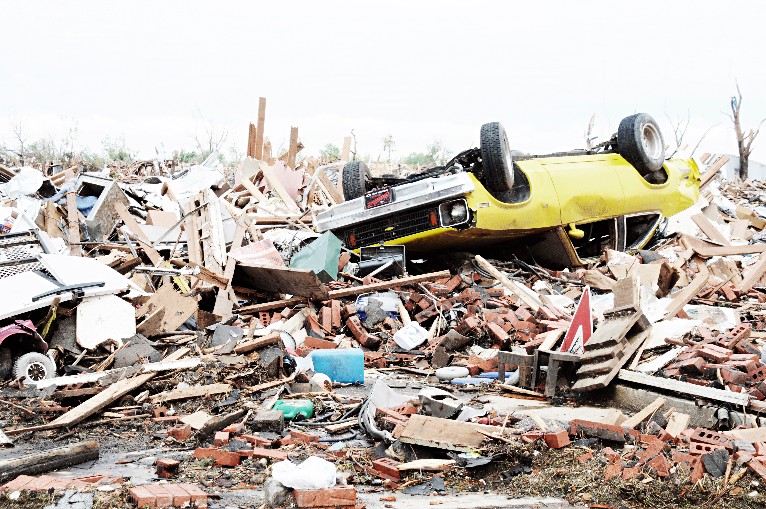 When buildings collapse during earthquakes the building materials are wasted. The idea of Jun Igarashi Architects is to collect the waste wood, introduce a colour and process it into boards that can be used for furniture. Resulting in a chair which character is defined from the kind of waste wood that is being used to make it and by the inherent memories of the material. 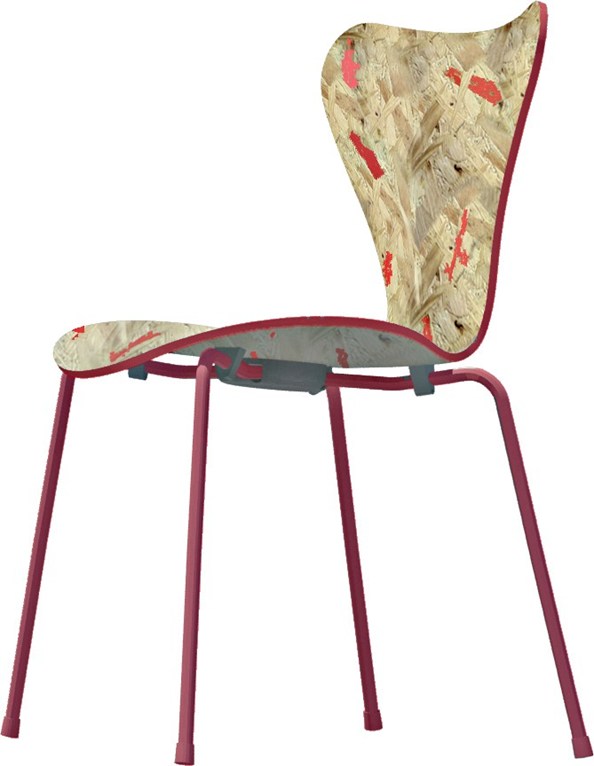 "In our work we have chosen the context of the wooden houses “house M” and “Rectangle of Light”. The unique qualities of the spaces are created by the sophisticated work with light and shadow forming a very quiet space. The quietness leaves room for the strong history of the making of the chair.” 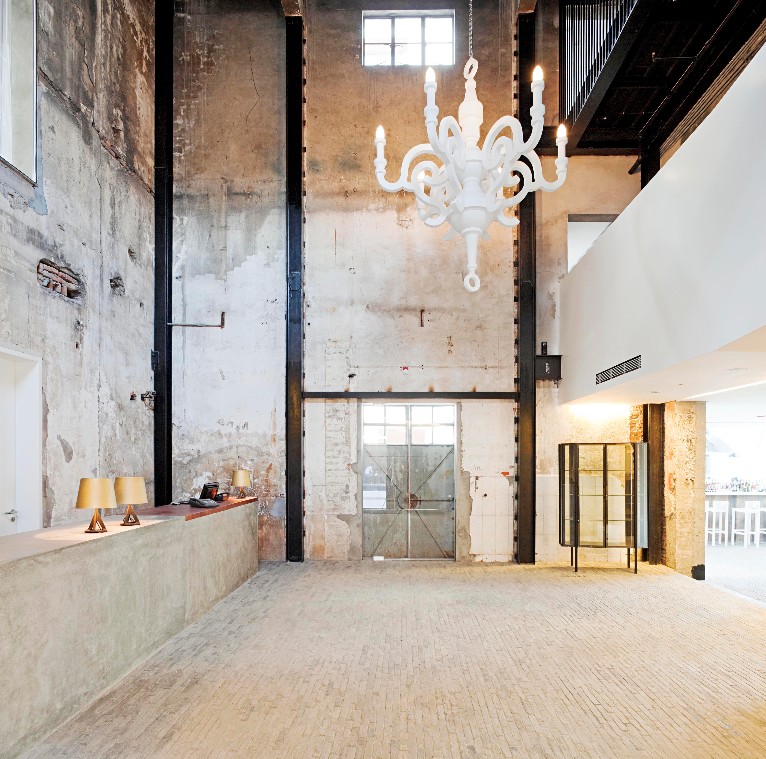 Located by the new Cool Docks development on the South Bund District of Shanghai, the The Waterhouse at South Bund is a four-story, 19-room boutique hotel built into an existing threestory Japanese Army headquarters building from the 1930’s. The boutique hotel fronts the Huangpu River and looks across at the gleaming Pudong skyline. The architectural concept behind Neri&Hu’s renovation rests on a clear contrast of what is old and new. 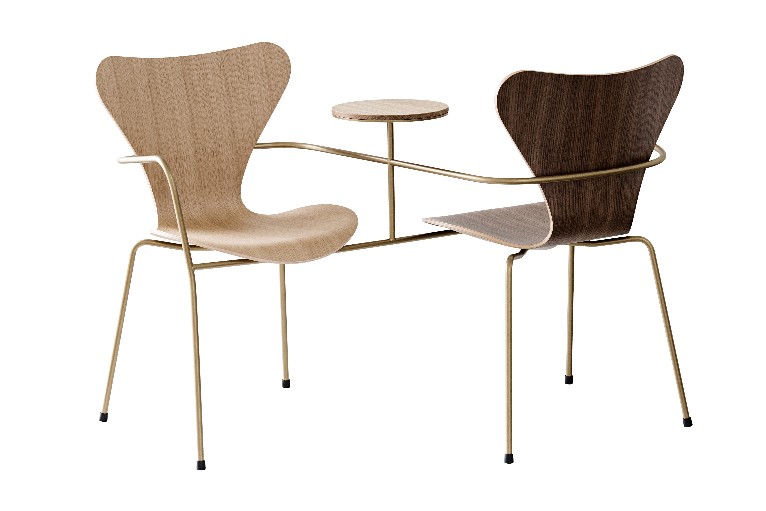 The idea of a replica, a double, a variation, a re-edition hinges on the duality between the original and the re-design, such as it is also seen in the renovation of The Waterhouse. "Our take on this project is to embrace this exact idea of duality and create an actual “double”. The doubling of two original seats facing each other becomes the new version: The singular chair multiplied as the individual becomes a community. The double as one set is an emphasis on the communal aspect of sitting, responding to the recent explosive media culture of sharism and openness, and through it Neri&Hu and Fritz Hansen gives back to the society a renewed notion of “together”, where we engage in not just ourselves but someone else. Reminding us that we are never alone, but always together. 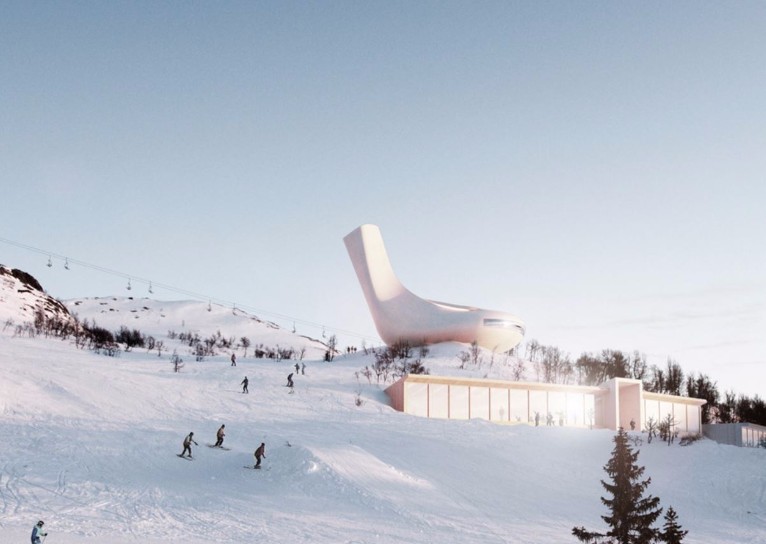 An idea without legs: How can a chair be a social tool? How can a design project be a remedy for human interaction and social innovation? We tend to ask ourselves these questions when we start any new project. Could the Series 7™ chair be subject to auxiliary socialization? What happens if we strip the Series 7™ from its legs? What happens if we withdraw the hard - more specifically the metal, from the chair? 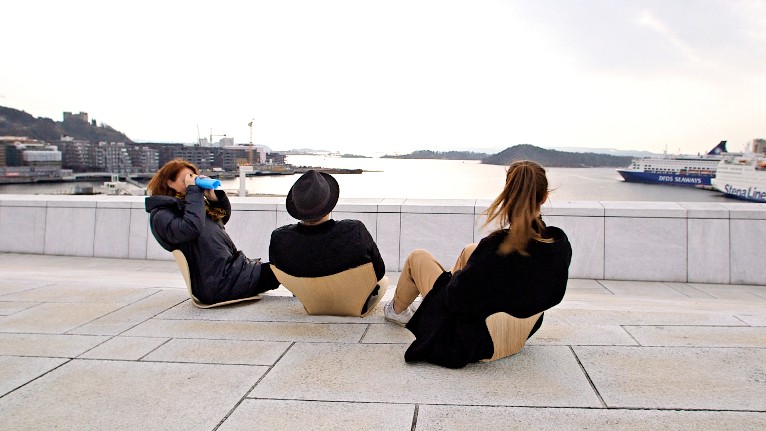 “We nurture differences. – says  Snøhetta  - When opposites meets, they conjure an interesting dialog. When nature meets the cultivated, when humans interact with architecture, when soft and hard co-exist, interesting things happen. Maybe the Series 7™ chair with its metal legs and wooden seat acknowledges this juxtaposition. We wanted to explore the soft side of chair.”

The wood is a representation of softness in contrast to metal. A legless construction is free and indeterminate. It is versatile and simple. And maybe it can be a symbol for social interaction and playfulness? If we add even more softness to it we might be able to create a new user experience – additional functionality. We want it to be a multifunction social tool in both singular and plural context. You can sit in any formation dictated by any social scene you are in. It can be a singular, free soft chair or a plural one in a fixed social situation. 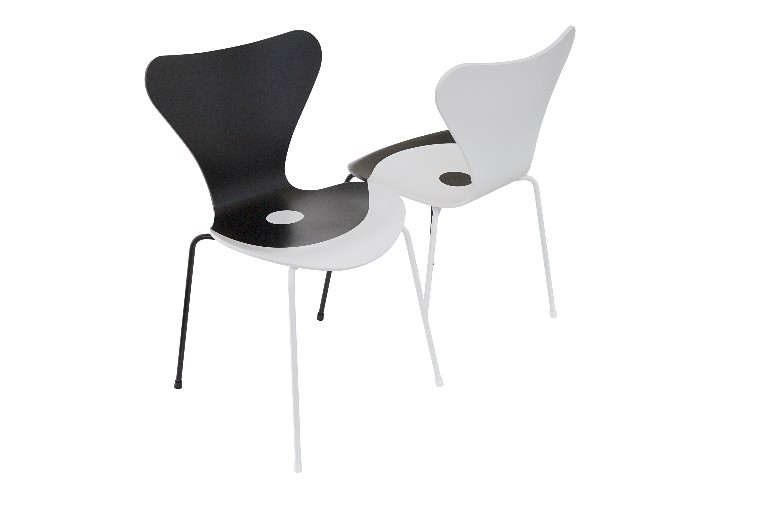 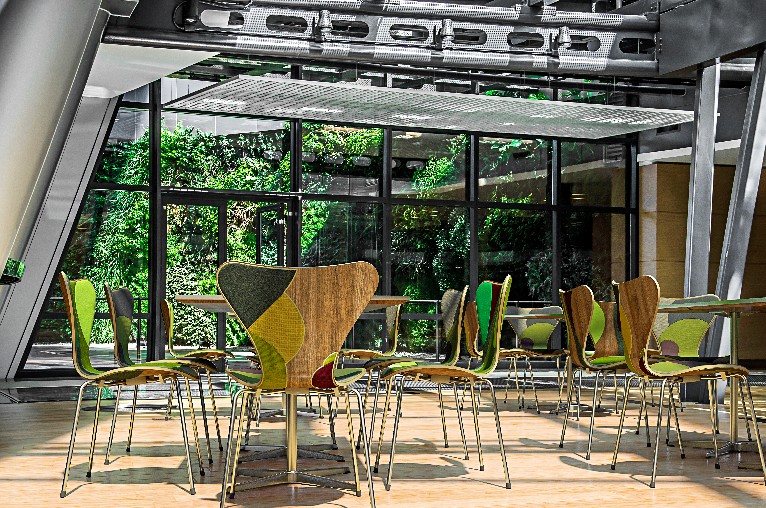