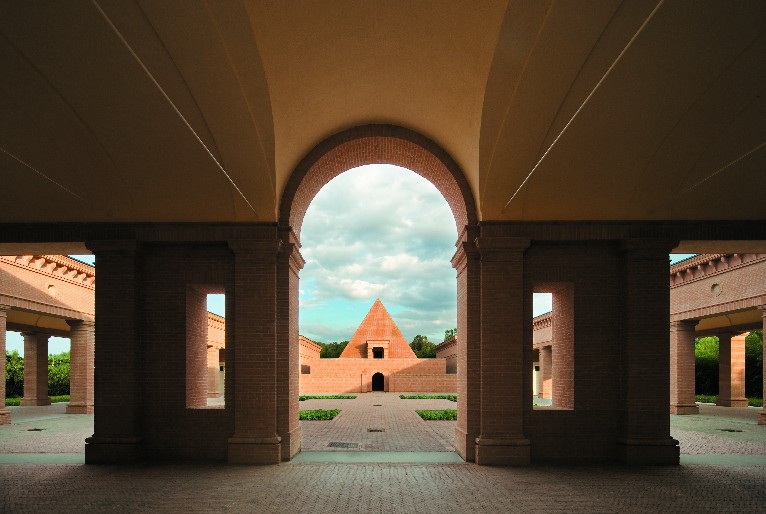 The largest labyrinth in the world was created at Fontanellato from an idea of Franco Maria Ricci, publisher, designer, art collector and bibliophile. He made a promise, in 1977, to the Argentinian writer Jorge Luis Borges, who had always been fascinated by the symbol of the labyrinth, also as a metaphor of the human condition. 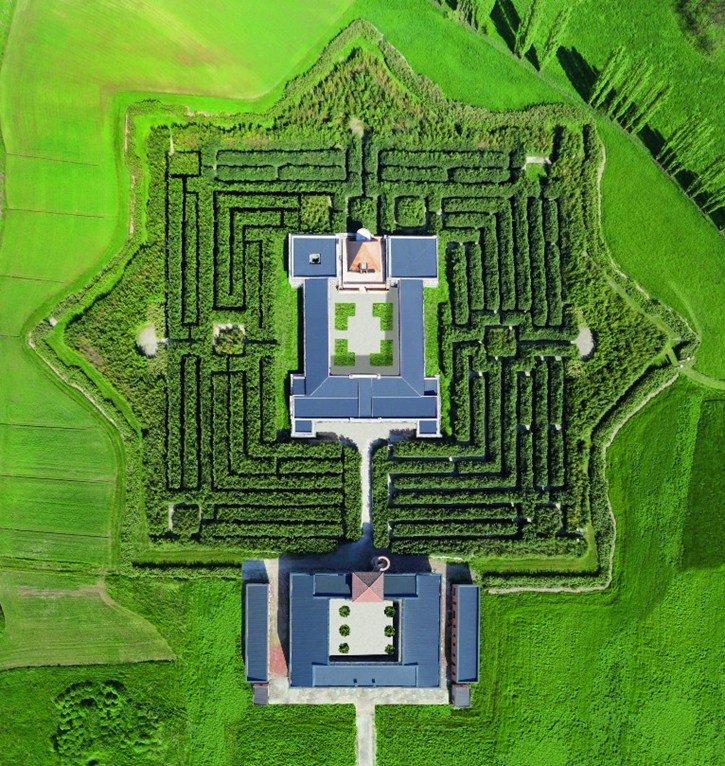 There are labyrinths with Minotaurs. And gardens full of delights. Edens where wandering is wonderful, mental labyrinths where you can lose and then find yourself.

The Ricci's idea is a place of culture, extending over eight hectares (80,000 sq. metres) of land, designed by him with the architects Pier Carlo Bontempi, who completed the surprising buildings, and Davide Dutto, who planned the geometry of the park. 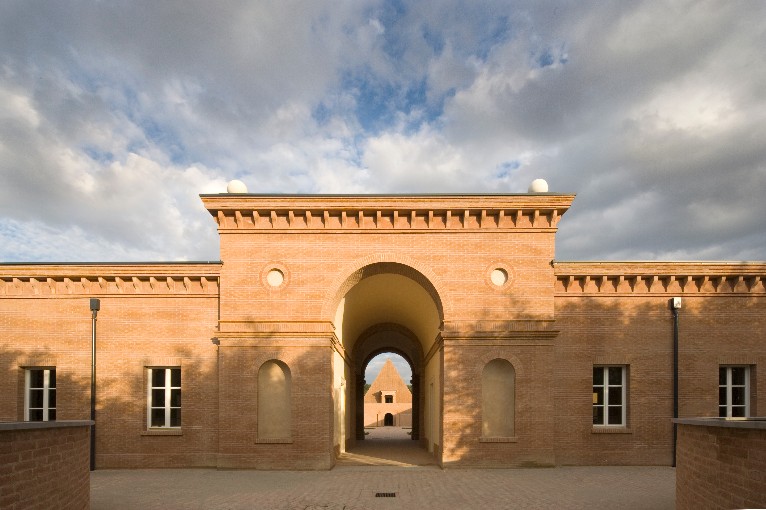 Located in Fontanellato, Parma, this bamboo labyrinth should be considered as a legacy to that strip of the Po Valley including Parma, its countryside and the nearby
towns, which Ricci has been tied to since birth and whose importance for art and the Italian landscape is often undervalued.

Fontanellato, with its splendid historic centre, the Rocca Sanvitale and Parmigianino’s frescoes, contains an extraordinary artistic heritage and is also well-known for good food. Ricci is fascinated not only by the vicinity to a place so full of beauty but also the fondness for Fontanellato’s rural nature, specifically the Masone estate, which has been in his family for generations.

The labyrinth is an original place of many shapes, starting from the architecture of the whole project.

There are three forms of classic labyrinth - the Cretan one with seven spirals, the Roman labyrinth with right angles and divided into quarters (four inter communicating labyrinths), and the Christian labyrinth with 11 spirals, of the Chartres type. 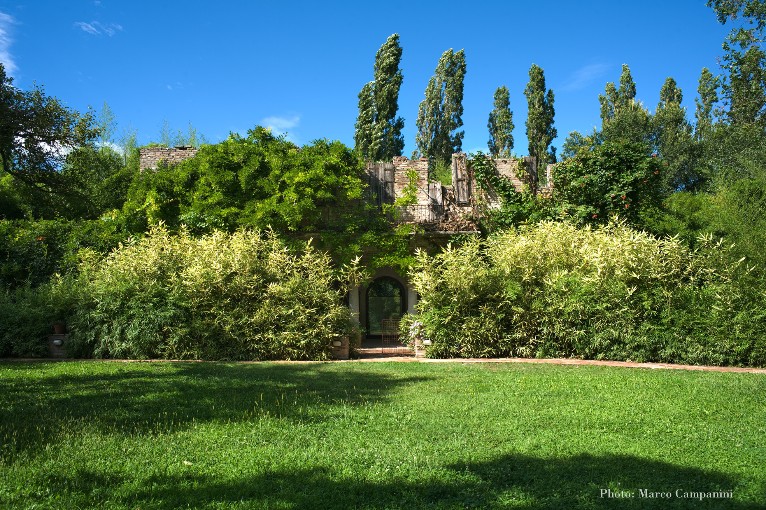 Ricci chose inspiration from the second one, nevertheless reworking it and introducing little traps here and there - junctions and blind alleys which there weren’t in the strictly unicursal (single-path) Roman labyrinths. The perimeter is star-shaped, a form which appears for the first time in Filarete’s Treatise on Architecture and was subsequently adopted by Vespasiano Gonzaga in Sabbioneta and the Venetian Republic at Palmanova in Friuli.

The maze project underwent a long elaboration with the architect Davide Dutto who had edited a volume with the virtual reconstructions of Poliphilo’s Garden for Franco Maria Ricci. 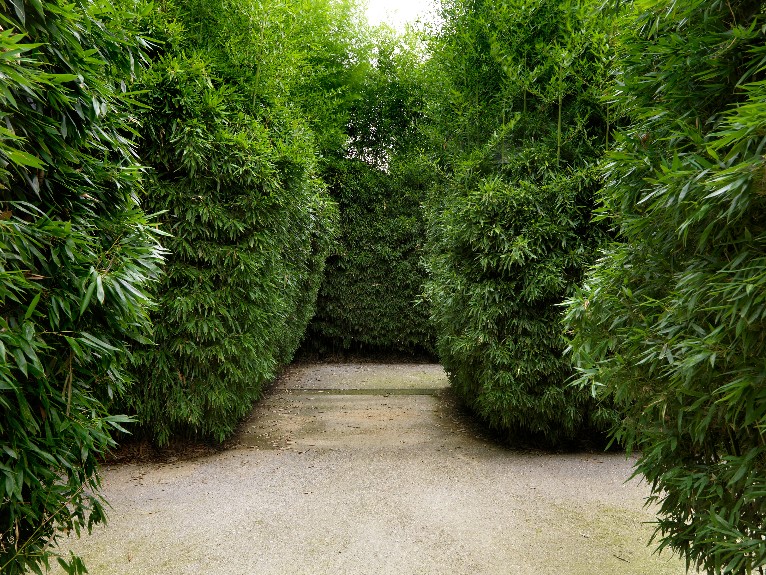 There is also a pyramid-shaped chapel inside the maze, a commemoration of the ancient link between mazes and faith. A labyrinth as a continuous reference between exterior and interior is depicted on the floor of this building and ceremonies can also be held there.