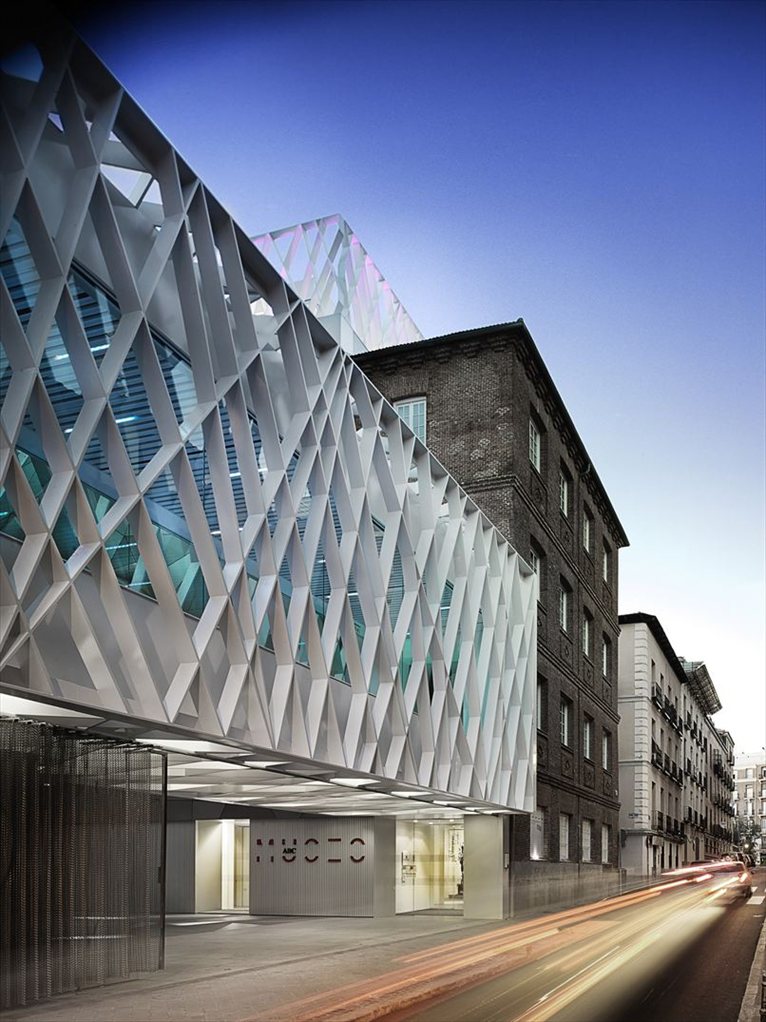 The new ABC Museum, designed by architects Aranguren + Gallegos, aims at becoming an international artistic benchmark as well as a symbol of the cultural offer of Madrid. It is entirely dedicated to the world of drawing and illustration and has few rivals in Europe capable of standing comparison with the liveliness of the initiatives and with charm of its location.

It has been created inside an old factory in Calle de Amaniel, not far from the gardens of Plaza de España in the centre of Madrid. The work had to satisfy many of the project challenges typical of historical contexts without forgetting to express its contemporary nature.

Apart from consolidating the existing structures and adding discontinuous elements, like the prismatic entrance façade, the museum proposes expansion of the building's possibilities. The museum can be accessed from both sides, thus creating a connection between the two streets and its patio.

The designers' approach is clear, the basic question is: How can we transform the historical building so as to increase its functional (and evocative) possibilities? The architectural possibilities used to achieve the declared purpose is based on the creation of a “tensioned vacuum”, a “spatial dihedron”, as the designers call it, made up of a horizontal plane of the patio floor and the vertical plane of the façade inside the old factory.

Both planes are covered with the same material, steel in an opaque grey shade and both have similar triangular openings which filter the light inside exhibition spaces. By overcoming the eternal criticism of “integral preservation” and “modernness at any cost”, this project helps us to reflect on Jean Baudrillard's phrase which the designers quote at the beginning of their report on the project.

"Architecture is a mixture of NOSTALGIA and ANTICIPATION, the co-existence of history and vanguard".