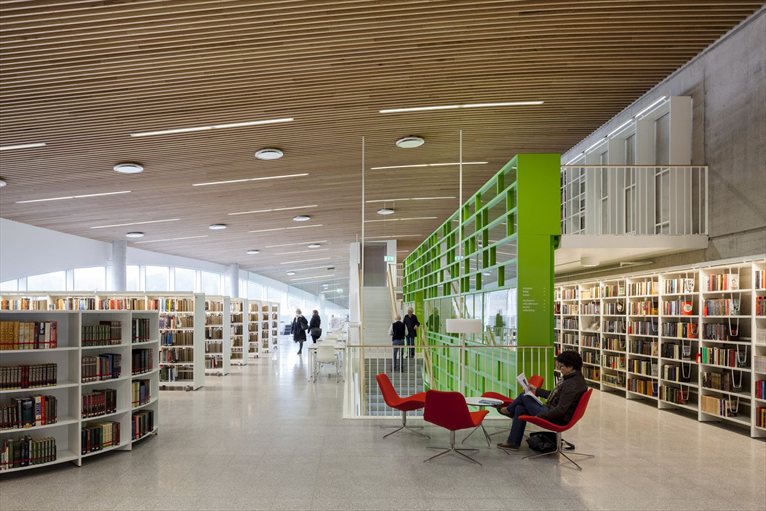 In April the new cultural centre 'The Arch Cultural Centre' in Mandal, Noway was officially opened. It was designed by the Danish Architectural office 3XN Architects within the waterfront redevelopment operation of this small tourist town on the North Sea.

The new building covers an area of about 4,500 square metres and contains different environments and functions serving the local community, from the library to the theatre, from the cinema to the exhibition gallery and refreshment areas.

The white silhouette of the structure made of reinforced concrete is broken by arched windows on the façade and its shape recalls the sinuous forms of the hilly landscape surrounding the town of Mandal, as well as offering visitors a panoramic view of the sea.

Internally the walls are also white in order to make the exposed wooden truss ceilings stand out.

After winning the competition for designing The Arch centre in 2003, work began in 2009 and ended last December.

The building will soon have a green roof which will improve integration with the natural context and a bridge for crossing the river Mandal, designed with the same fluid characteristics as the whole unit.