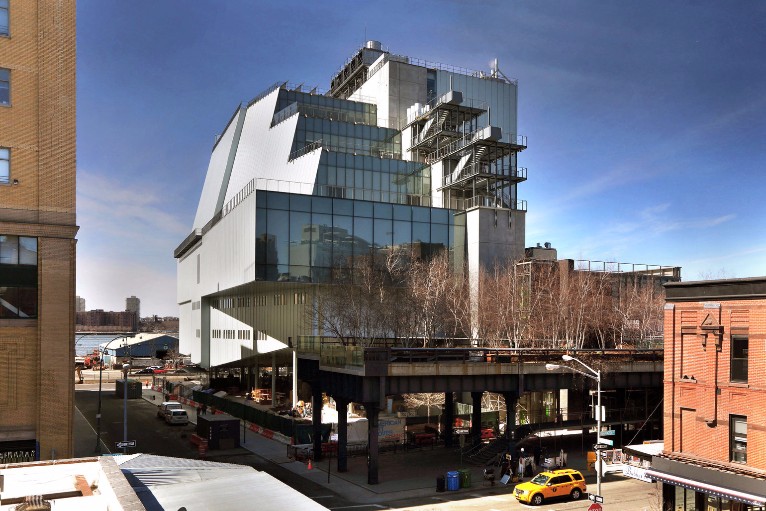 The lightshow marks two historic occasions: the opening day of the Whitney Museum of American Art  by Renzo Piano – designed building in Manhattan’s Meatpacking District and the eighty-fourth anniversary of the Empire State Building. 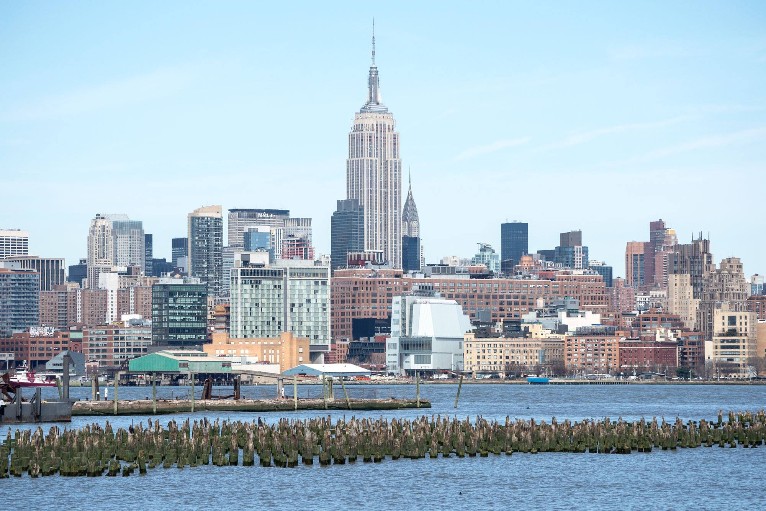 Beginning at 8 pm on Friday, May 1, each of the twelve artworks will be showcased for thirty minutes, with the light show ending at 2 am on Saturday, May 2. Most of the works that inspired the light show will be on view at the Whitney as part of the new building’s inaugural exhibition, America Is Hard to See (May 1–September 27, 2015).

“We’re thrilled to see these incredible works from the Whitney’s collection interpreted on one of the most iconic buildings in the world—one that has been the subject of many an artist’s work,” said Donna De Salvo, the Whitney’s Chief Curator and Deputy Director for Programs.

“We can’t imagine a more spectacular way in which to signal the opening of our new building and celebrate the art and artists of the United States.” “The Empire State Building has brought music, sports, and elections to life with our state-of-the-art lighting system, and now we’re delighted to showcase the impressive artwork of the Whitney Museum of American Art,” said Anthony E. Malkin, Chairman and CEO of ESRT.

“Our partnership with the Whitney will give the people of New York a celebration of two of the city’s iconic institutions.”

To kick off the celebration, a lighting ceremony will take place at the Empire State Building for invited media and guests on May 1. John B. Kessler, President and Chief Operating Officer of Empire State Realty Trust; Adam D. Weinberg, the Whitney’s Alice Pratt Brown Director; Donna De Salvo, the Whitney’s Chief Curator and Deputy Director for Programs; and some of the artists whose work will be interpreted in the light show will jointly flip the “switch” and light the building in celebratory colors.