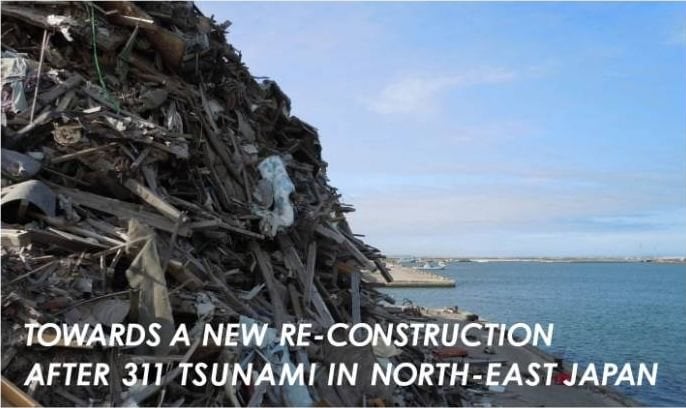 RIBA (Royal Institute of British Architects), BOZAR ARCHITECTURE, A+ revue belge d’architecture and JIA (The Japan Institue of Architects) are organising two symposia, one at BOZAR ( Rue Ravenstein, 23) in Brussels on May 6th and the other at RIBA (66 Portland Place) in London on May 8th regarding the reconstruction and sustainable redevelopment of North East Japan (Yuriage Renaissance Project).

The symposia are open to everybody, entrance is free but you have to book in advance, so if you are in London and feel you have a contribution to make (attendees input is welcomed) click on this link and book your seat: RIBA A New Construction after 311 Tsunami

Type nine eleven on google and the first thing you find is a wikipedia page of the September 11 attacks on America. Type three eleven and you get the name of a simple rock band (not wanting to take anything away from them) and in second place the name of a BOAC airliner!

This may show that, at least in the West, this catastrophe, which occurred just over a year ago, has not been given so much consideration, although we like to think that it is because it happened such a short time ago and so it hasn't yet become “History” with a capital H. These symposia aim to raise international awareness for the people living in the area, but also for people in other areas of the world affected by natural disasters.

Anyway, these considerations apart, a quick look at some cold figures give some idea of its extent: 19,000 deaths, 111,541 buildings totally destroyed, 84,003 buildings substantially destroyed, 340,632 buildings partly destroyed ... between 400 and 700 billion US dollars of damage, making it the most expensive earthquake of all time.

These two events give European architects a great opportunity to learn about the context of the disaster area from the point of view of local architects and about some of the leading proposals. After the introductory lectures there will be an open discussion with all the attendees.