Historically, London has a low-rise skyline, but the city is quickly developing a more modern appearance. A number of skyscrapers have been constructed, fueled by a strong demand for office space and a growing population that requires more housing options in a city with a shortage of land. Foreign money is having a significant impact on construction in London and it is expected to continue for some time to come. A look at recent projects shows how radically the city skyline is changing. 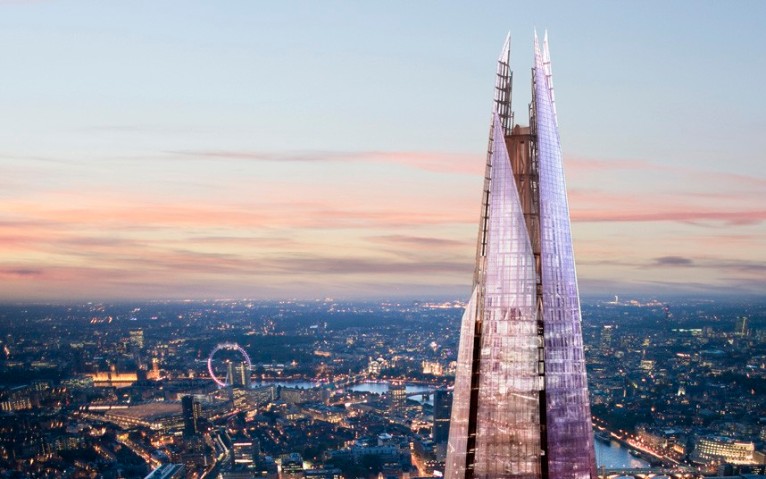 The Shard, also known as the Shard London Bridge, rises for 309 metres at its highest point. It was completed in 2009 and was designated the tallest building in the European Union in 2011. The pyramidal tower covered in glass contains offices, a hotel and residences. A privately operated observation tower provides panoramic views of the city.

Located in Croydon, the Odalisk rises 199 metres above the city, with 55 floors to be used for residential and hotel purposes. The building features a looped, bronze band with open sections that swirl up and down the structure. The Greater London Authority planners approved its recessed and projecting features to add character to the city, though not all residents agree. 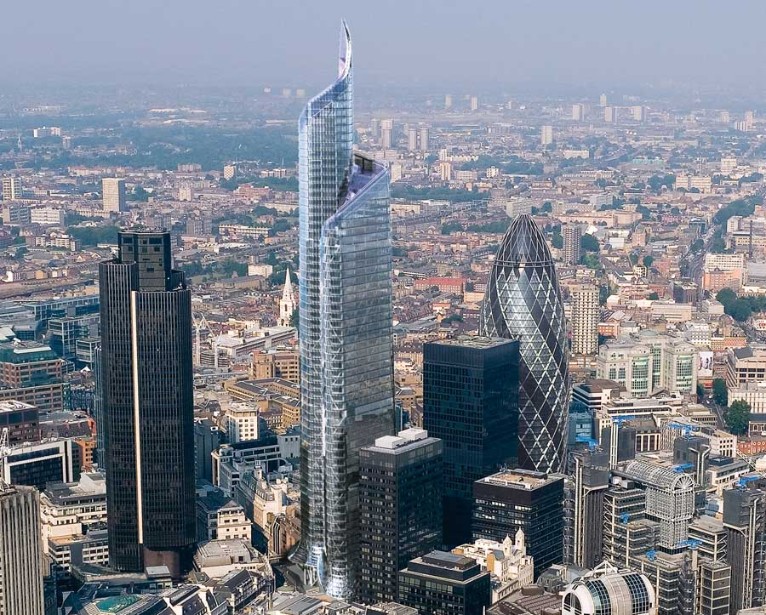 This structure, which is currently under construction as of early 2015, will contain 60 stories and will be the tallest structure in the financial district, at 262 m. The Pinnacle was designed to have a spiraling upper section with solar panels providing energy for the building. The construction became contentious on a number of design issues and was reconfigured with the same basic exterior plan. The Pinnacle was designed to be used for commercial office space.

With spiky metal protrusions that create a dramatic effect like a quill pen, this 31-floor structure will rise 109 metres high over the city. The building will house students in a high-end, silver residence with narrow windows that overlook the city. It will also contain a bar, student hub, library, café and gym. 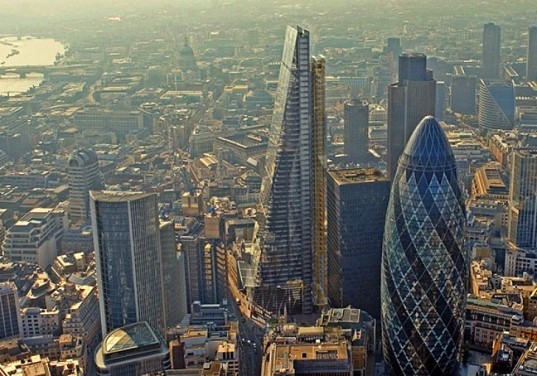 Leadenhall Tower, located near St. Paul’s Cathedral, has a sloping side reminiscent of the kitchen item. It rises 225 metres tall with 48 floors of commercial offices. It was specifically designed to avoid obstructing the imposing view of the Cathedral, an iconic London structure. This consideration is becoming an important factor in approving new construction in the city, a factor that architects will be expected to keep in mind.

Looking much like the old-style communication device in configuration, this structure rises 36 floors and 160 metres above London. It houses commercial offices, with a glassed-in garden “public space” at the top.