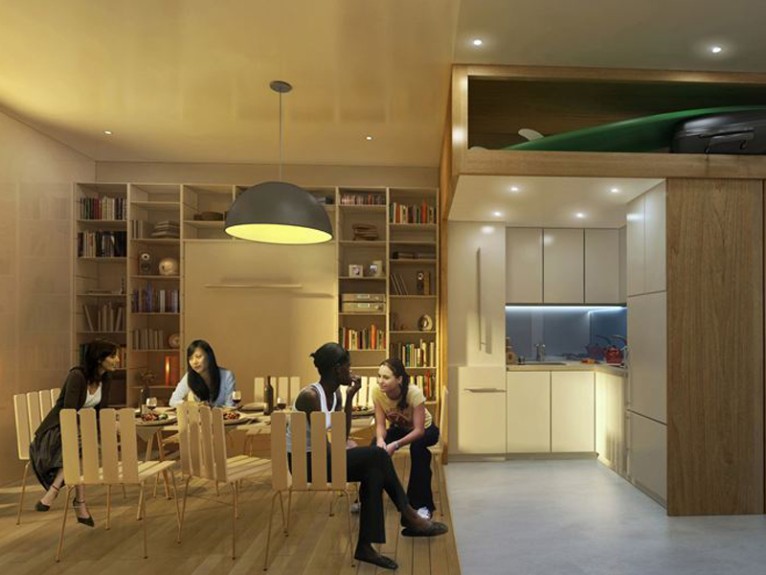 Tiny Houses are really having their moment. They’re the hottest thing to come out of the architecture and design world right now, so if you’re still living large in a McMansion somewhere in suburbia, you’re about as outdated as an 80s mullet. This “cramped is cool” trend has made its way to NYC in the form of Mayor Bloomberg’s 2013 New Housing Marketplace Plan. A number of housing laws were waived as part of the plan in order to allow for the construction of an entire building of micro units in an attempt to allow more people to move into the city at an accessible price. Considering both the recent affinity for small houses and the apparent ease with which housing laws are erased, the trend will likely catch on. But what are social and psychological effects of this kind of architectural shift? 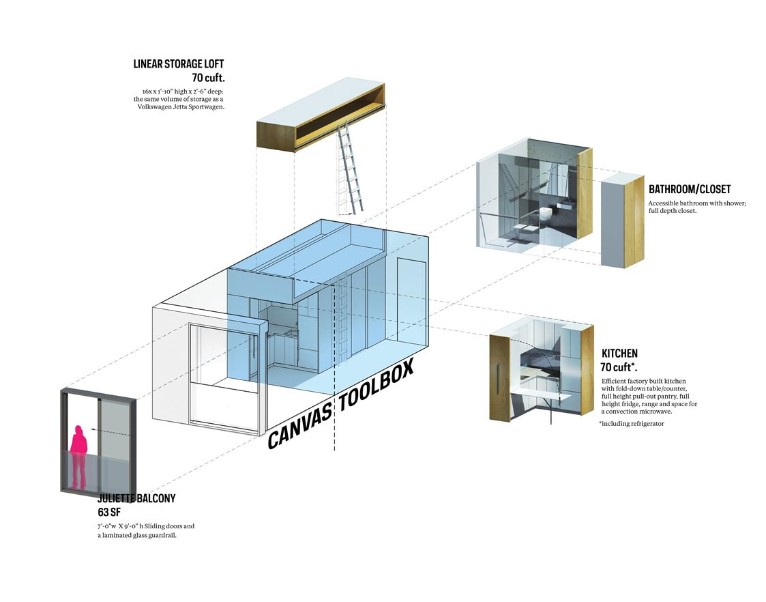 nARCHITECTS, a Brooklyn based design firm, was chosen as the winning proposal for the adAPT NYC housing project with their project MY MICRO NY. Each apartment is between 250 and 370 square feet, a size considered liveable thanks to aspects like floor to ceiling windows and balconies which create an atmosphere of plentiful space, light, and air. The apartment consists of a “toolbox” area which includes all utilities, and a “canvas space” which functions as both a living and sleeping area. The Actors Fund HDC aided in the interpretation of the concept, adding shared areas like dance studios, libraries,  rooftop gardens, and a cultural area on the ground floor to allow for socialization. 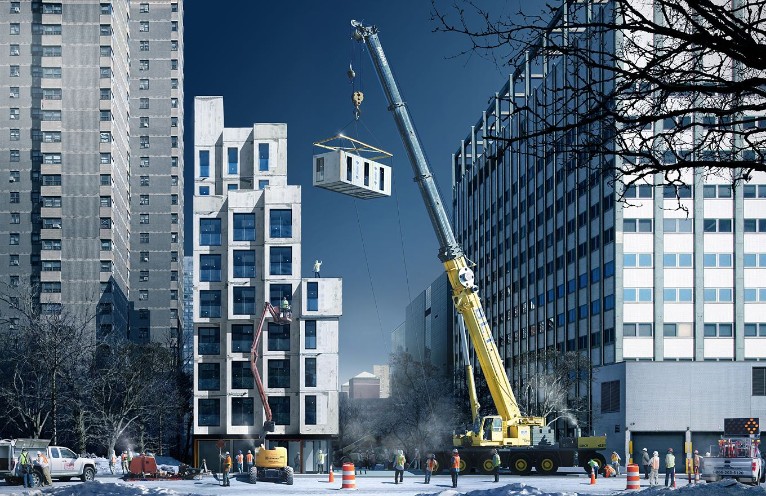 But some experts are skeptical and believe that living in such small areas will eventually have negative effects on the population. Dak Kopec is an environmental psychologist and architect. He’s also the renowned author of three books and several journal articles which discuss environmental psychology and design. He’s shed quite a bit of light on how living spaces affect humans, making him an authority on the subject. He states that while the concept of tiny housing is nothing new, the increased human density in these spaces is what’s alarming and that the overall effect on entire cities could be detrimental.

“Imagine a glass of water. The water signifies the volume of air within the space. Place some rocks into the glass of water to symbolically represent objects in the space. Notice how water/air is pushed out of the glass, thus reducing the total volume that water/air can occupy. This equates to less dispersion rates of airborne viruses and bacteria, and less space for people move between destinations.” Thus, while this specific housing project may not cause crowding inside living spaces, the initiative to move more households into the city could cause more crowding than NY can handle.

Another major issue which Kopec points out pertains to the psychological ramifications of micro-living.  High social densities and crowding tend to cause negative behavioral effects. He states “Different people have different tolerances to cope with crowded conditions. Those who have low coping abilities often experience anxiety, agitation, and frustration that can manifest in outward or inward behavioral responses. An outward response might be an aggressive act to someone else (i.e. purposely bumping into a stranger); an inward response might be an act to oneself (i.e. consuming too much alcohol)." This outlook certainly paints an unpleasant picture for the future of a jam-packed NYC. 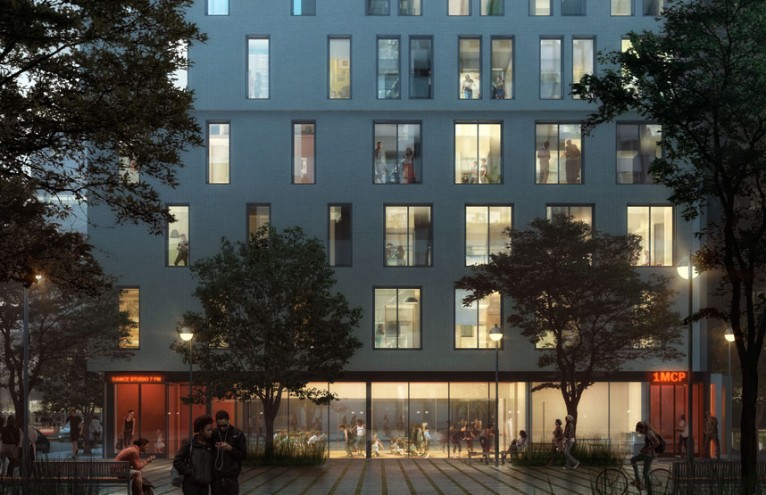 The project’s creators, however, claim this initiative is the most effective way to create new housing in NYC. In an interview with Brian Lehrer, Sarah Watson, member of  the Citizen Housing Planning Council, stated that at the moment, the majority of one to two person households are sharing homes illegally and living in unfit, cramped environments. Not only is this housing solution legal and more  comfortable, but it’s design and social areas make “living small” a luxury. 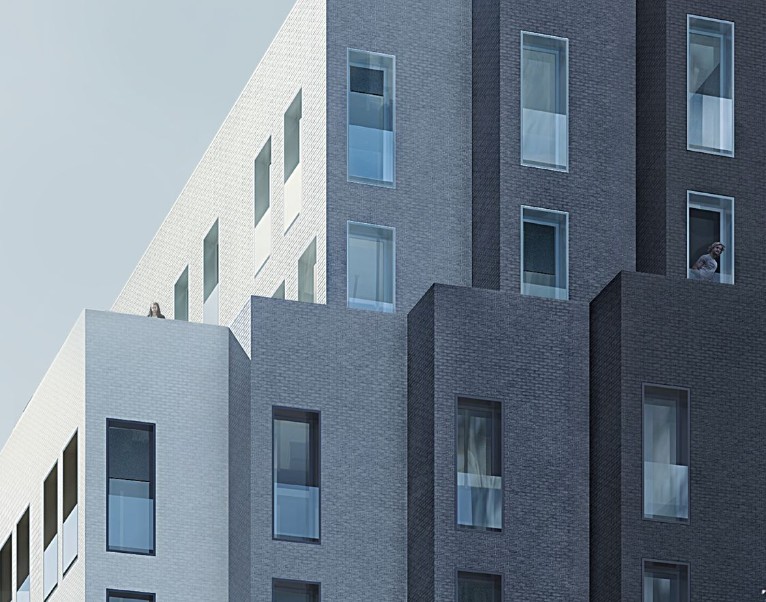 In reference to the shared living spaces included in the design of the project, Mimi Hoang, partner at nArchitects, says “We think it’s very important that people living in very small spaces feel that they’re part of something greater…something bigger than the four walls of their apartment”. Thus the idea of the micro housing unit considers and resolves the problem of isolation and tries to accommodate small households in a way that is both spatially and psychologically comfortable.

Are these positive aspects enough to combat the possible negative effects that this type of housing could have on the city and on the population in general?  Will living in smaller spaces force people to spend more time out of individual homes and more time in social areas, causing the proliferation of communities? Or are such housing projects a money-making ploy to stuff more people into already crowded cities? 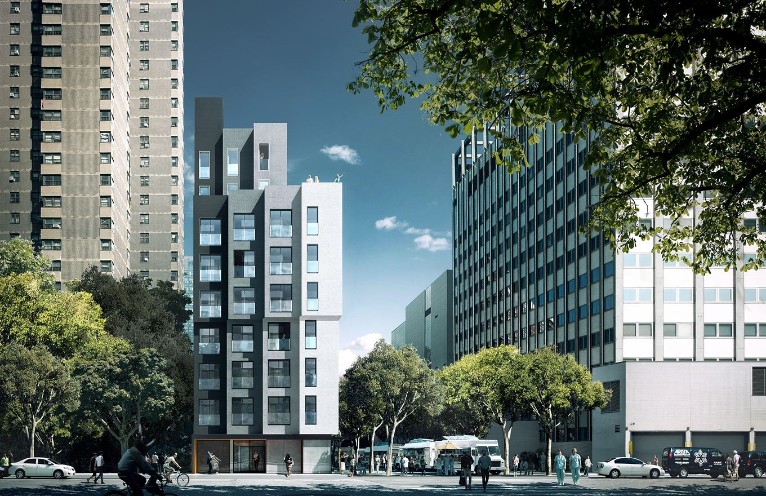 While it may be too soon to consider the long term outcome of this architectural shift, shouldn’t we begin reflecting on how our homes are continuing to change and whether or not it is for the better? Is this "tiny home" fashion here to stay?