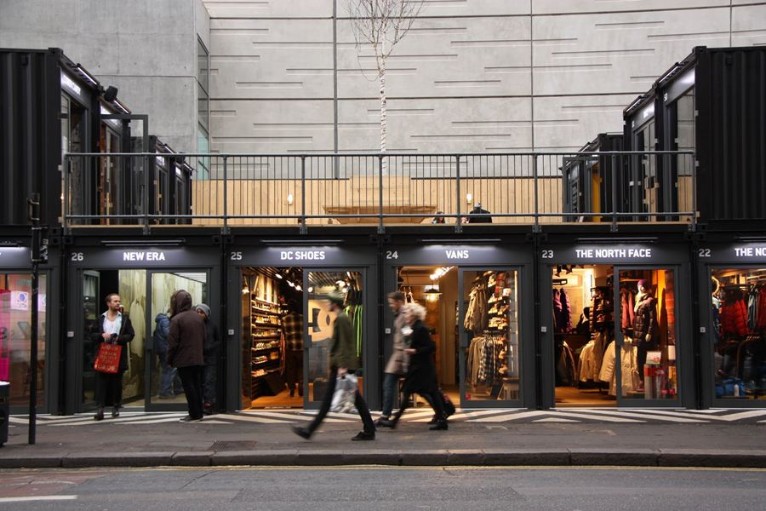 INTERIORS _ Like every Christmas it is time to get ready for long and exhausting walks around the city to find the perfect gift for friends and family.
Come out from the maniac atmosphere of the shopping mall and combine business with pleasure checking the most fancy shop interiors around the city.
If you are in London we would like to give you a couple of tips that could help you to satisfy your design hunger and perhaps come across the perfect present. 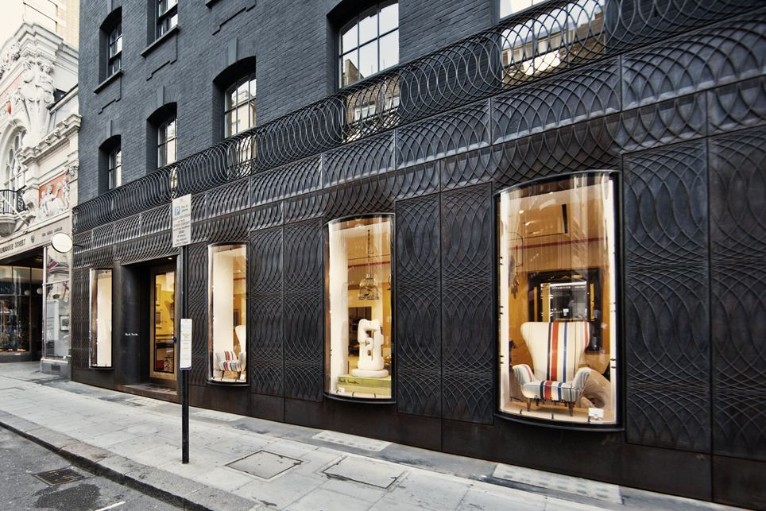 The new Albemarle Street shop front for Paul Smith shop by 6a Architects builds on a familiar material tradition in London. Cast iron forms an understated background to the city’s streets; its railings, gratings, balconies, and lamp posts. Paul’s brief was an eclectic collection of references, images, textures and traditions, encompassing military medals, woven hats and finely drawn gold ingots alongside sharp tailoring, the soft fall of cloth, craftsmanship and delight in surprise. The ground floor rustication of Georgian townhouses and the ornamental language of 18th century shop fronts were reinterpreted and abstracted in a sinuous pattern of interlocking circles cast into a new solid iron façade. 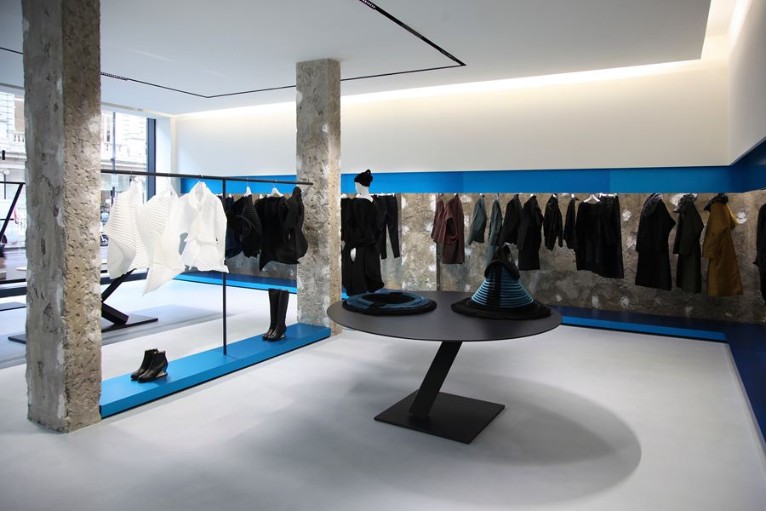 In the Issey Miyake London new flagship store by Tokujin Yoshioka at Brook street in London, it is expressed that this futuristic contrast between the texture created through long time and the aluminum dyed blue like a fabric. As like Issey Miyake's creation does, the idea of combination of technology and hand work is appeared in the store. 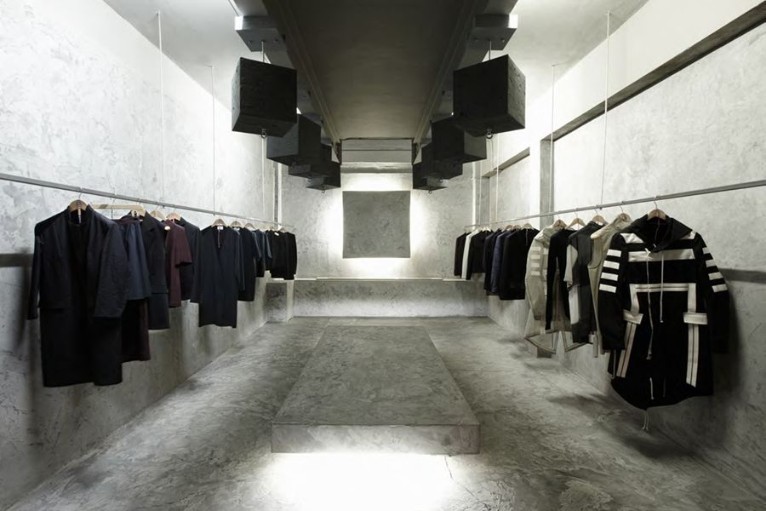 The bricks and mortar space of LN-CC store in East London has been an extensive expansion and renovation of LN-CC as a whole. Two completely new areas include The Secular Space: a sleek, neoprene-encased tunnel showcasing our footwear and leather goods. The second major addition is Chameleon sound space, a new bar area that is available to customers during the day as well as acting as a hub for our monthly events. The Secular space is a newly dedicated room housing their footwear and leather goods. The room’s octagonal form mirrors the main tunnel, though constructed from crisp, floor-to-ceiling neoprene that lends a clean and understated feel. 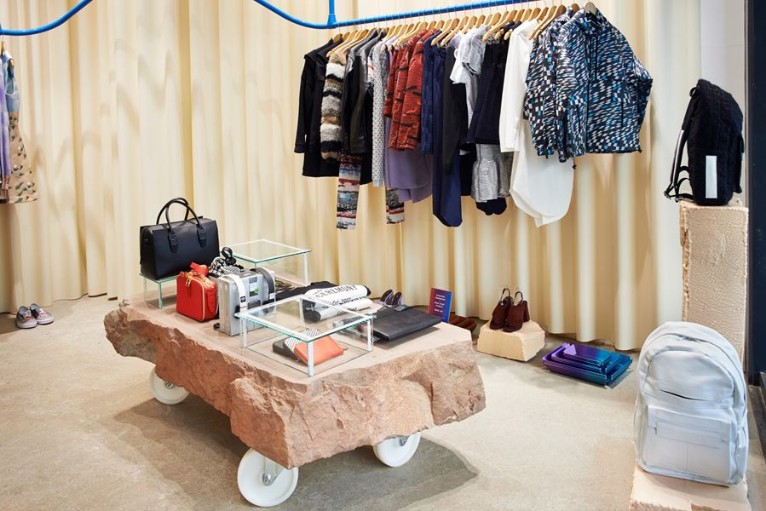 Opening Ceremonyinvited acclaimed British designer Max Lamb to create the interior concept for the shop. Its distinctive layout was the starting point for the design concept resulting in a unique space where floating rails contrast the existence of raw heavy objects. Using his modern craftsmanship approach, Max has created a bespoke concept for the jewel box space punctuated by a centrepiece table cut out of natural rock. A white latex curtain encircling the shop provides a striking contrast backdrop.

Too much shopping, do you need a cup of coffee to recover yourself? Let's try The Attendant 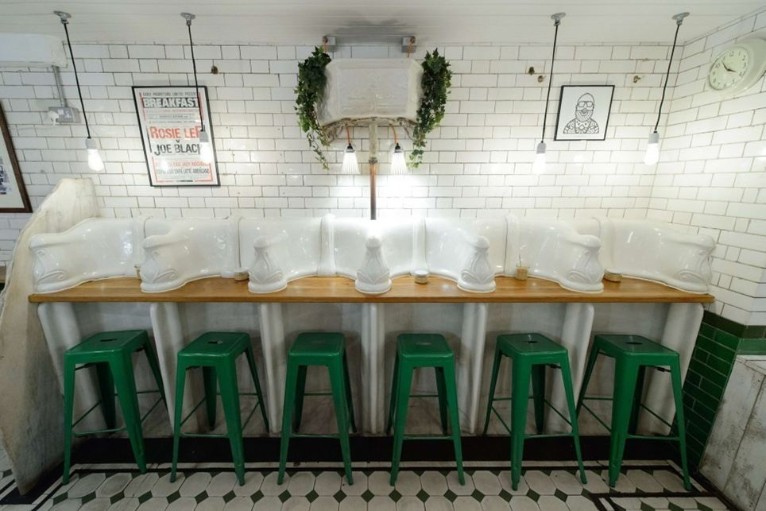 The former Victorian Gentleman’s convenience, in the heart of Fitzrovia, underwent a yearlong renovation to transform the old London toilet into an eclectic coffee shop full of character and quirky features.