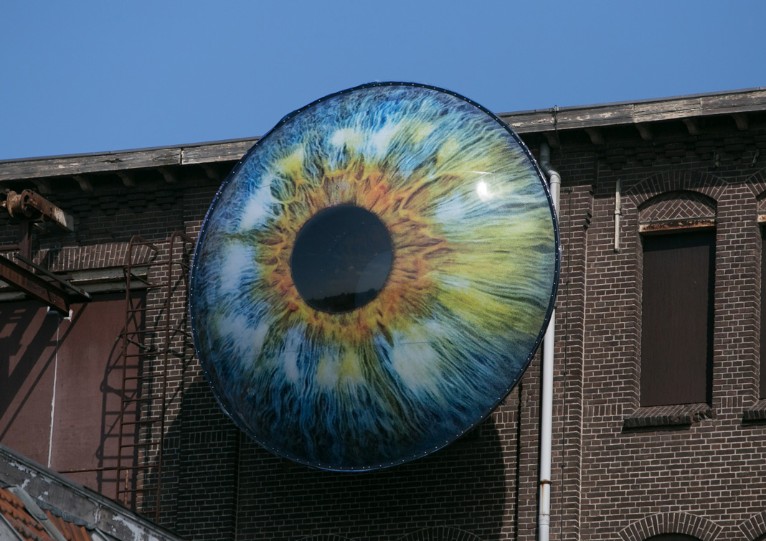 How can a project be so historically relevant,  so touching… and yet so unsettling? If the citizens of Brabant have been feeling watched over the past two months, I could certainly understand why! Artist Lucas De Man has decked out five buildings with giant eye balls that watch over the city. It's a theatrical and interactive installation that calls for citizens to look upon the soul of the city. 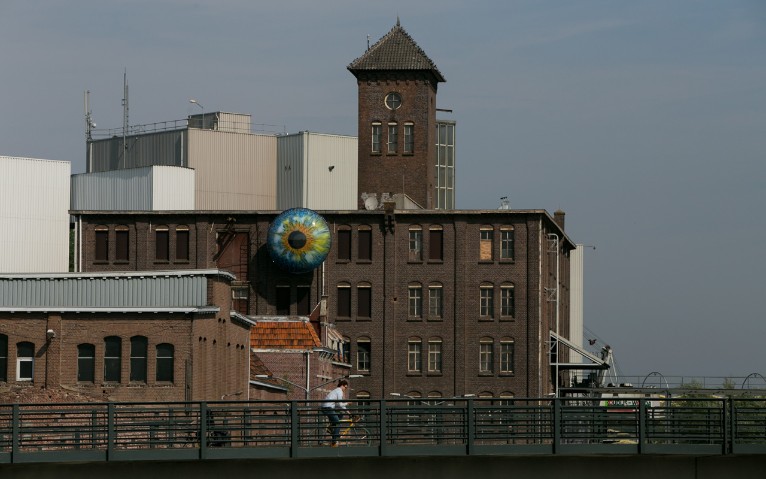 The project is an attempt to crush the isolation that comes with increased urbanization. As Lucas says: “cities are growing exponentially, but at the same time, becoming extremely anonymous.” In an attempt to make the city human,  Lucas recreated the classic symbol of human quintessence: the eye. The installation is meant to connect city-dwellers not only with their architectural surroundings, but also to other humans. It is an invitation to share their inner selves with the city as whole. He states “a city with eyes is a city which looks at itself.” 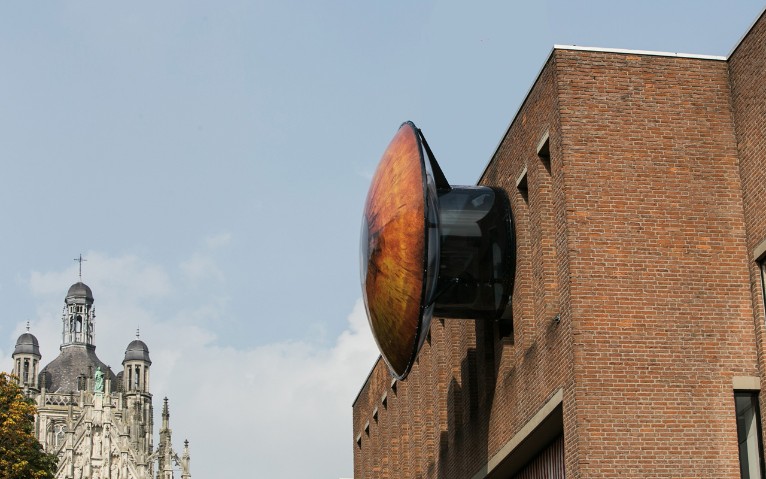 The project consists of a physical and audio-visual experience inside a giant eye which is cantilevered over the buildings. Visitors sit on a chair one at a time and are pushed out into the pupil of the eye, where the performance begins.  The audio urges each person to really look at the city, to view the panorama from a new perspective. It then challenges each individual to soul search, to take a moment and reflect on their own loneliness and weaknesses. Finally, the voice asks the visitor to behold the city, and in the aftermath of the introspection, asks “what do you see now?” 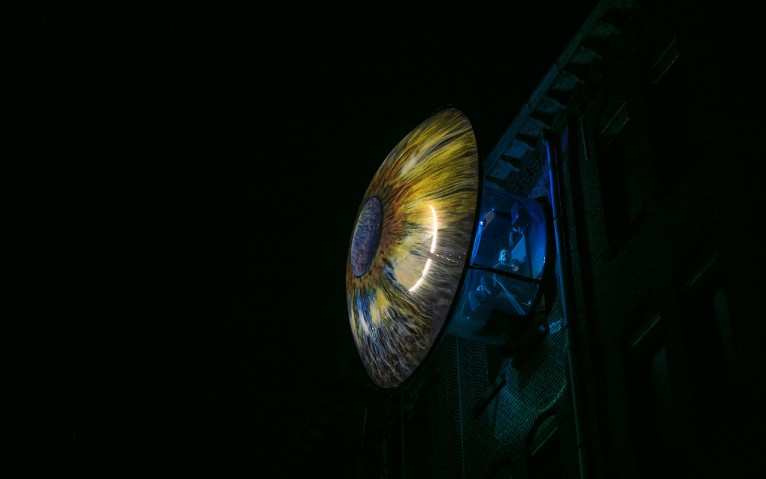 The giant eyeballs are imitations of the eyes of 5 real city-dwellers. The different hued peepers gaze out from five different buildings which include a theatre, a modern hospital, an old large factory, a monument, and a large corporate headquarters. 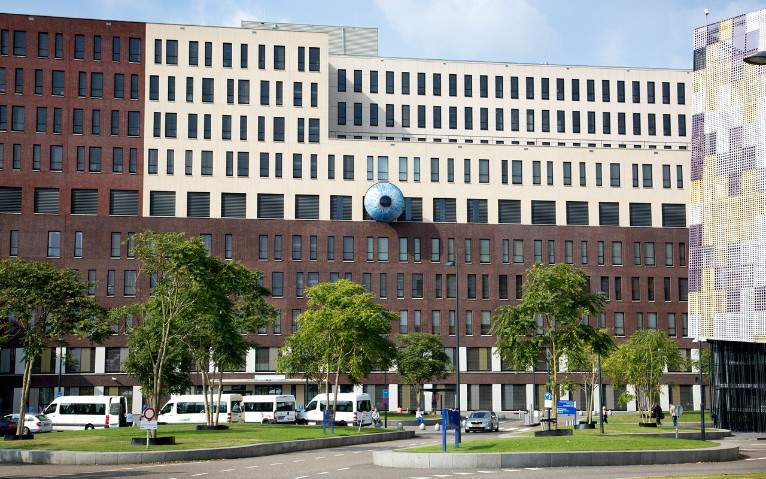 The project was coproduced with New Heroes and Het Zuidelijk Toneel. It is now in ‘s-Hertogenbosch until November 1st 2014 and will tour internationally throughout 2015.