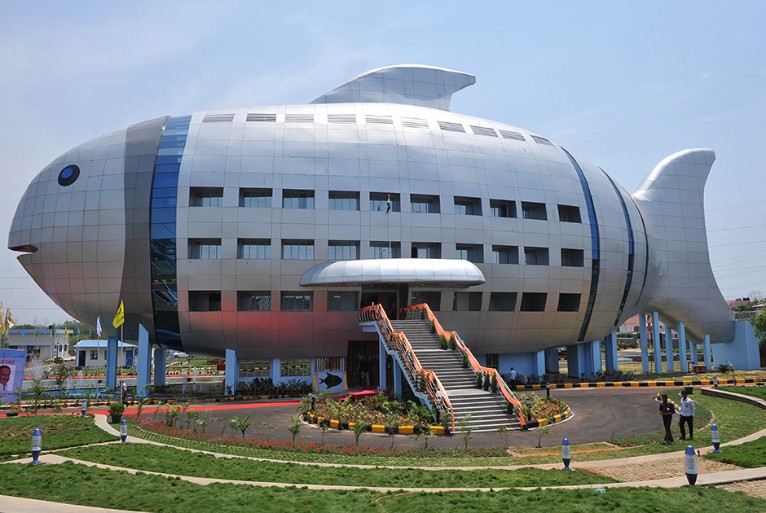 Just last week,  Chinese president Xi Jinping asked architects to ease up on “weird architecture”. He specifically scoffed at the CCTV headquarters building, acknowledging its resemblance to a pair of pants. In his opinion, architecture should rather  “be like sunshine from the blue sky and the breeze in spring that will inspire minds, warm hearts, cultivate taste and clean up undesirable work styles".

Yawn! Come on, President Xing, lighten up! In China’s defense, they’re not the only ones churning out oddly shaped buildings. Buildings all over the world like to dress in costume!  And since we’re all hyped up on the Halloween sprit, it’s the perfect occasion to have a look at some of the kookiest works. Maybe they'll inspire your costume this year! 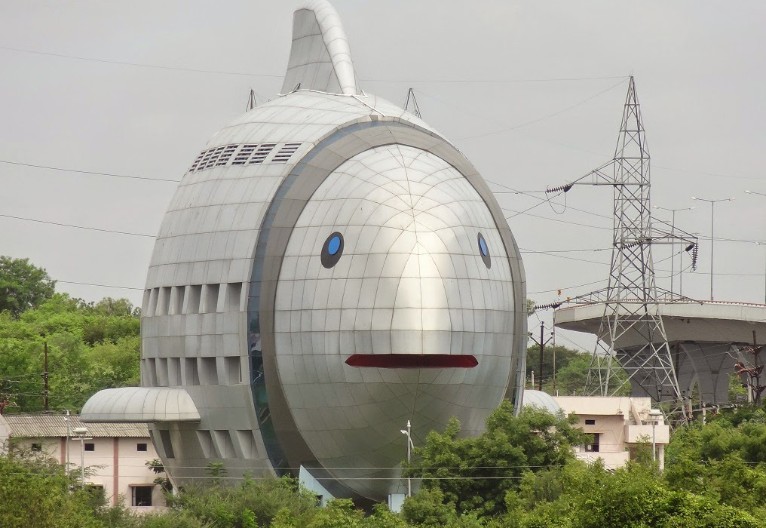 Located in Rajendra Naga, this giant fish was constructed in response to requests that a Fishery Ministry be established to combat low export rates and subpar existing  structures.  It’s called the Mastya Bhavan and at four stories tall it redefines the term “big fish”. It was inaugurated in April 2012 by Sharas Pawar, India’s agricultural minister, in the hopes that it would substantially boost exports in the coming years.  If nothing else, it certainly boosts our desire to watch Finding Nemo. 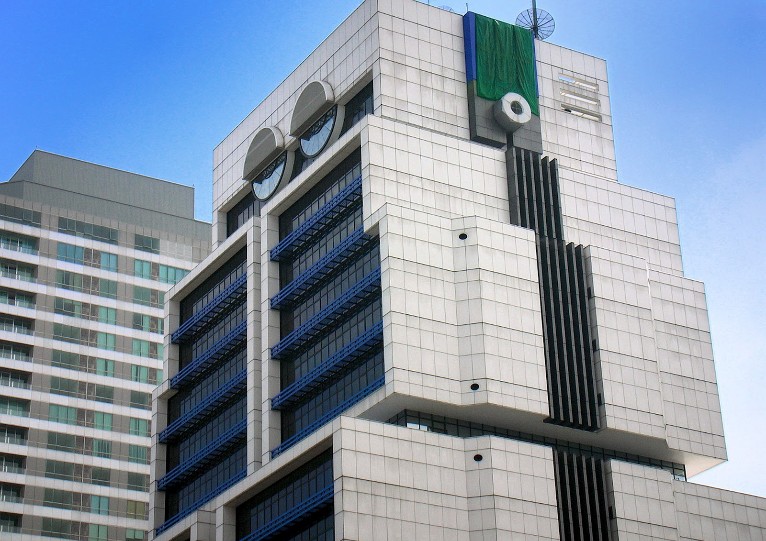 Anyone who’s had nightmares about a robot revolution should certainly stay far away from this robo-building. It's the Bank of Asia, in Bangkok, Thailand. It was designed by celebrated architect Sumet Jumsai to suggest a harmonization of man and machine; to call to mind a friendly image in the 21st century context of computerization. The structure looks exactly like a toy robot: it’s got eyes for windows, bolts on its sides, and antennas on top of its “head”. It received quite a bit of acclaim, as it earned a spot among  the 50 seminal builds of the 20th century selected by the Museum of Contemporary Art in Los Angeles. 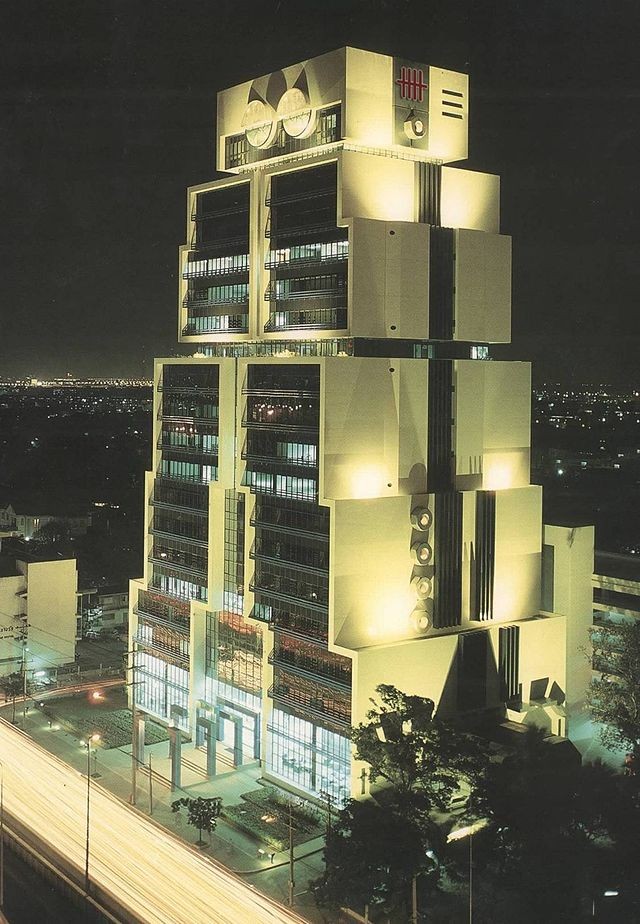 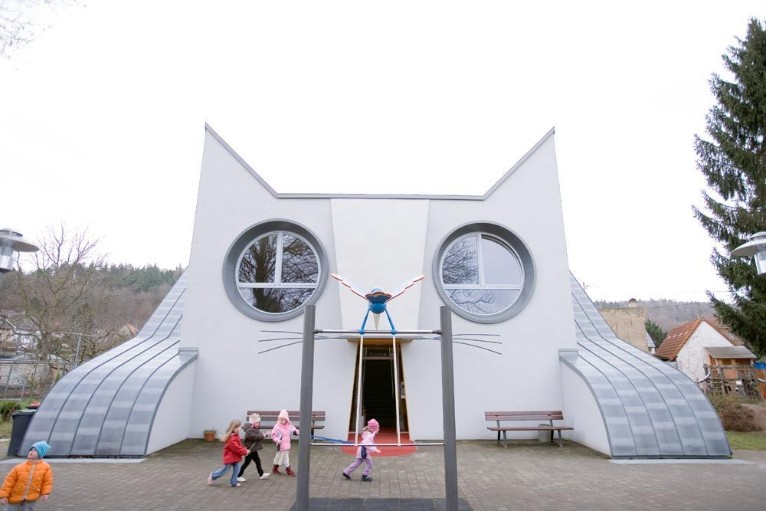 Every day when about one hundred children skip off to school, they are literally gobbled up by this giant cat. What could be more awesome? It’s called Die Katze and it's located in the German town of Wolfartweier. The windows double as eyes and the slide in the playground is a makeshift tail. Created by architect Ayla-Suzan Yöndel with the help of illustrator Tomi Ungerer in 2012, we can’t imagine a more perfect shape for a children’s school. Unless, of course, you’re a dog-lover. 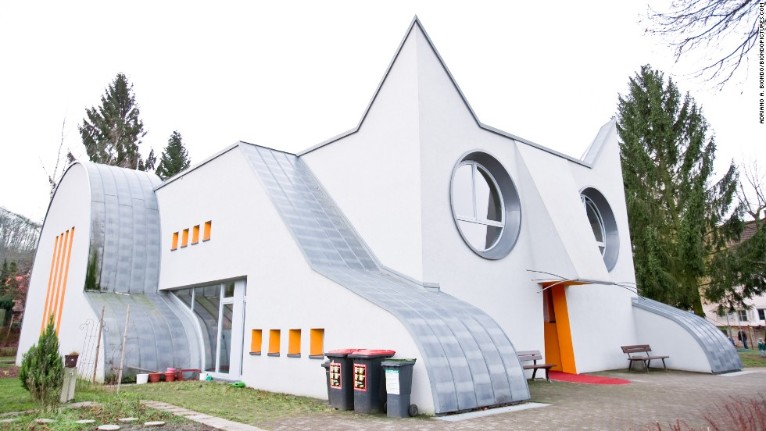 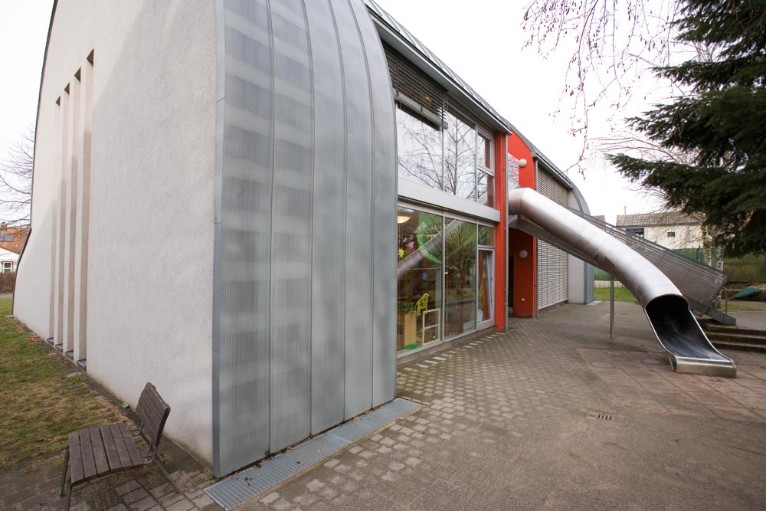 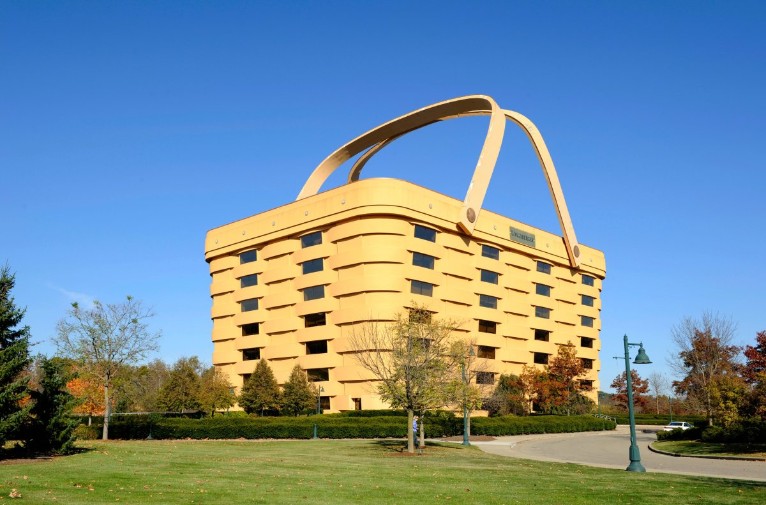 This may be the most outlandish form of advertisement ever. The Longaberger company makes baskets and so it followed that their headquarters should be one, too. The company has been around since 1896 and the building  was founder Dave Longaberger’s dream. It took firms NBBJ and Korda Nemeth Engineering 2 years to build this enormous replica of one of the company’s top selling models. The odd shape takes up about 180,000 square feet and its handles weigh about 150 tons. The design turns out to be pretty convenient, too, as those same handles are heated to prevent freezing in the winter months.  Perhaps the most literal building in Newark Ohio, it packs in about 500 employees every day. 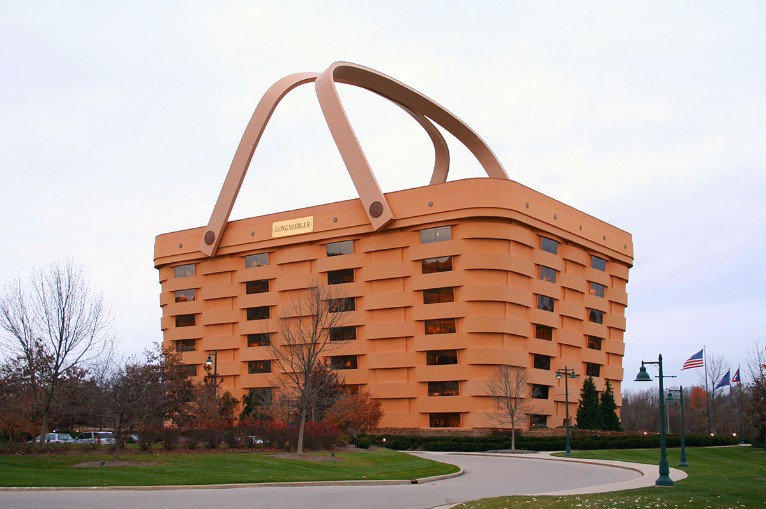 Are these fun alternatives to the architecture we’re used to seeing? Or are they monstrosities that should be stowed away along with our own Halloween costumes after October 31st?