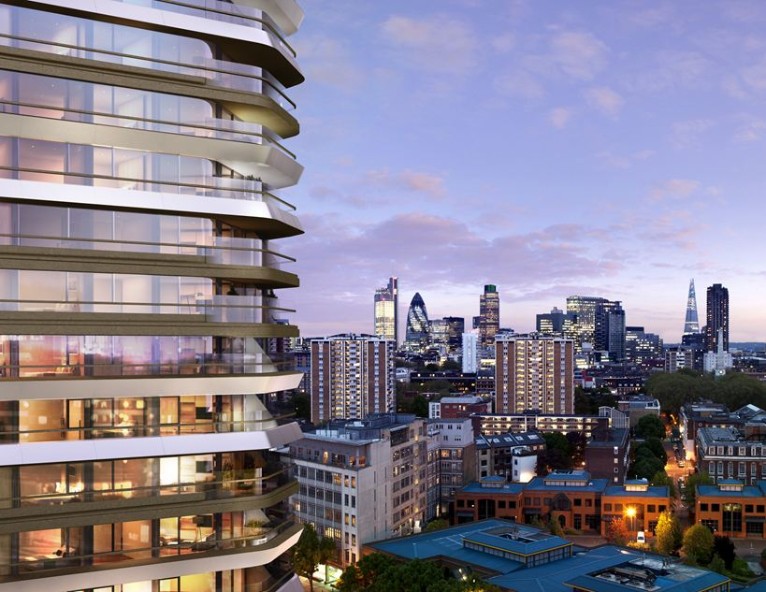 CITY _ Googling around a couple of weeks ago I found a funny interactive graphic showing  the story of London's changing skyline, as seen from Waterloo bridge. The illustrations tell the story of twelve of the most iconinc buildings of the UK capital.
But what is next? Over 230 new towers planned for London skyline, new projects for two of the main cultural venues in the city such the V&A Exhibition Road Building and The Tanks at the Tate gallery and new infrastructures are just some of the main projects that will shapes the city.

We have selected some of the projects that will add a quirky touch to the London's debatable skyline. 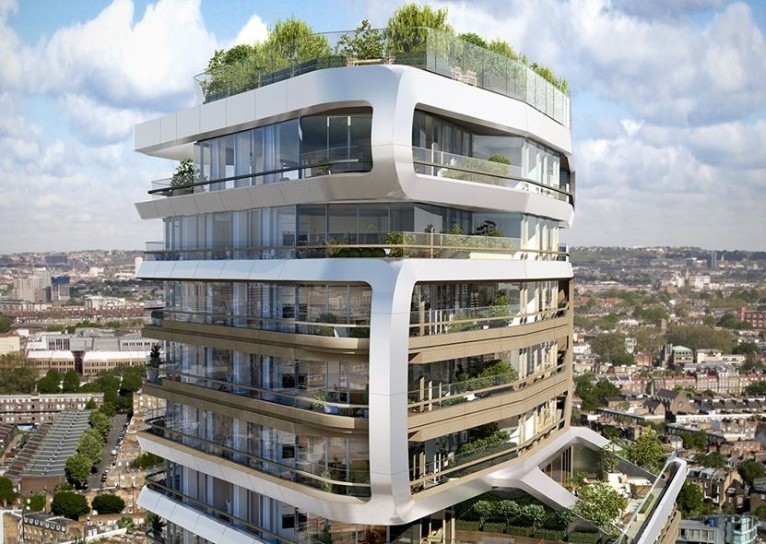 Canaletto by UNStudio
The Canaletto residential tower is located half-way between Old Street and Angel Stations in Islington and comprises of a 31-storey tower with a variety of one, two and three bedroom apartments. Offering waterside living, the tower will also include secure underground parking, swimming pool, gymnasium, resident’s cinema, restaurant, entertainment centre and a sky terrace on the 24th floor. 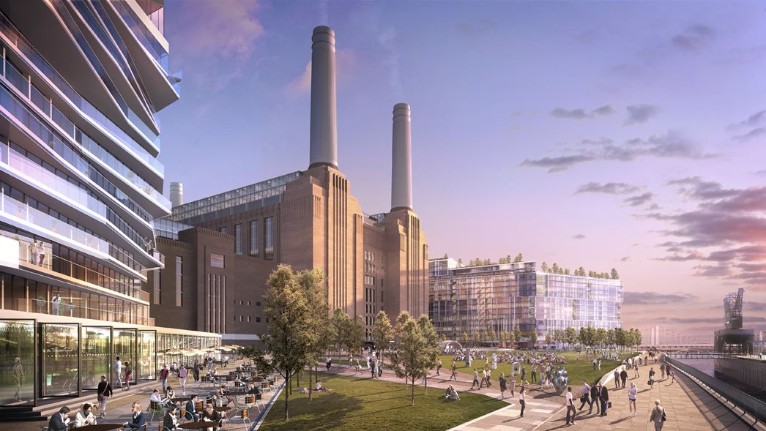 A key part of the regeneration of the Battersea site, has been designed by Gehry Partners and Foster + Partners and includes new homes and a new high street, known as The Electric Boulevard, in an area to the south of the landmark Battersea Power Station. 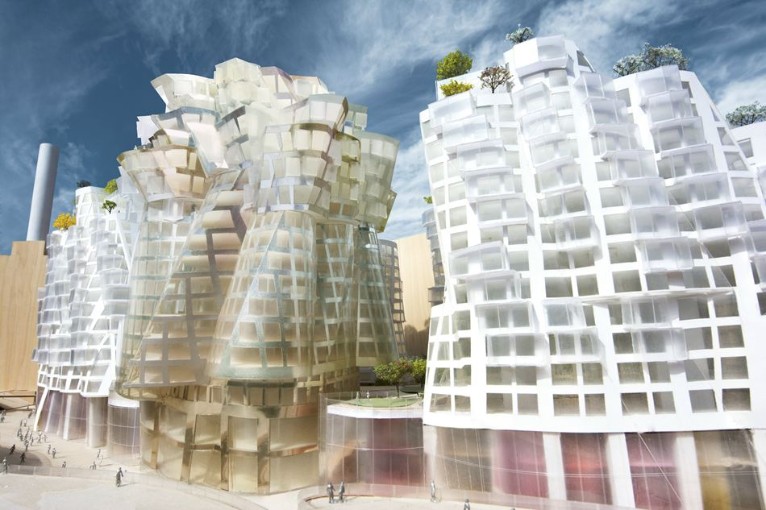 Gehry Partners has designed the five buildings known as “Prospect Place”, which comprises around half of the planned residential units, double-height retail spaces at street level, a community park and multi-use community hub.
Foster + Partners has designed the undulating building called “The Skyline”, which brings together the other half of the planned homes, including 103 units of affordable housing, in addition to a medical centre and 160-room hotel. 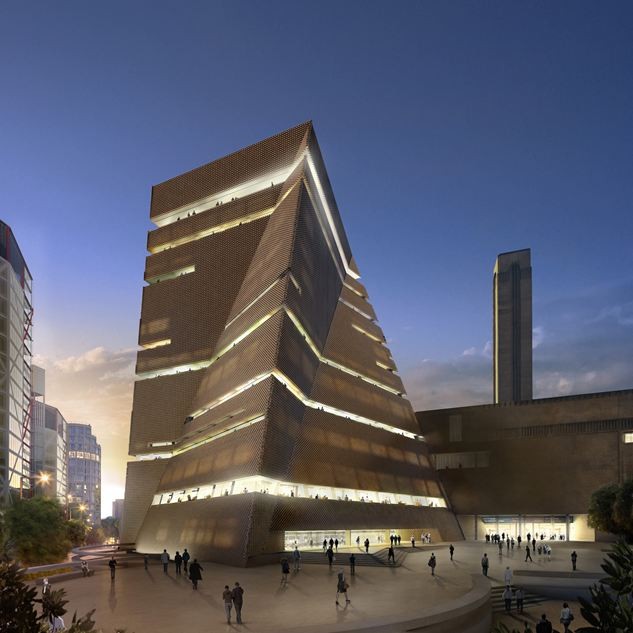 Like the original Tate Modern, the new building is designed by Herzog & de Meuron and will present a striking combination of the raw and the refined, found industrial spaces and 21st century architecture. The façade will use brick to match the surface of the existing structure, while creating something radically new – a perforated brick lattice through which the interior lights will glow in the evening. Windows and the terrace will appear as cuts in the brick surface. 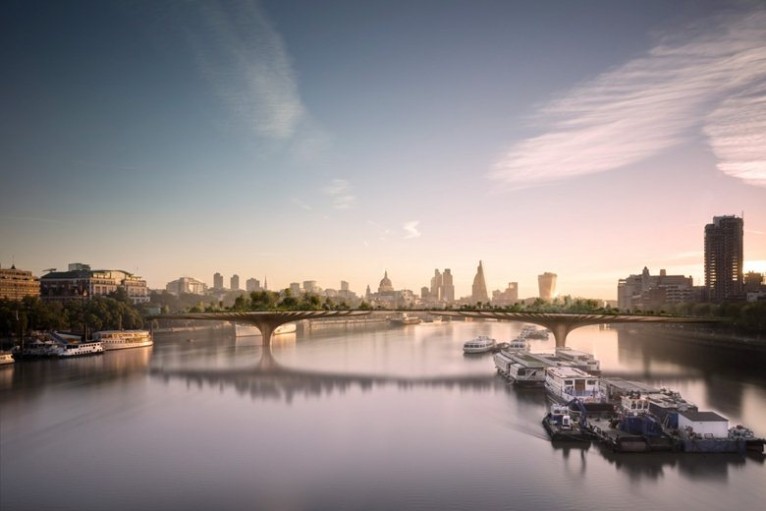 Following Transport for London’s (TfL) tender for proposals to improve pedestrian links across the river, Heatherwick Studio and actor and campaigner Joanna Lumley have developed an idea for a new pedestrian ‘Garden Bridge’ across the River Thames; a scheme to connect North and South London with a garden. As one of the greenest cities of its size in the world, this precious new piece of landscape will add to London’s rich and diverse horticultural heritage of heathlands, parks, squares, allotments and community gardens and support many indigenous river edge plant species. 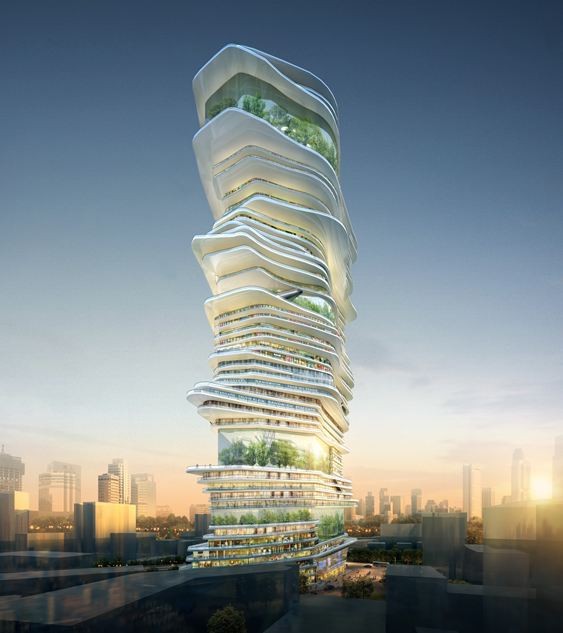 The Endless City by Sure Architecture

The City in height is an alternative to the usual design of skyscrapers. Rather than superimposing one floor on top of another without real continuity; the project is thought as two endless ramps circumrotating continually and rising gradually with a low gradient from the ground floor to the sky. London’s streets can now be developed both horizontally and vertically in a continuous way. The goal of the design is to conceive an open building that is effective as an inviting and yet powerful symbol in all directions while being permeated by generosity and openness.