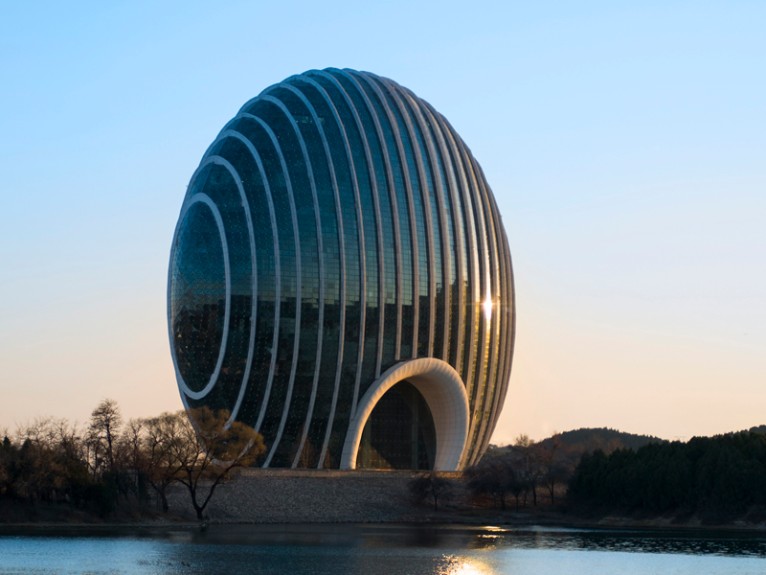 This brand new hotel is giving a new meaning to the phrase “waking up with the sun”. Here, you can wake up in the sun! Well, in a hotel shaped like one, anyway. Imagine looking out your window to nothing but glorious mountains, a soothing lake, and majestic sky. Imagine lingering in the lap of luxury and enjoying the highest quality service, all while surrounded by a gleaming glass orb. It’ll all be possible in just 34 days...

It’s called the Sunrise Kempinski Hotel and its shape and façade are a true beacon to Chinese culture and to the spectacular landscape of the area. 10,000 glass panels adorn the exterior of the building which soars 97 meters in height and occupies 14 square km of land. This architectural jewel took no less than 24 months to build and required the collaboration of 9,300 construction workers. 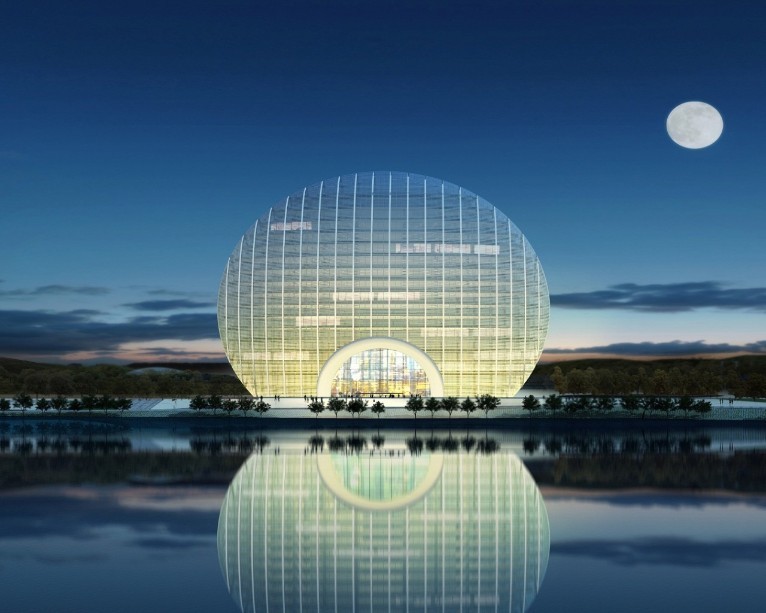 The architectural eccentricity of the building lies not only in its design, but in the way it pays homage to Chinese symbolism and culture. Perhaps the most conspicuous expression of this is the scallop shape of the hotel, a Chinese emblem of fortune. The shape has also been likened to a rising sun, which exemplifies the flourishing Chinese economy and honors the ancient culture of sun-worship, which bases its relevance on the philosophy of harmony and respect for nature. Finally, the entrance of the hotel assumes the shape of the mouth of a fish, another symbol of prosperity in Chinese culture. 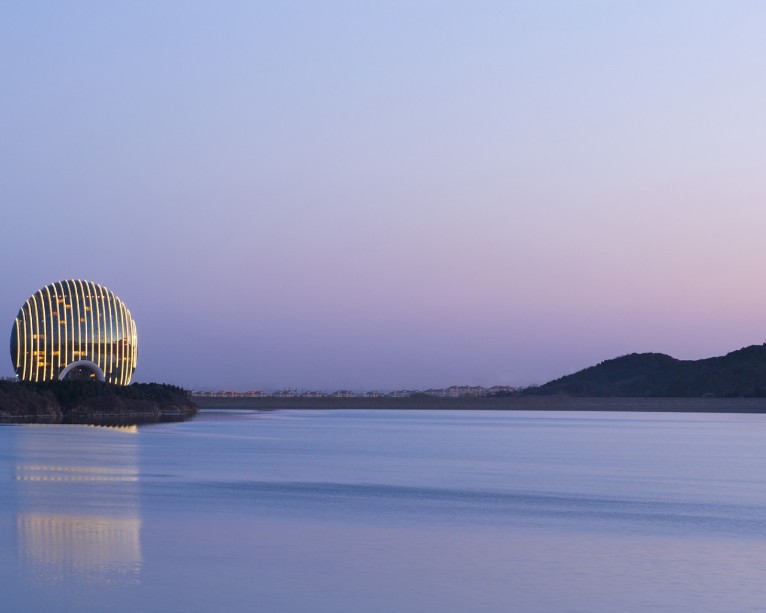 Environmental factors were also taken into consideration during the completion of the structure. Guests can rest assured, as head designer Zan Hai Ao built the hotel as a superstructure which could withstand up to a level 8 earthquake. The intriguing silhouette also has a  sustainable aspect, as it was designed to have zero impact on the wind direction necessary for the growth of healthy vegetation. Furthermore, the glass panels which enclose the structure are composed of four layers of glass, which offer better energy conservation compared to concrete walls. This reduces energy consumption as well as operational expenses. Finally, hydroelectric LED lights were employed to illuminate the hotel after dark. 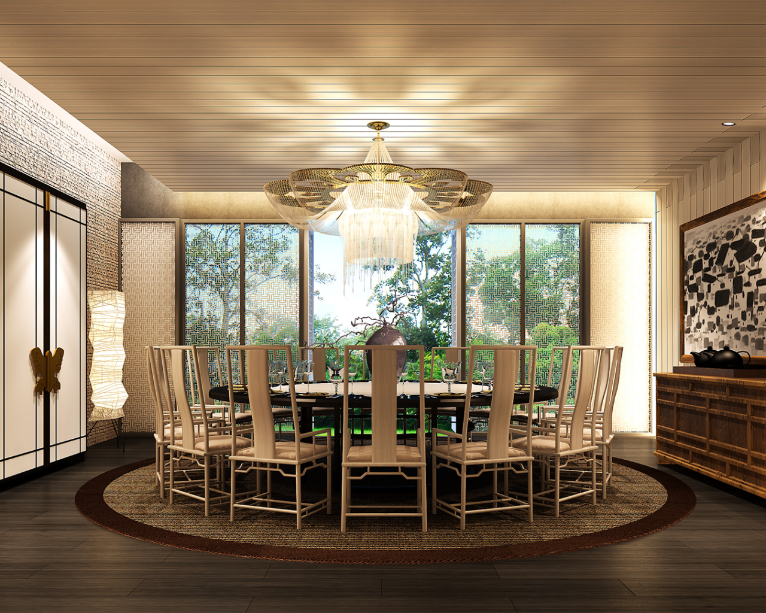 The artistry continues once inside, as US based DiLeonardo Interior Design Firm ensured every nook and cranny of the 21 story structure exudes elegance. Guests are immediately greeted upon entrance by a custom-made art piece which consists of a sweeping glass form suspended by cables. The hotel boasts a modern Presidential Suite, the walls of which are decked out with artwork in the style of Jackson Pollock. 306 guestrooms are decorated with honey golden wood flooring and wallpapered panels which give each room a serene, modern feel. 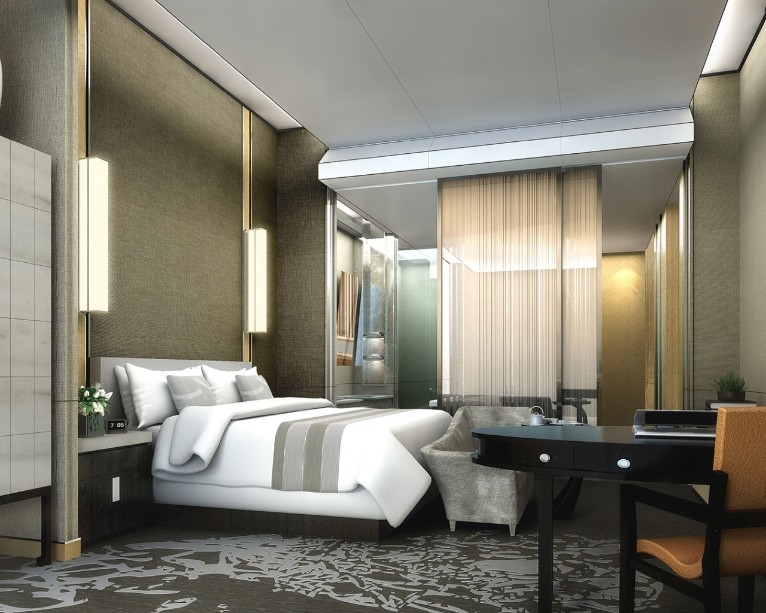 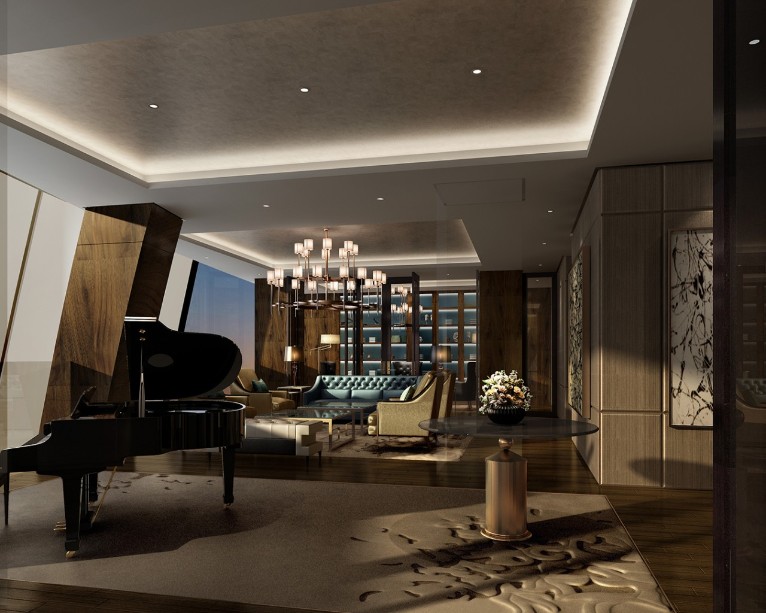 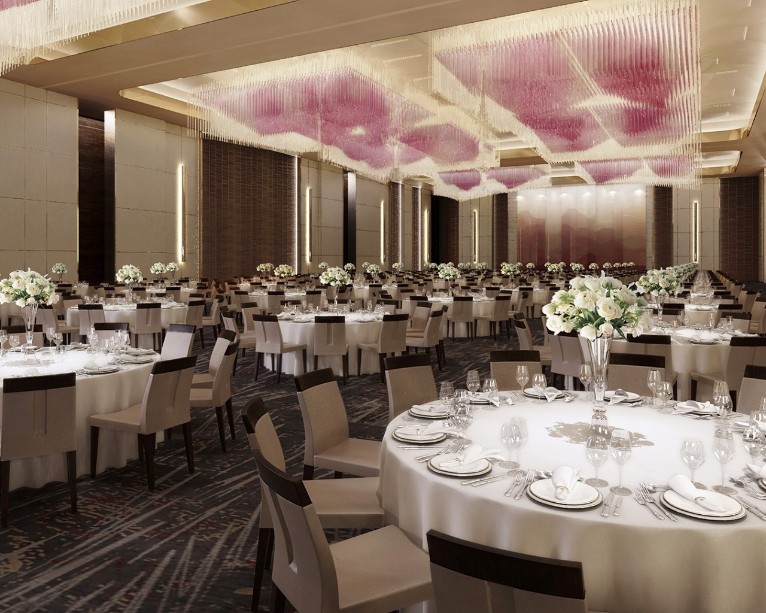 Other amenities include meeting rooms, fitness centers, recreational facilities, a Kid’s Club, and a total of nine bars and restaurants. The hotel is set to open its doors in November 2014. 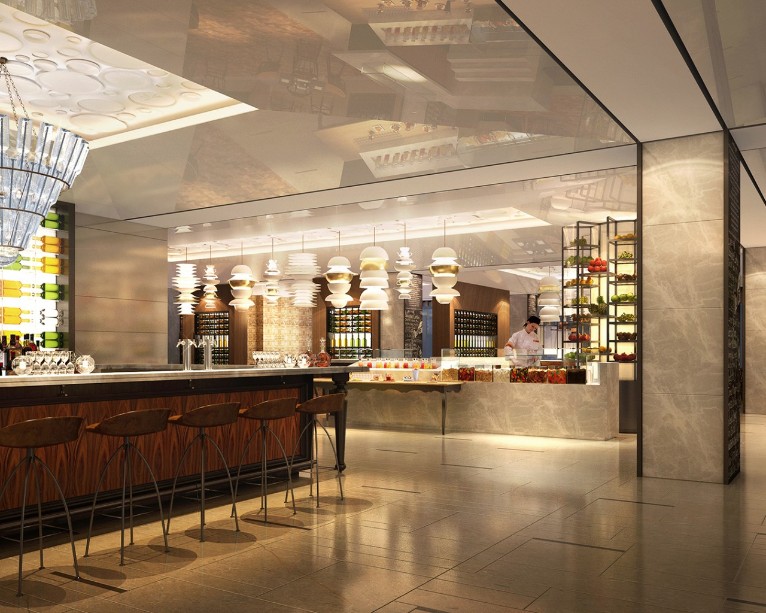