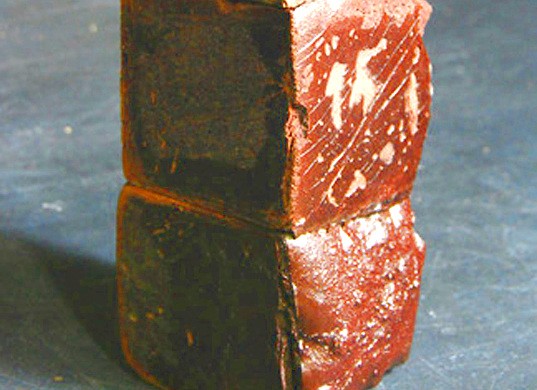 “Reduce, Reuse, Re-pump animal blood into housing bricks” may be the world’s next eco-slogan if architect Jack Munro’s product idea catches on. It consists of a new building material made with cattle blood from halal slaughterhouses. They’re called Blood Bricks and they’re actually inspired by waste-reduction ideology. As Munroe puts it, “the blood drained from animal carcasses is generally thrown away or incinerated despite being a totally useful product.” Who knew! 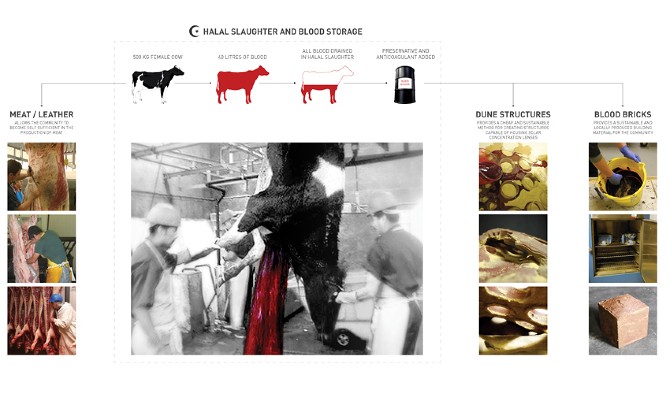 He experimented with a mixture of sand, antibacterial substances, and the blood of four cows. The blend was poured into a mold and baked at 160 degrees for an hour. Results showed that proteins in the blood coagulated and bonded with the sand, producing a solid, waterproof block. A true Draculean delight!

Blood Bricks were proposed as a solution for impoverished populations in desert regions like Siwa, Egypt. Munro says the new masonry would not only substitute commonly used mud bricks, but would also “restore the autonomy of the desert by using waste blood from halal animal slaughter to create building materials.” While the conservation ideology is commendable , something tells me the vegans of the world will be brandishing their picket signs long before the product comes to the western world. 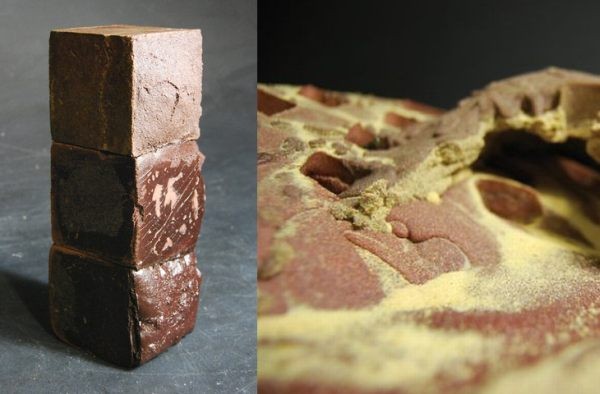 Hey clean freaks, how would you like to live in a house made of bacteria? Computational architect and Columbia University professor David Benjamin is working on a system that could make it possible! Computers use biological models to program human-inserted data into layers of growing, patterned bacteria.  High tech software programs single objects made of diverse materials and then physically converts them into organic structures. 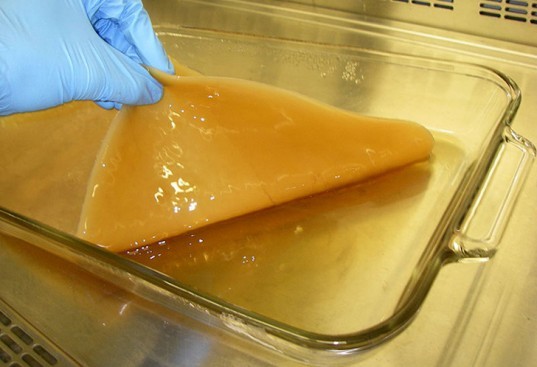 Benjamin is also growing and experimenting with xylem cells: plant cells used to transport water. Computer models of the cells are being created to study ways of combining bacteria to yield tailor-made architectural features.  And Lysol doesn’t stand a chance. 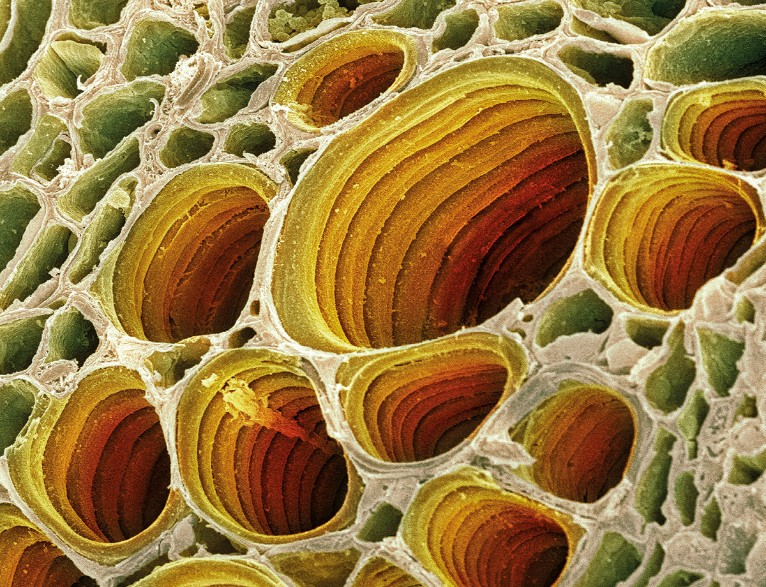 The old saying “sticks and stones may break my bones” is becoming increasingly nonsensical since technology is now proving that bones are strong enough to build houses. Well, synthetic bones anyway. 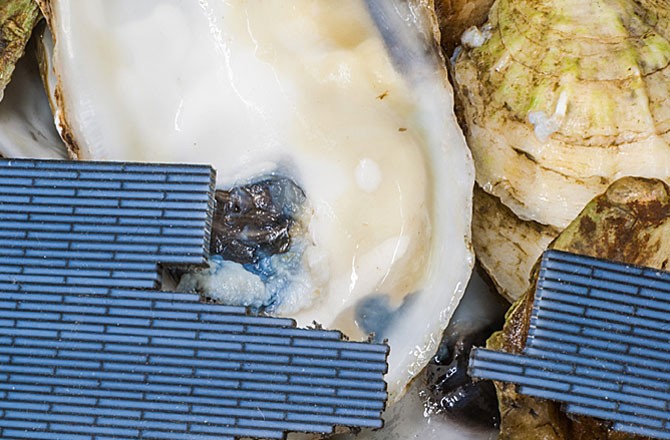 Researchers at MIT are experimenting with 3D printing to create durable building materials based on the natural formation of bones. The idea is based on the fact that bone building elements like collagen and hydroxyapatite combine to make our human bones invulnerable to force. The same is true for the makeup of nacre inside the shells of mollusks (pictured above).The printer follows the same principle, as it emulates the same geometric patterns on a microscopic level by layering 3 synthetic components, resulting in tough-as-bone substances.

Author of the study and MIT professor, Markus Buehler states, “The geometric patterns we used in the synthetic materials are based on those seen in natural materials like bone or nacre, but also include new designs that do not exist in nature.”

This discovery may just lead to a new manufacturing process. With 3D printers that can tailor-make patterns suitable to every aspect of our homes, are construction sites a thing of the past? Is this innovation at its finest or is it just eco-creepy?