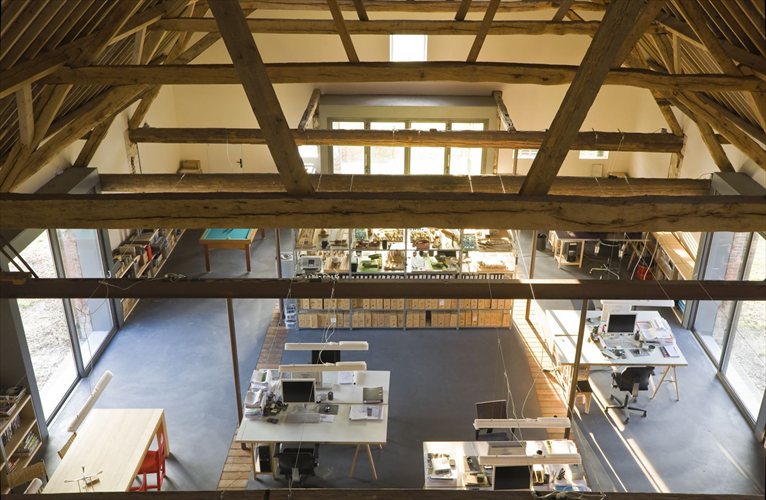 Design office HILBERINK BOSCH Architecten has converted an old Farm on the Wamberg in Berlicum (Netherlands) into a grand family home with annexed architectural office. This typical farm (langgevel), built in 1893, has all the entrances on the long side and house and barn have been incorporated in a single large volume.

The existing house situated at the front of the volume has been transformed and adjusted to modern requirements while retaining its original appearance. The biggest changes have taken place upstairs where new bedrooms have been created adjacent to a large hall.

The old barn has been converted for use as an architectural offices for the architects who designed the conversion project. This double height space has been left open so that the roof and its wooden crossbeams can still be seen. The new wooden volume marks the passage from the house to the office. It contains all the new functions that were not present on the farm such as toilets, bathroom and a geothermal heating and hot water system.

During the day the old doors of the barn are opened, revealing steel and glass sliding doors behind which show the original structure and walls as well as the old plaster.