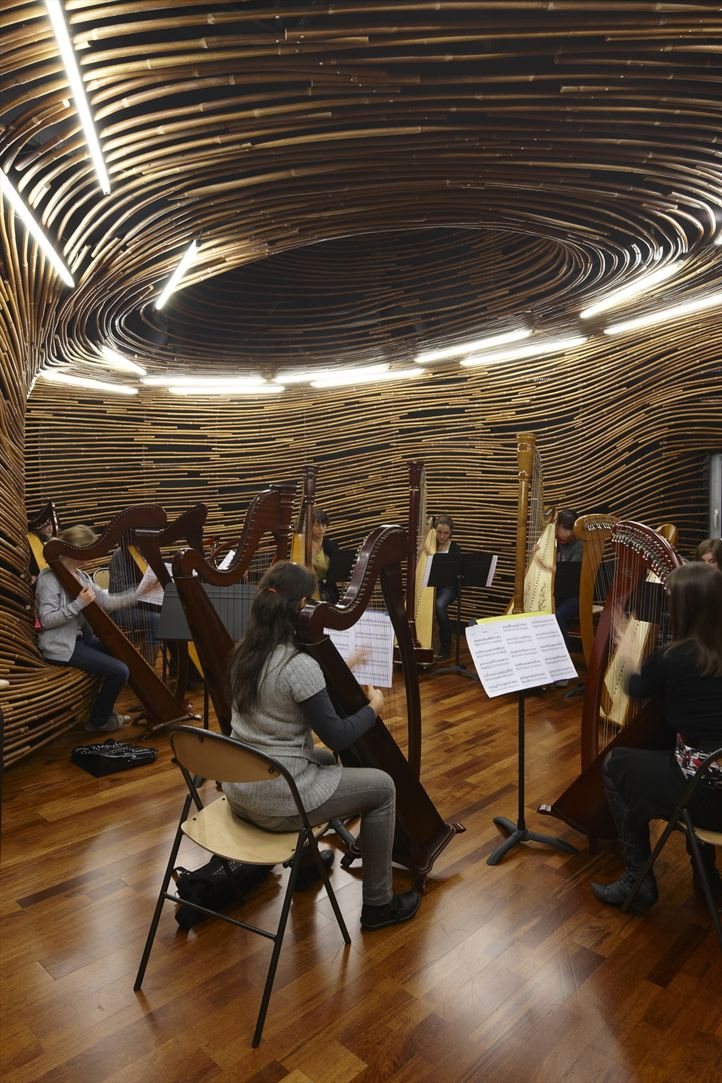 TETRARC architects from Nantes in France have designed the new Maison des arts in Saint Herblain in the suburbs of the Breton city of Nantes.

The programme envisaged a series of functions, from music to plastic arts, from visual arts to a library, as well as an auditorium for the events inside.

An iridescent metallic shell encloses the independent forms associated to the various functions, maintaining a respectful distance. A central form, or rather two: the shell closing on itself, containing an off centre open air patio.

Music, dance, theatre are housed in the closed part, while the exhibition space opens up to the natural light. True to the project imperatives, the activities are kept separate, although they are all in one place so that they have a greater influence on the territory, as well as facilitating contamination.