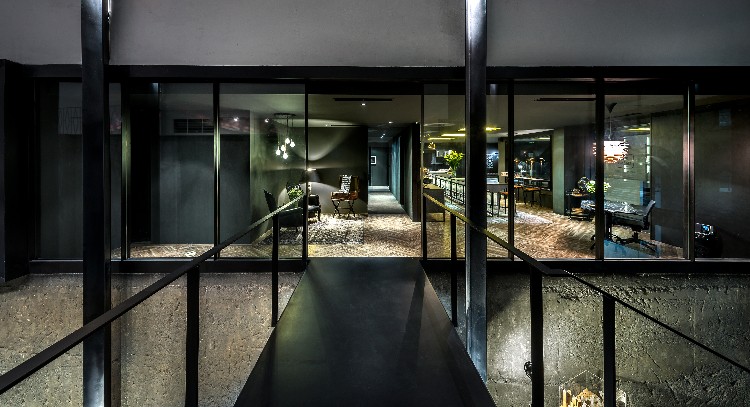 AWARDS _ INSIDE World Festival of Interiors (with Headline Partner Dulux), the leading global interior design awards programme, has announced the nominees that will go head-to-head to be crowned World Interior of the Year 2014, in a ceremony at the Marina Bay Sands Hotel, Singapore in October. Comprising the most original and exciting interiors from the last 12 months, this year’s awards consist of 60 nominations from 21 countries across nine diverse categories. 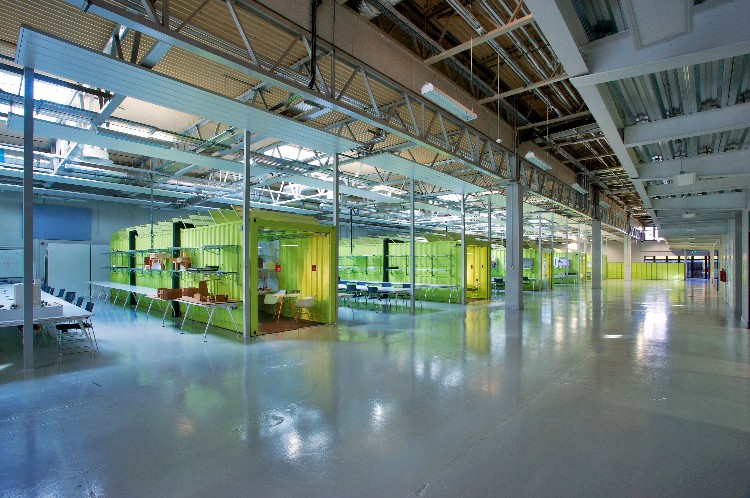 This year’s contest includes a wide range of different types of interiors, from schools to offices, airports to tents, all nominated for the premier design award. London- based MAKE Architects are nominated in the Retail category for their art deco redesign of the famous Harrods Escalator Hall 3  and their delicate restoration of its 1920s staircase. In the same category OpenAir Studio have submitted their Just Cavalli concept store which sees walls, shelving and installations crafted from rusted metal, inspired by the brand identity. 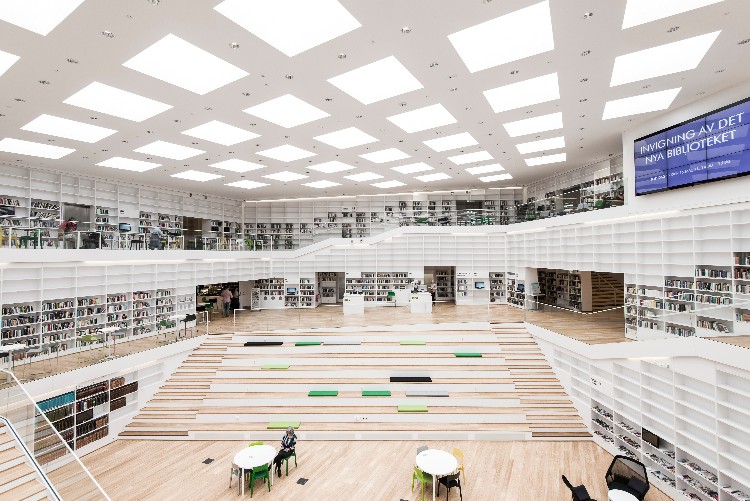 In the year of the World Cup, the shortlist includes two Brazilian nominations. In the Bars and Restaurants category the redevelopment of the famous Bar Riviera, Sao Paulo has been nominated. Known as a left wing hotspot during the military regimes of the 1960s and 70s, it has now been turned into one of the area’s premier clubs with distinctive glass brick walls and a prominent sculptural staircase. Also in Sao Paulo, the Cultura Bookstore provides a 21st century retail experience with a large central area encased by books, allowing customers to read, chat and even watch a lecture or performance. 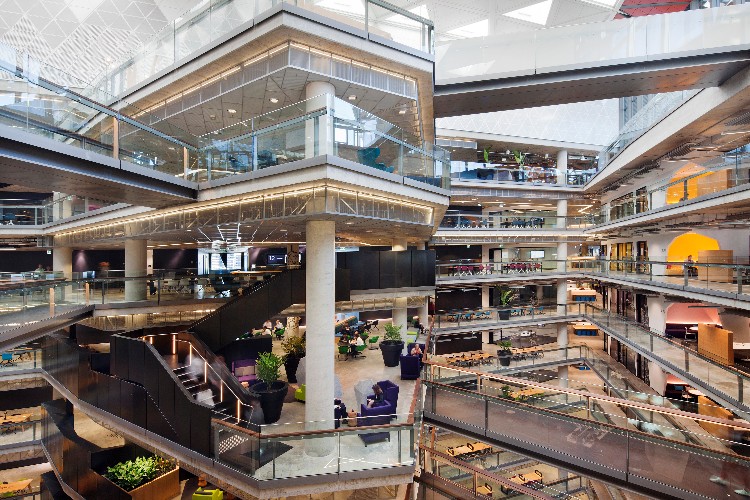 A common theme of free-flow work environments, employee interaction and ‘break- out zones’ is seen across the office and education categories. In the Architecture Factory in Cork, Ireland, disused shipping containers have been converted into open studios for an attractive and cost effective method of workplace design; the new office for tech company Sahibinden.com sees work and play combine with an open-plan office, running track and basketball court; and Haptic Architects have converted a bunker that lies deep within the site of the new Arkwright offices into an executive lounge and private working area called ‘the James Bond room’. 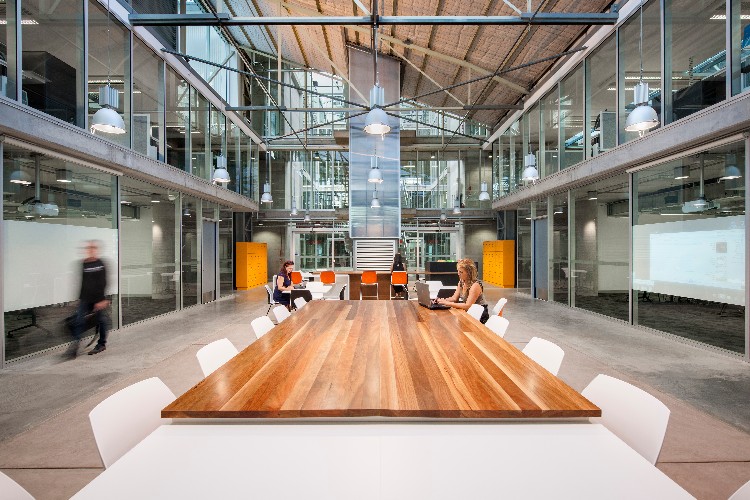 Re-use and redesign proves to be key to the work of this year’s submissions, as architects and designers develop innovative responses to a lack of space for new build projects. Adapting existing buildings seems to be a natural progression for the interior design profession. Redesign projects include the new and improved design of the famous Christopher's restaurant by De Matos Ryan in Covent Garden, London; the transformation of the private residence of the great Japanese painter Seiho Takeuchi into a music and banquet hall; and the Camper Showroom in Shanghai which sees Neri & Hu Design and Research Office design a two-storey home inside an old warehouse.

Other nominations include the redevelopment of the former USSR Writers Union that has been transformed into a new restaurant in Moscow and features a grand chandelier rumoured to be a gift from Stalin during the 1930s; a pink neon Willy Wonka-style patisserie designed by junior architects from Elenberg Fraser’s trainee programme for the famous chef Adriano Zumbo; and the regional terminal for Christchurch Airport in New Zealand, with a structure derived from the form of the Southern Alps. 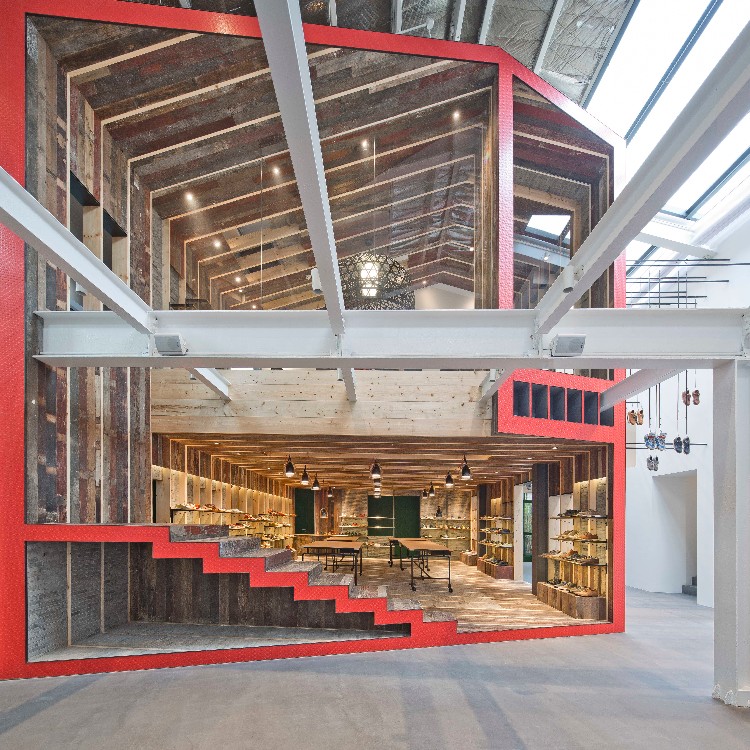 Shortlisted designers including CRAB Studio, Woods Bagot, Studio MK27, Clive Wilkinson Architects and Joyce Wang Design will be pitched against one another in front of a distinguished panel of judges in this unique awards competition. Winner of World Interior of the Year 2013 for his Carrer Avinyo apartment – David Kohn has joined the judging panel alongside the likes of Joey Ho and Pernilla Ohrstedt. Nigel Coates, associate director of the Festival, will act as compare for the super- jury.

David Kohn comments:  ‘It was a thrilling experience to be in Singapore for the festival and was of course even better to win. The festival offers a chance to network with designers, businesses and potential clients from around the world and forms a global community of design and architecture for the entire three days. It was great to be recognised by my peers and exciting to see our project published internationally.’ 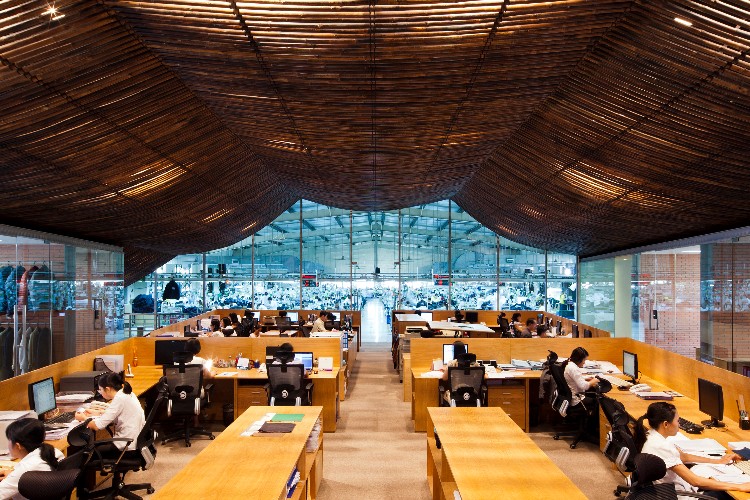 All nominees will compete in the form of live presentations and debates during the INSIDE World Festival of Interiors from 1-3 October 2014 at the Marina Bay Sands in Singapore.

Find out more about other shortlisted projects