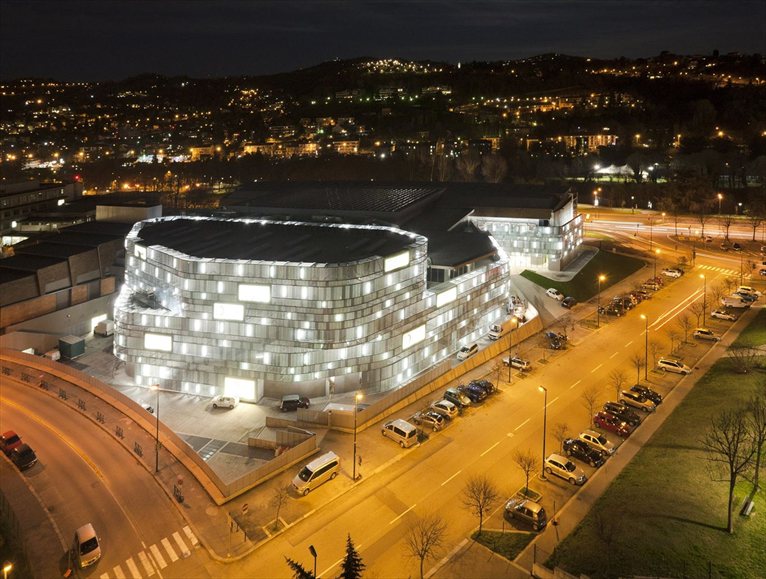 A year after its re-opening after the renovation project carried out by architect Cino Zucchi, the Museo Nazionale dell’Automobile (National Car Museum) in Turin, remains a unique place of its kind, with a collection of cars with no equals in Europe.

The museum is located in the vicinity of the Lingotto (the famous old Fiat factory with a test track on its roof) and looks out over the Po. It tells the history of the motor trade but at the same time the history of design because each individual car exhibited contains the expression of its own time.

The museum opened in 1960 from an idea and thanks to the determination of Carlo Biscaretti di Ruffia, who brought together the collection and had the museum built on a design by architect Amedeo Albertini: for decades, the name of the building was inseparably linked to that of the Turin aristocrat.

In 2005 the offices of architect Cino Zucchi, with the collaboration of Recchi Engineering and Proger Spa, won the international competition organised for modernising the complex. Its aim was to reorganise the existing spaces and to create new ones which would communicate with its urban location.

The image of the museum has been completely renewed thanks to an all-encompassing glazed envelope characterised by various degrees of transparency which makes the façade on via Richelmy uniform.

A new single large area located in the western wing guarantees great flexibility of installations; while the existing courtyard has been turned into a well-lit internal central space where all the tour itineraries lead and which can be used for special exhibitions and events.

The new museum has a series of spaces dedicated to many complementary functions, which guarantees the activity throughout the day, also becoming a new hub for the area to the south of Turin.