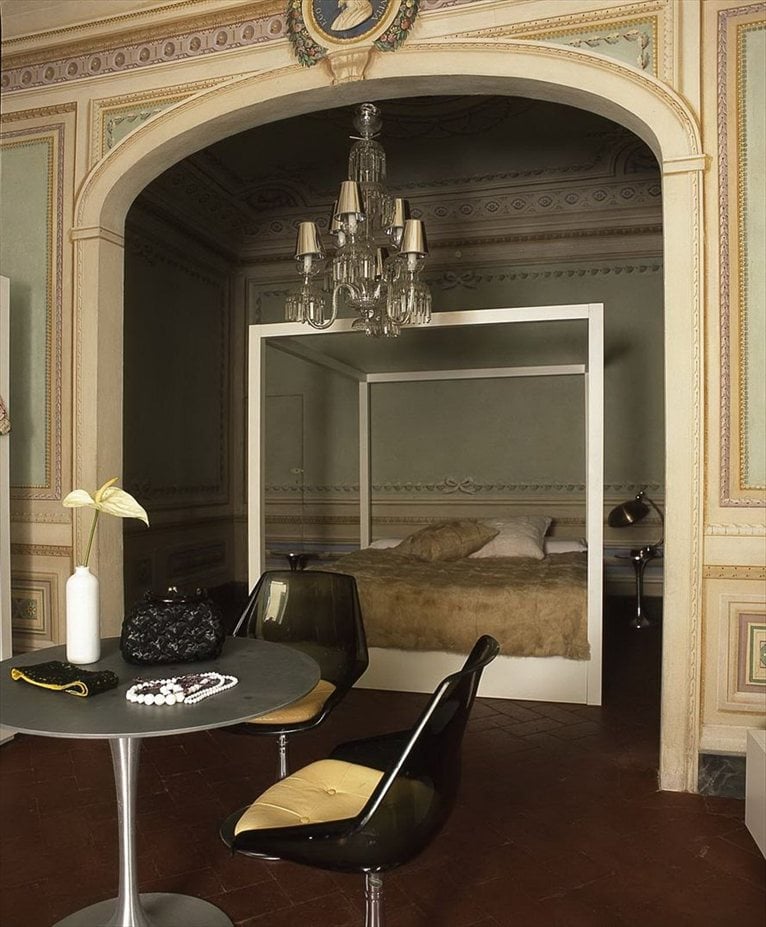 Palazzo Orlandi is a contemporary abode, the result of a careful renovation of an 18th century building in Prato performed by architect Sabrina Bignami.

“To stage contemporary life in an ancient abode is a complex challenge in Italy, where there is a strong resistance to change and to themes dear to the contemporary language when buildings and architecture with a strong artistic and historical content are involved.”

In this renovation of Casa Orlandi, however, everything revolves round the alternation of ancient and modern, the essence of the charm of the house. Everything can be removed, repositioned, rethought, without upsetting the ancient abode, which bears witness to a special past full of evocative force.

The renovation was long and difficult due to the terrible state of preservation of the building, in which all the frescoes had been covered in time by a thick layer of white paint.

“From the beginning, the work had the purpose of achieving two objectives. On the one hand an essential and minimalist renovation, without a complete reworking: where the decoration was partially missing, it has been left as time has passed it down to us, the ancient flooring was salvaged and preserved, the 'coverings' are all original and preserved in their frail lightness. On the other hand there was a strong desire to introduce contemporary elements within an ancient architecture; however it had to be a non-stereotyped contemporaneity, not just consisting of big names from Italian design, as so often happens, but capable of mixing very simple elements – almost always objects found in European markets – with elements by internationally famous designers, precisely in order to create that welcoming yet not stereotyped blend which so often characterises an experienced “house”.