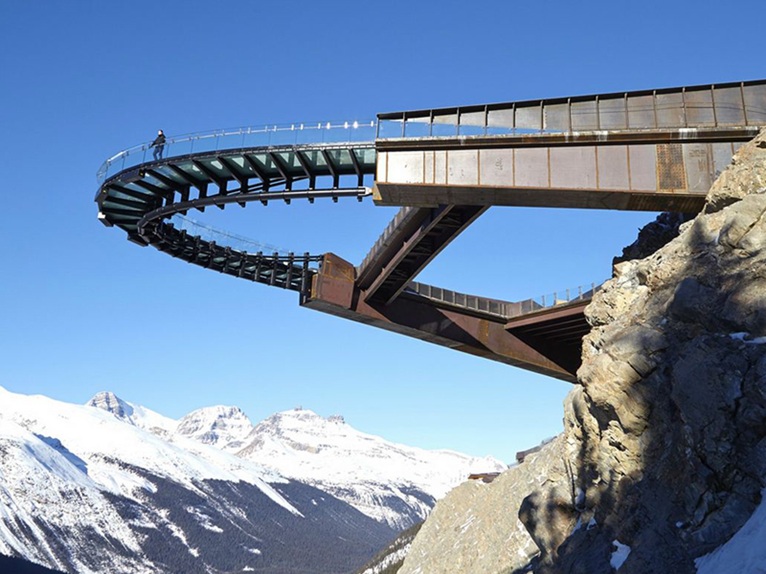 After the Grand Canyon Skywalk, a glass and steel walkway suspended over the Grand Canyon, the Glacier Skywalk was inaugurated a few days ago in Canada, in the Jasper National Park. Sturgess Architecture has designed this cantilevered walkway over the landscape of the Canadian Rockies; a structure made of Corten steel and glass, 450 meters long, from which you can admire the impressive Athabasca Glacier. 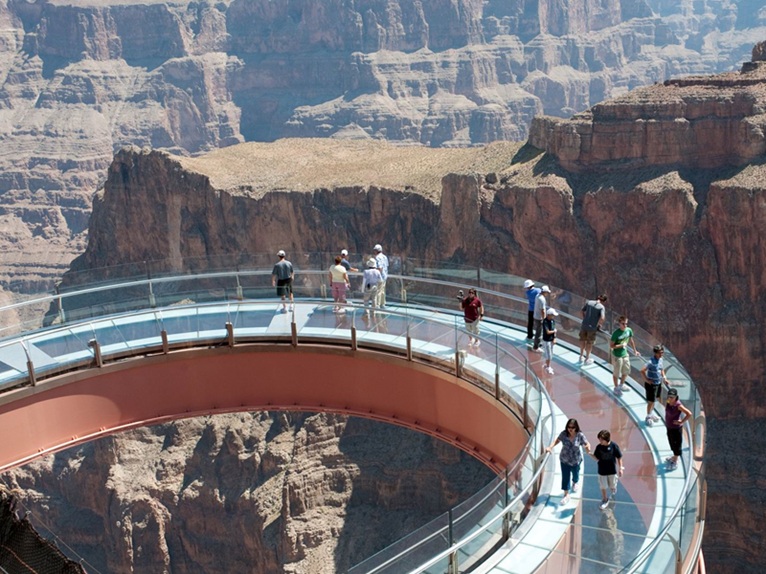 However, just like its US cousin the Grand Canyon Skywalk, designed by M.R.J. Architects, it is steeped in controversy. While the controversy surrounding the Grand Canyon Skywalk had more to do with the economic side – the profits were supposed to be shared between the financer of the project, tour operator David Jin and the Hualapai indians, whose reservation is used to to build the skywalk, but the tour operator accused them of shortchanging him and took them to court, in the case of the Glacier skywalk, the problems are of an environmental nature. 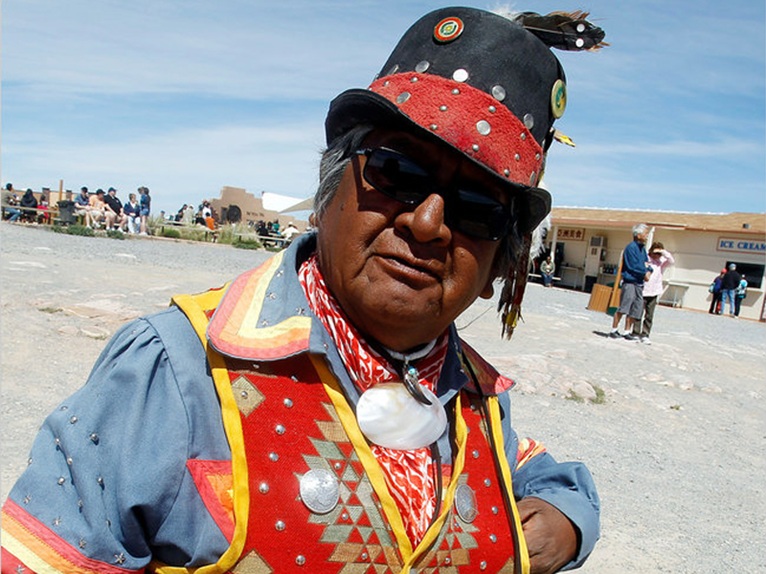 Environmentalists claim that it poses a danger to the wildlife, especially the mountain goats and sheep. However the company who built and operate the project, Brewster Canada, deny this saying that when building work was ongoing they suspended work during the lambing season and in any case the whole project was approved by Parks Canada. 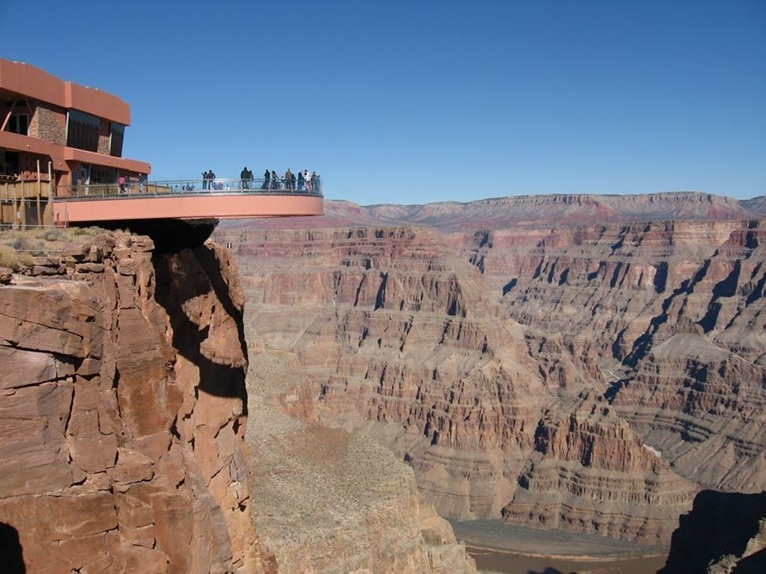 The walkway is designed as a natural extension of the fractal landscape, the deck is entirely made of tempered glass in order to let the visitors fully benefit from the spectacle of the underlying nature. 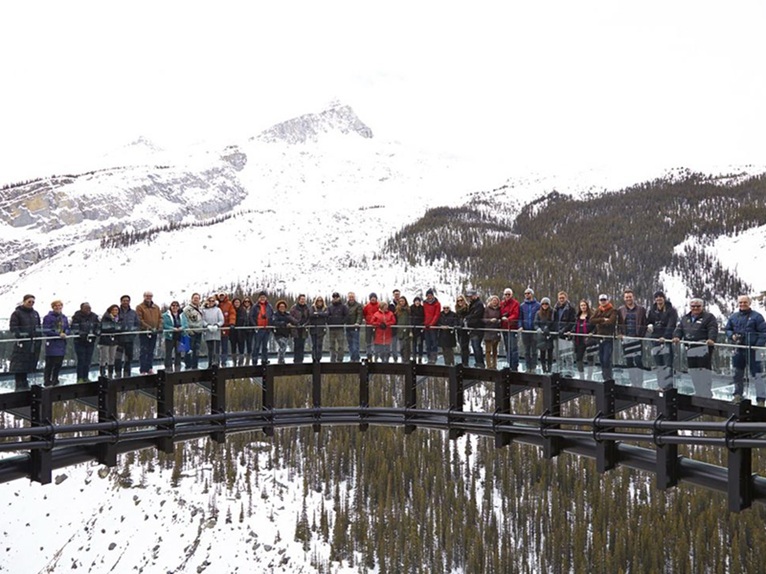 The projecting curve is the result of an engineering technique which exploits the balance between opposing tensions and compressions, thus eliminating the need for a more traditional superstructure consisting of visible pylons and cables. 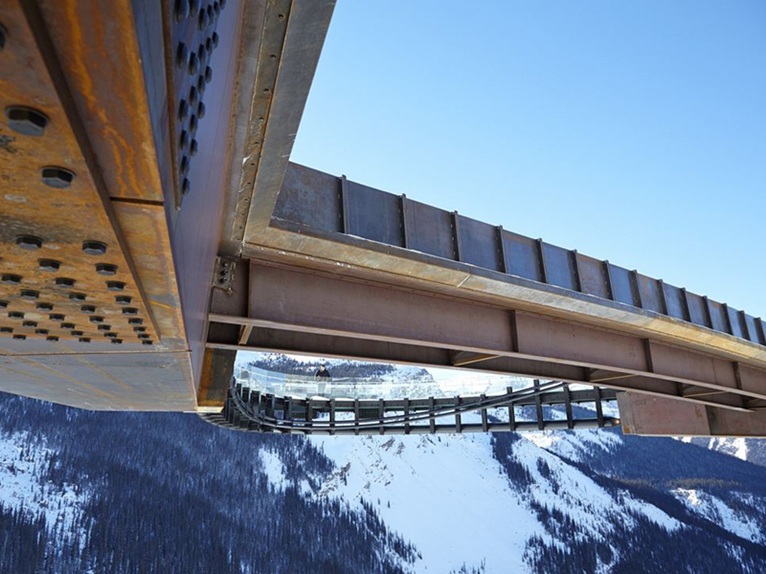 Corten steel has been chosen for its anti-weathering characteristics and for its relationship with the changing face of the mountain that it represents.
The material aspect of the steel will age with time. The size of the Athabasca Glacier will change. Both will be able to mark the time of the change.