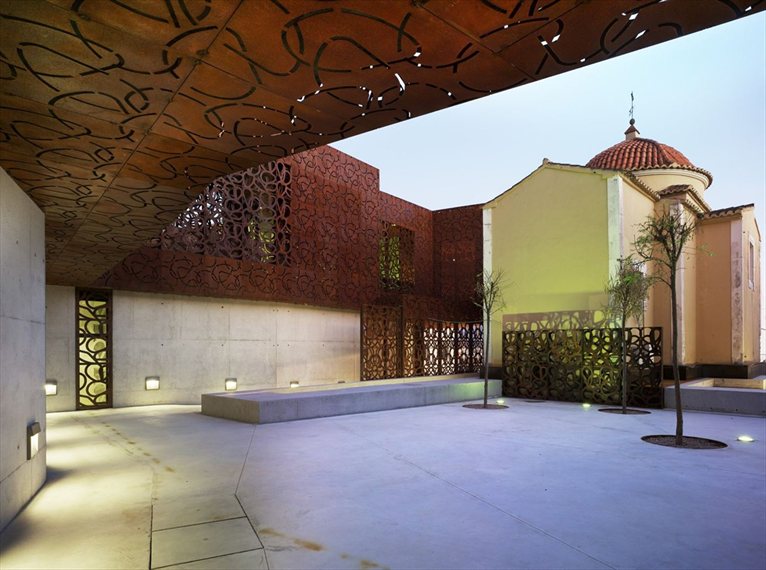 The Madrid architects amann-canovas-maruri have designed the project of Monteagudo Museum, near the city of Murcia, in the region of Murcia in Southern Spain.

The building is located on the southern flank of Monteagudo hill, a rocky spur in the fertile plain around Murcia, surmounted by the remains of a mediaeval castle on which the statue of Christ of Monteagudo has stood since the beginning of the last century. The statue portraying Christ with His arms open, reminds, to a certain extent, of the more famous Christ the Redeemer in Rio de Janeiro.

The museum is the first phase of a more widely embracing project of renovation and exploitation of the castle and of the whole area around the hill, which was inhabited from the prehistoric era and contains well preserved remains of the civilizations which have come and gone, from the Argaric settlements to the subsequent dominations of Romans and Arabs.

The building is, by definition of the same designers, a parasite, which clings to the jagged edges of the surrounding buildings and extends towards the hill, paying attention to leave a free view of the castle.

The museum seems to want to climb up on the hill and this will, indeed, be the starting point of future tours around the castle. It mimics the surroundings in the calligraphic interweaving of the Cor-Ten panels which completely cover it, steel twists which slide, thick or thin, as if they were hiding or revealing its content.