The winners of the National Design Awards, organised by the Cooper Hewitt Design Museum and first launched at the White House in 2000 as an official project of the White House Millennium Council, have recently been announced. Los Angeles architectural office Brooks + Scarpa was selected by the jury as winner of the Architecture Design category, awarded to an individual or firm for exceptional and exemplary work in public, commercial, or residential architectural design. 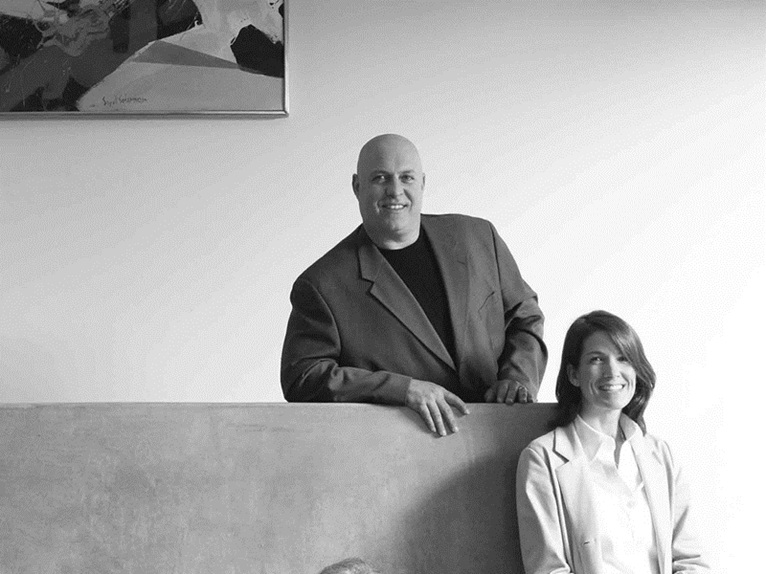 The awards were established to celebrate design as a vital humanistic tool in shaping the world, and seek to increase national awareness of design by educating the public and promoting excellence, innovation, and lasting achievement in American design. The Smithsonian’s Cooper-Hewitt director Caroline Baumann, announcing the winners of the 2014 National Design Awards, said: “Through programs like the National Design Awards, the museum fulfills its mission to educate, inspire and empower people through design, locally, nationally and globally, and we look forward to opening the doors to the new Cooper-Hewitt later this year, as we celebrate the 15th anniversary of the program, I am delighted to welcome this new class of extraordinary designers, each of whom represent the very best in their discipline and demonstrate design’s power to affect the quality of our life, community, economy and environment.” 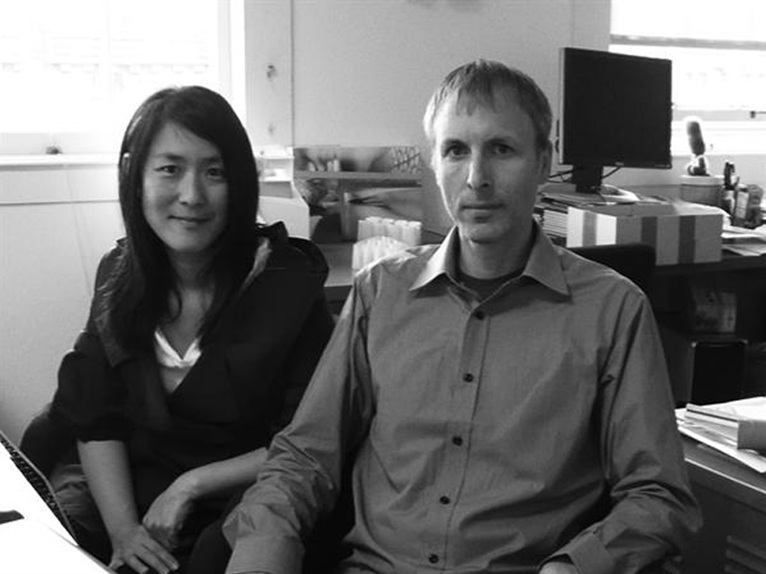 Lisa Iwamoto of the San Francisco firm IwamotoScott and Professor University of California at Berkeley said of the winners of the Architecture award: “The work of Lawrence Scarpa, and the firm, which he founded together with Angela Brooks, has redefined the role of the architect to produce some of the most remarkable and exploratory work today. They do this, not by escaping the restrictions of practice, but by looking, questioning and reworking the very process of design and building. Each project appears as an opportunity to rethink the way things normally get done – with material, form, construction, even financing — and to subsequently redefine it to cull out it’s latent potentials — as Lawrence aptly describes: making the “ordinary extraordinary.” This produces entirely inventive work; work that is quite difficult to categorize. It is environmentally sustainable, but not ‘sustainable design;’ it employs new materials, digital practices and technologies, but is not ‘tech or digital;’ it is socially and community conscious, but not politically correct. Rather, it is deeply rooted in conditions of the everyday, and works with our perception and preconceptions to allow us to see things in new ways.” 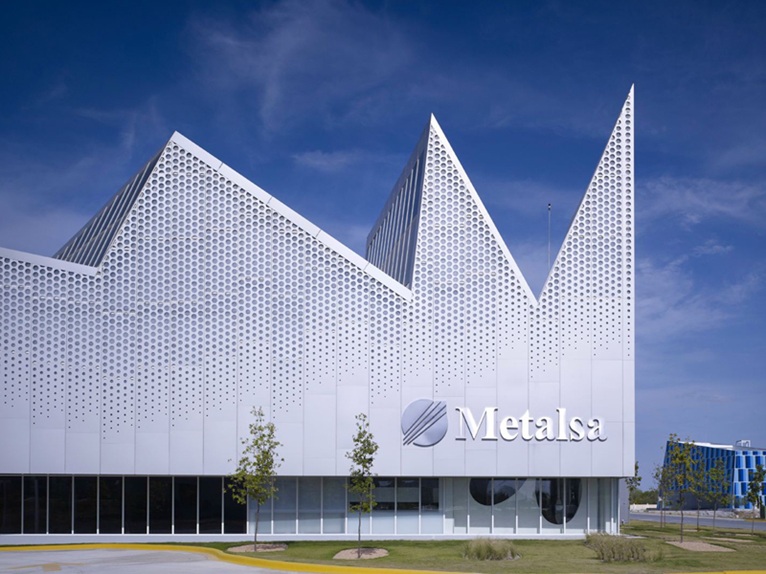 To illustrate what Lisa says, we can consider some of the projects that Brooks and Scarpa have been responsible for over the years. The New Center for Manufacturing Innovation, completed last year in Monyerrey Mexico, is an industrial building, a kind of architecture which is rarely a model for workplace innovation, but typically a direct, and often sombre response to the internal function with little consideration for the occupants needs. In this project, however, the idea was to preserve the high bay industrial facility, while providing a model environment for the users and visitors. A saw-toothed roof, not dissimilar to mecanoo's Kaap Skil, draws from the geometry of old factories and the surrounding Monterrey Mountains. The angled elements of the roof provide abundant natural daylight to the spaces below at the building’s northernmost elevations. The second major feature of the building is the perforated metal skin that clads the entire façade. 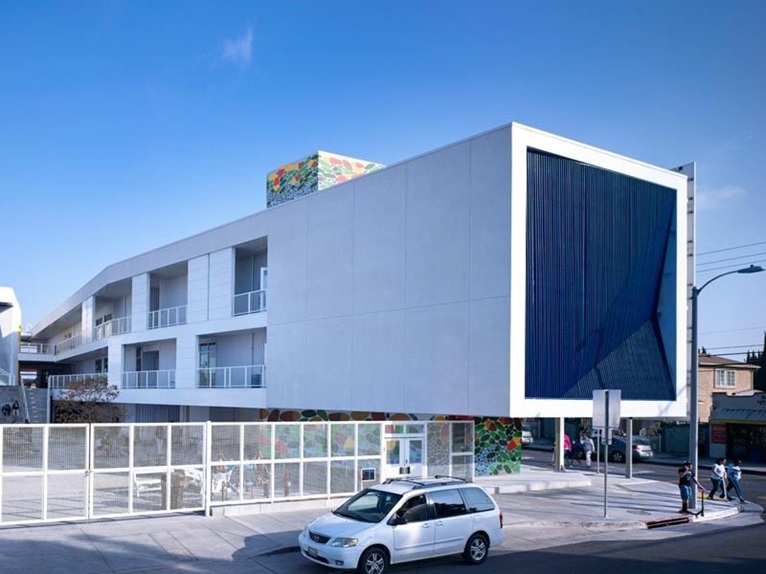 Another project completed last year was the Green Dot Animo Leadership High School, a state school in Inglewood, a city in the Greater Los Angeles area, for 500 students with a project target of CHPS and/or LEED Certification at the minimum. The designers shunned the fully contained “big box” idiom of conventional schools for a landscaped courtyard with multifunctional “bleacher” terracing flowing into the open-air covered lobby and the multilayered paseo, giving the school the look of a collegiate campus and offering significant environmental benefits. 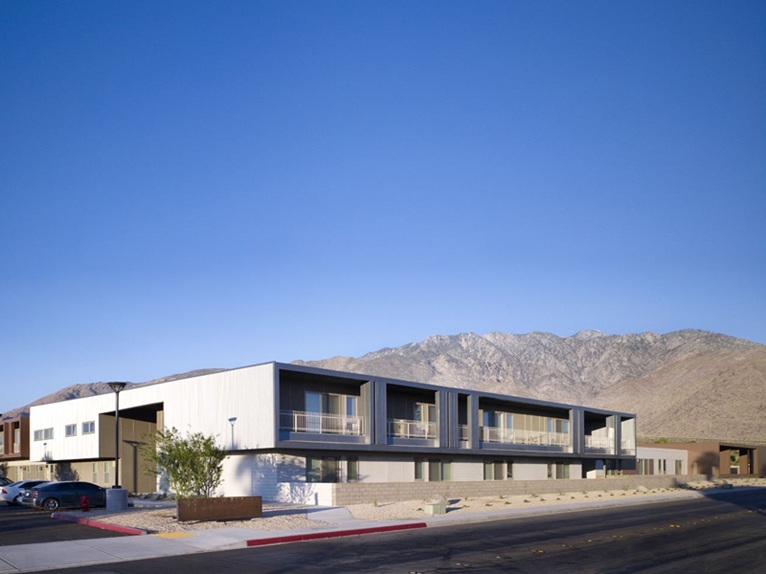 To show the firm's range of projects, in 2011 they completed Rosa Gardens, a 57-unit affordable apartment building in Palm Springs consisting of 1, -2, 3- and 4-bedroom family units with a common laundry room, community room and other family amenities on 4.5 acres of previously developed land. The building is loaded with energy-saving and “sustainable” devices. Materials conservation and recycling were employed during construction by requiring all waste to be hauled to a transfer station for recycling. The overall project achieved more than a 75% recycling rate. The project is certified under LEED for Homes with a “GOLD” rating. 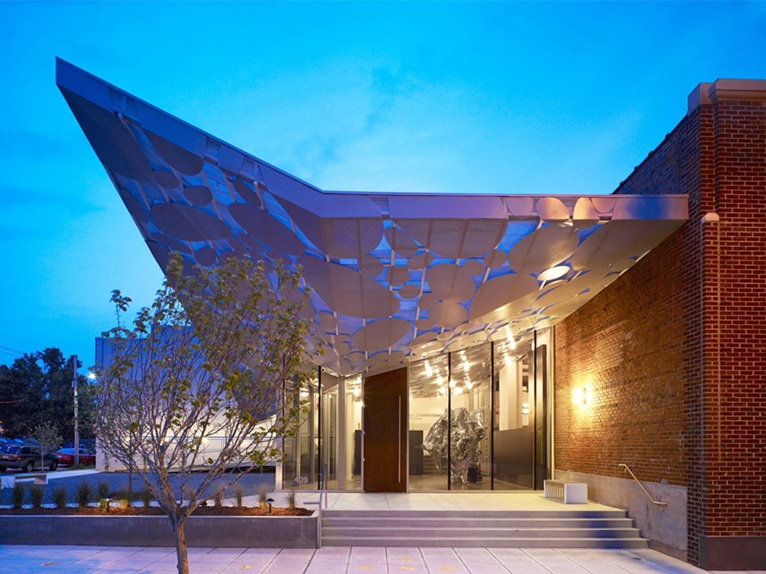 The firm can also boast recovery of industrial buildings, like in Raleigh’s Contemporary Art Museum (CAM). It is located in the Historic Depot District of Raleigh in North Carolina. Its shape recalls a butterfly emerging from a decades-long cocoon. The historic 1910 two-story brick structure built for Allen Forge & Welding Company and enlarged around 1927 for the Brogden Produce Company — and more recently home to longtime occupant Cal-Tone Paints — has emerged from its asbestos clad sheathing into a new incarnation as the home of Raleigh’s Contemporary Art Museum (CAM).