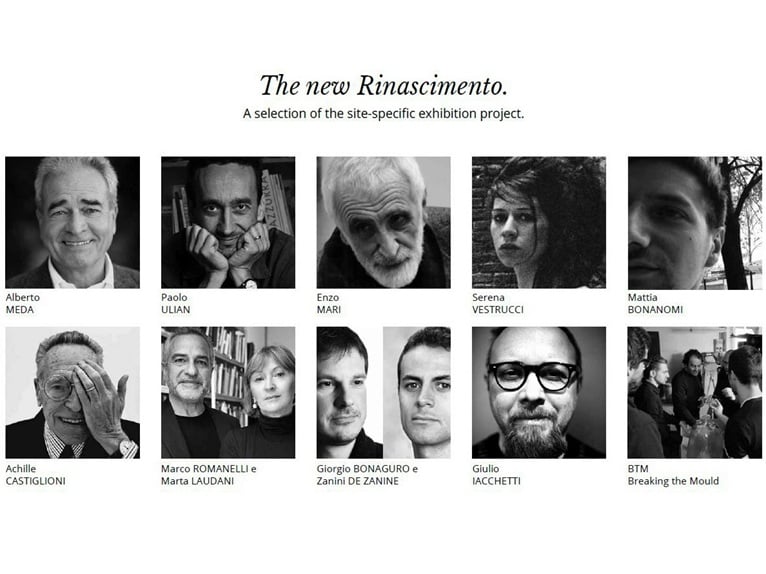 MDW2014_  'Design the Italian excellence' is the concept of the exhibition curated by Vincenzo Basile (Basile Arteco), specially planned for the Baglioni Hotels Group, in the renovated venue of the Nuovo Caffè Baglioni inside the Carlton Hotel Baglioni in Milan. Twelve wooden glass-cases became the stage for temporary exhibitions of unique objects characterised by projectual research, esperimentation and precious and rare realizations of Design.

The new Rinascimento, the exhibition’s upgraded edition has been specially designed on the occasion of Milan’s Design Week. A selection of authors representing the contemporary “fare italiano” was hosted, a mix of Innovation and Tradition including different generations and new ideas, Design, as well as Contemporary Art and Graphics, with an eye towards Italian collaborations in foreign countries. 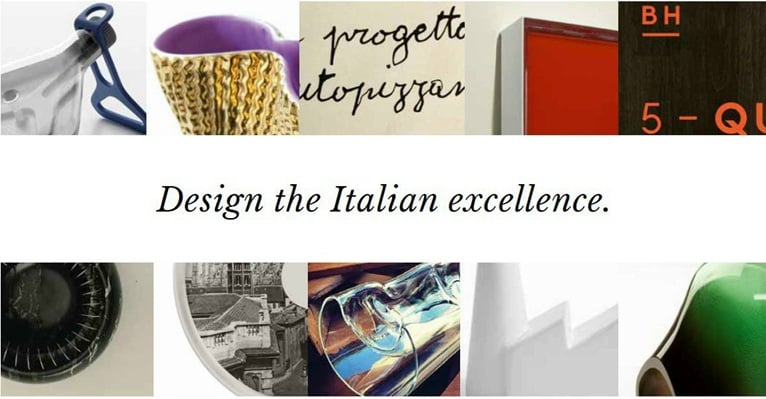 As it always happens, Art becomes bearer of a vision on contemporaneity that anticipates the changes in society and suggests a possible direction. New generations of designers, graphics, artists, entrepreneurs, researchers work in continuity and memory of what was developed by the Masters, with a new approach and a new idea of research. Italy is not at a standstill, actually it is a thriving country, eager to start a concrete change in society, and in the ordinary people’s life.

Two Maestros of the XXth century, great and contemporary Achille Castiglioni, and Enzo Mari, one who has always been skilled at designing, even only using words, was hosted here with a piece of writing - a project - passion and utopia, exhibited with Contemporary Masters. Alberto Meda exhibited “Lightness” - a project in 3D evoking gentleness and ethics - and “Solar bottle”, an object that makes you think of Design as a means to improve the quality of life of a great number of people, exhibited at New York’s MOMA in the exhibition “Design and the elastic mind” since 2008 it has been part of the permanent collection of the Museum. 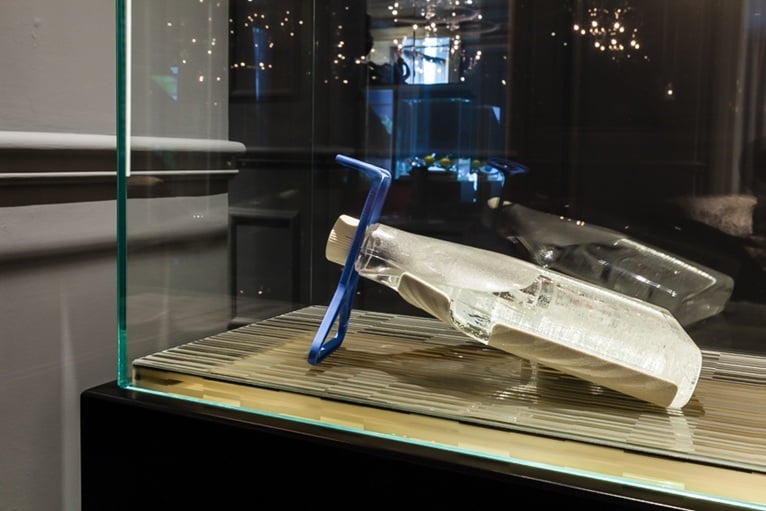 Works by Paolo Ulian, Marta Laudani & Marco Romanelli, Giulio Iacchettipresented alongside other names of the new generation of Designers, such as the Collective group of the project “Breaking the Mould”, realized in glass in Salviati’s historic furnace in Murano, and Giorgio Bonaguro, there with a fascinating four-hand project designed with Brazilian designer Zanini de Zanine in which they used the Internet, and the craftmanship of their countries - Italy and Brazil - in order to build a bridge between two different cultures. Design, Graphics, Art, a welcome to International collaborations with foreign Designers, bringing with them projects of different cultural contaminations and identities. Different styles and approaches to common themes and feelings. A thin but well visible Fil Rouge linking our history and our future. Maybe, a new Renaissance. 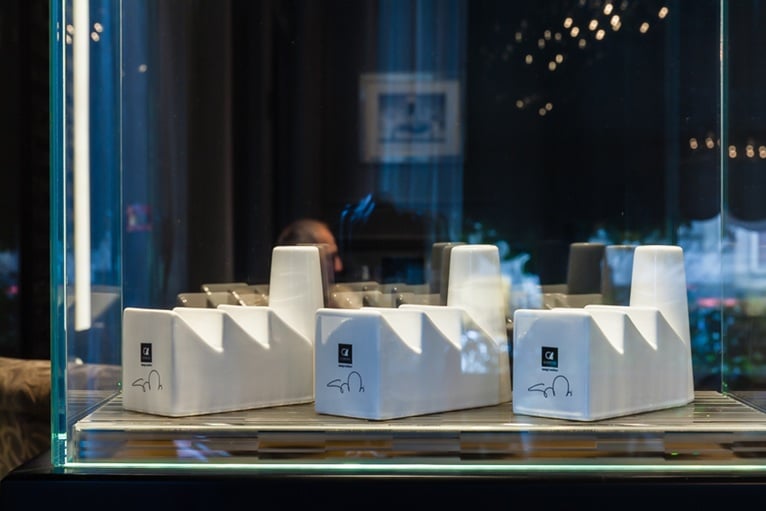 From tradition to 3D printing. A tribute to Women’s creativity 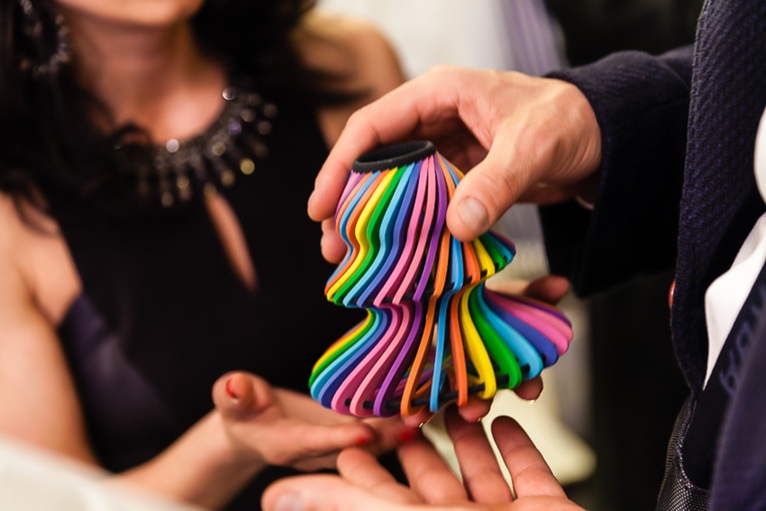 The exhibition hosted Italian Designer Maria Jennifer Carew who exhibited her creation of jewels by using 3D printing technology from RHINO FAB STUDIO by Silvia Salami and Giorgio Villa. There were also two projects by Lina Bo Bardi, an extraordinary Italian Designer, Brazilian by adoption, who significantly contributed to introducing the architectonic and design culture of Brazil. She presented a project dating from 1951, the “Bowl Chair”, currently produced in limited edition by Italian ARPER, and the unique “NOIZE CHAIR”, by contemporary Brazilian Designer Guto Requena, printed in 3D technology, a homage to the “Girafa” chair, edited in an exclusive limited edition by world-famous Brazilian Gallery, Coletivo Amor de Madre, owned by Olivia Yassudo Faria in Sao Paulo.

Tradition and innovation, project quality, culture and ethics. A homage to women’s creativity, designers in a country that is finally looking at them as leaders. 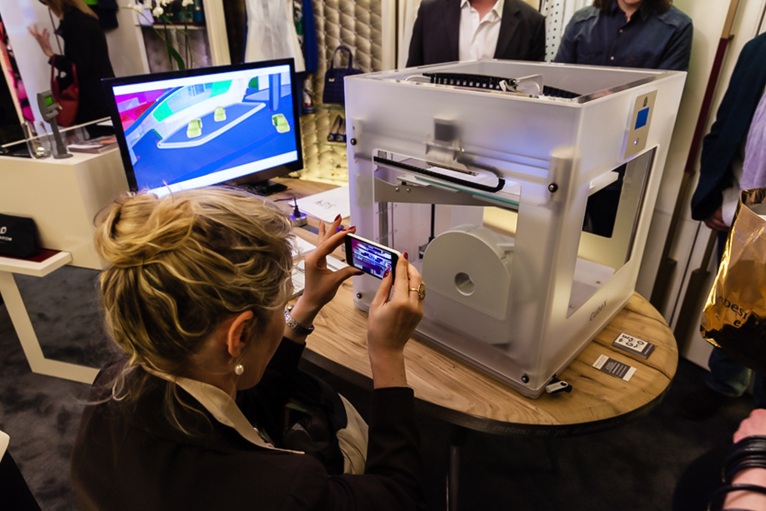 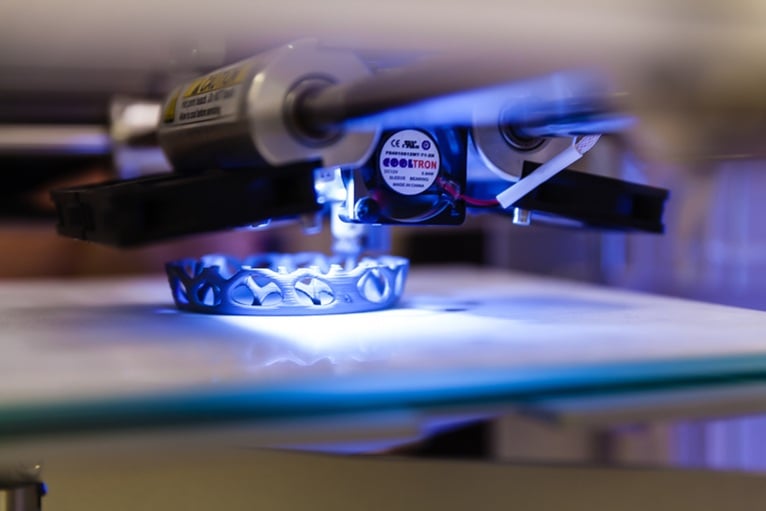