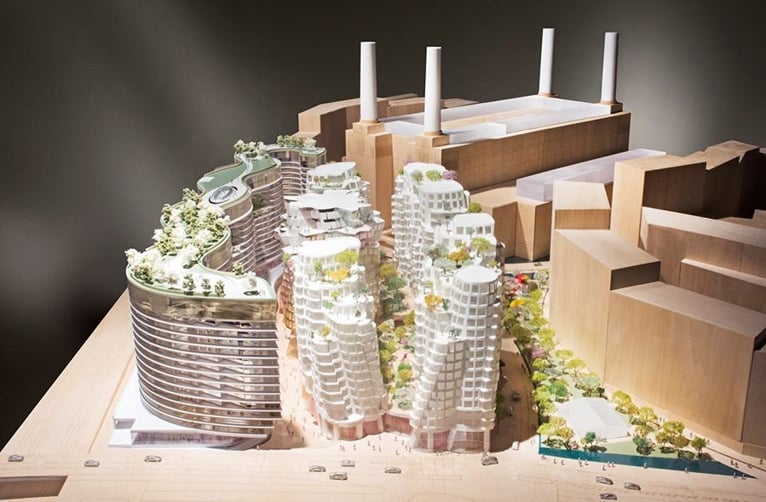 Following an international design competition held in September 2013, the two architectural practices were chosen to design the new complexes to house the residential and a new pedestrianised retail street in the area to the south of the Power Station.

From a first glimpse both architects seem to have responded perfectly to the request of the next luxury complex, which doesn't really find a dialogue with the iconic Station, but marks the Foster and Gehry brand with a recognizable gesture.

Curvy and organic geometries design the new apartment complexes on the back of the Station. Looking at renders and models, a “bucolic paradise” with vegetation and trees, will take shape on the top of the buildings for  over a quarter of a kilometre long. 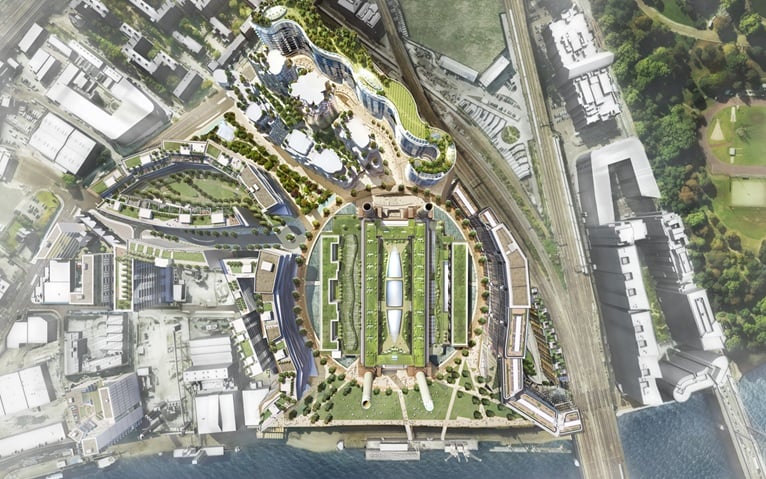 Phase Three is a key part of the regeneration of the Battersea site, and will feature a new high street for London, to be known as The Electric Boulevard. This will be the main gateway to the entire Battersea development, connecting the Northern Line Extension station with the Power Station itself, and is at the heart of the vibrant new community being created on the 42-acre site.

The third phase will comprise over 1,300 homes in a range of sizes and styles in two zones on either side of the boulevard. In addition, a 160 room hotel and 350,000 sq ft. of retail and restaurant space plus additional leisure space will be delivered as part of the proposals. 103 affordable homes from the total of 517 being provided across the development will also be delivered as part of this third phase. 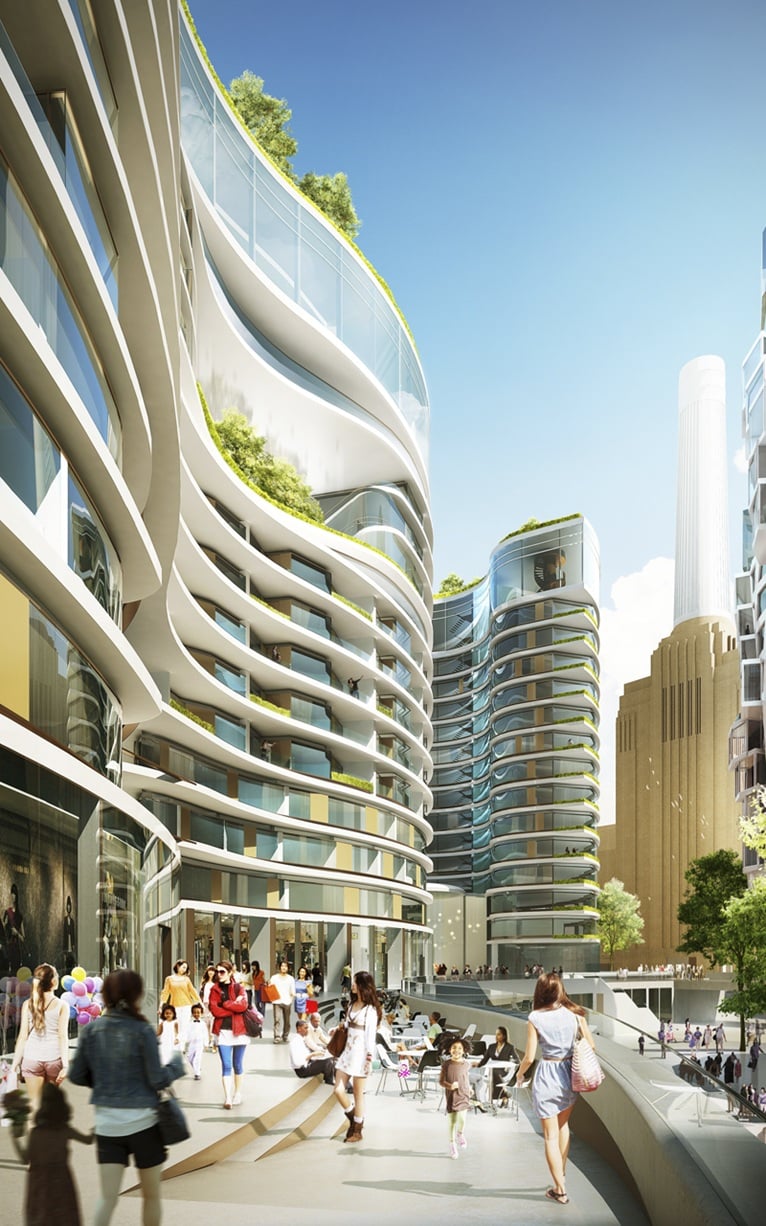 Gehry Partners has designed the five buildings to the east of The Electric Boulevard, to be known as “Prospect Place” which will house double-height retail units at street level, approximately half of the planned residential units, a community park and multi-use community hub. “Prospect Place” will be anchored by the distinctive “Flower” building. 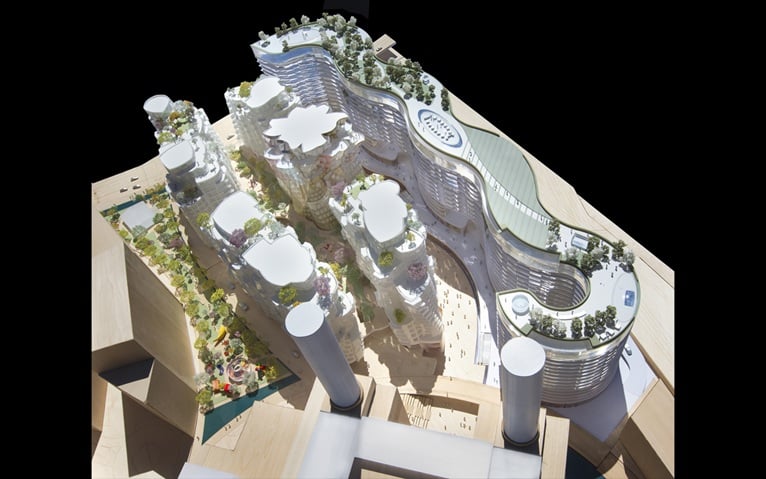 Foster + Partners has designed the building to the west of The Electric Boulevard, to be known as “The Skyline” which undulates along the line of the boulevard, creating a unique building profile. Two floors of retail units will front on to the western side and huge breaks in the façade will allow light through to the public spaces below, while creating gardens in the sky.

Housing the other half of the planned residential units, including the 103 units of affordable housing in its southern end, a medical centre and a 160 room hotel at the northern end. 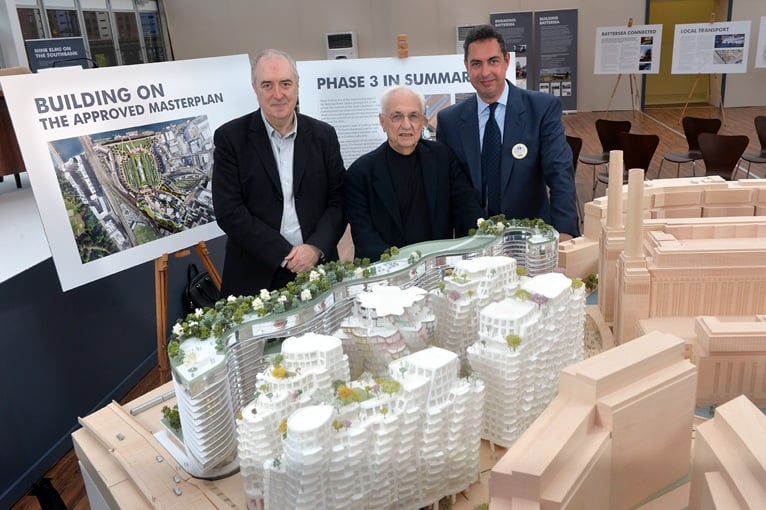 Frank Gehry, Founder of Gehry Partners, said: “Our goal from the start has been to create a neighbourhood that connects into the historic fabric of the city of London, but one that has its own identity and integrity. We have tried to create humanistic environments that feel good to live in and visit.”

Grant Brooker, Design Director and Senior Partner at Foster + Partners, said: “We moved our own office to Wandsworth almost twenty five years ago – the Borough is very important to us, so we were absolutely delighted to be chosen by the shareholders of Battersea Power Station to be part of this inspiring regeneration project. It will transform the area and create a vibrant new district for South London that we can all be proud of.”