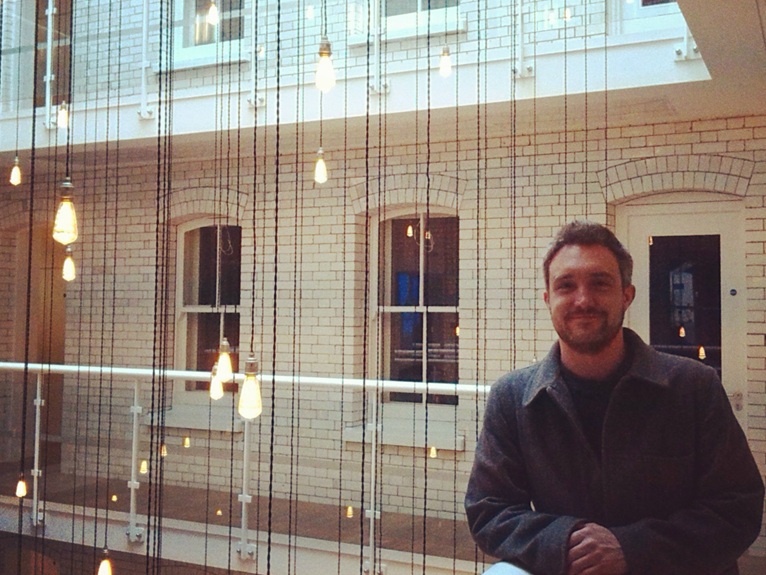 INTERVIEW_ Archilovers recently opened its new cluster in London. To better discover the eclectic creative panorama in architecture and design I have decided to organize a series of meetings with some of the most interesting creative studios and ventures linked with the architecture world.

I am starting from the architects who collaborated in designing the Hub Kings Cross where I am currently based: Oliver Marlow from TILT Studio. We met at the workspace in the recently opened Club Chancery Lane building.

We talked with him about the new way of working and how this new tendency is shaping the interiors of offices and co-working spaces. From the Google offices around the world to the cafeteria round the corner which becomes your personal office, thanks to technology the way of working looks to have radically changed. 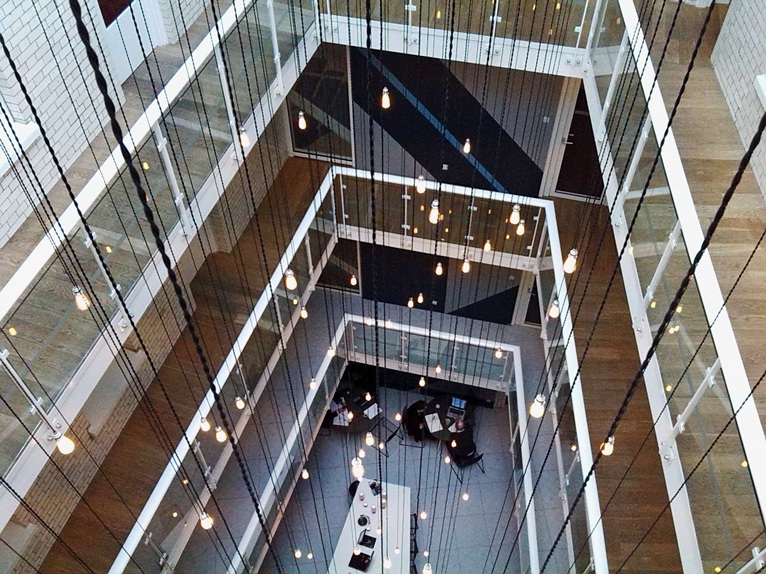 “To be honest I have never worked in an office in my life, I never had a salaried job, I’ve always been a freelancer. So I kind of grew up looking for those spaces, so there has been a time in the past when I started to work, after graduating from University in 2000, at that point I was working in cafe and we created our own spaces. So in our generation nobody wants to work in a traditional office, because it's a different focus now.

Obviously the huge significant element of that is technologies. You can’t have an office space like this without internet, without social media, without all these things that allow you to have your office with you. As well the way of work has changed, it is transforming our environment” 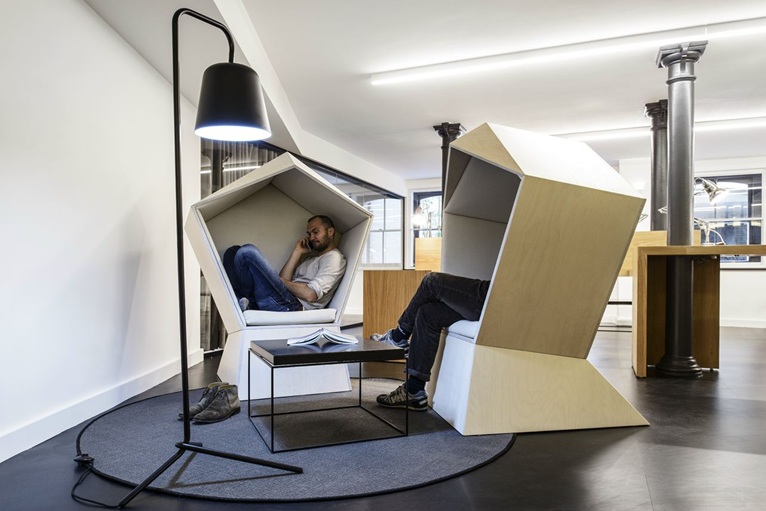 Do you think that it is a global change or just involves some countries more than others?

“The drivers globally are maybe slightly different, technologies obviously are everywhere. The real estate challenge, especially in big city, is focused on moving from west to east.

In terms of demographics of a country, in Europe you have top heavy population where the majority of people are older, instead if you look to Asia or Africa the majority of the population is younger, so that will push the things so much quicker in the rest of the world.

They don't use this kind of institutionalized office space, that we are abandoning. In Africa they are not bothered to lay cables for communications they do everything wirelessly and we have gone through laying for 150 years now we are trying to let go of that and they are just jumping to the next thing.

Work is going the same way, in particular with this kind of environment that is cheap. Building gigantic buildings will still happen in those big emerging economies, like China and Brazil, but for a lot of the world it will be so much smaller spaces connected that will serve each other through technologies and through ability” 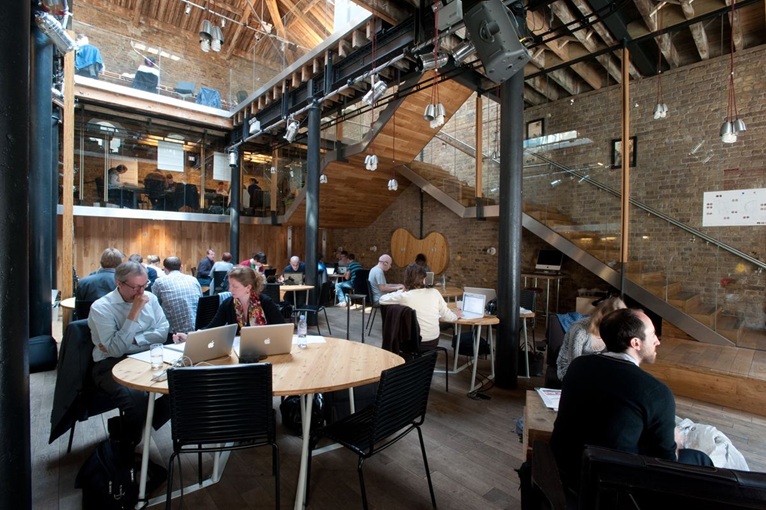 TILT studio ran co-design workshops to engage the Hub staff of Impact Hub King's Cross and members and to give them the opportunity to help conceive and develop the design for the space.

Elements of the co-design approach allowed members to engage autonomously through the day, rather than having to attend a timed workshop, a must for a working, busy space.

“There are some architects that think they are able to imagine what everyone needs or what everyone wants to be, and it's just not possible. It's not that the architect is no longer necessary, he is very necessary for his expertise, regulations, bringing projects and things together, but you have to trust that complexity of groups of people coming together and be careful with it.

Architects like to finish the project, take the photographs, walk away, but there is something so much more exciting about leaving the space developed to users that customize and change it. 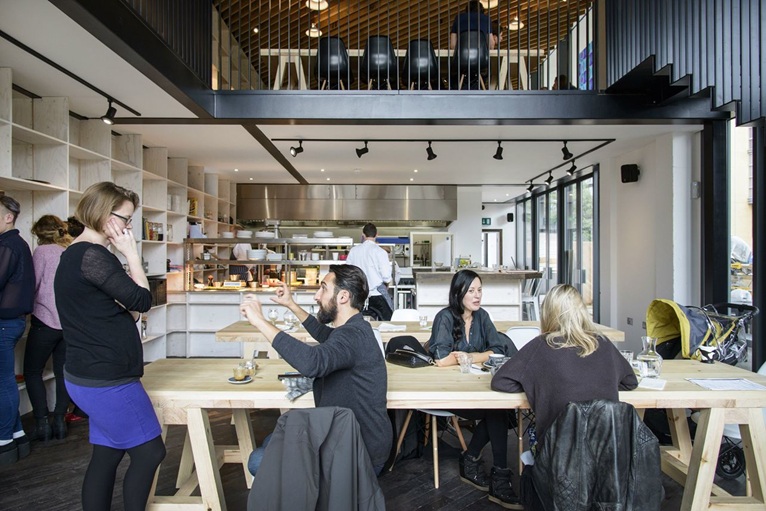 The next step over co-working spaces is The proud archivist , that mixes together a restaurant, a gallery and a work space. So I was wondering how these kind of places, where you could spend almost all your day, are changing our way to live the city and be connected.

“To live in London and not feel overwhelmed I find that you have to think of these smaller places. You know your area, the high street, your particular things and then you go to Leicester square and the Science museum for particular events but you know you feel almost a tourist in those areas anyway.

Urbanization seems to be the creation of a gigantic massive density of people, but it's actually more how smaller things are going together.

It's put tiny things together, for us it is the same in our projects taking a small scale and just going bigger. Why can't you think city planning by working with people and asking what they want rather than looking from above and see the ground?"

'Bird Shit Architecture' in Brasilia and Beyond  by ForaTv

"There is a great example, a Danish Architect called Jan Gehl, who is one of the first architects who doesn't design buildings, but more processes and one of his examples is Brasilia.

If you look Brasilia from the air, that is how it was conceived to look beautiful, if you stand on the street there are no shops, no restaurants, there is nothing. You feel that you are in a ghost town, because it was designed the wrong way round.

That is the only way to understand the city.”