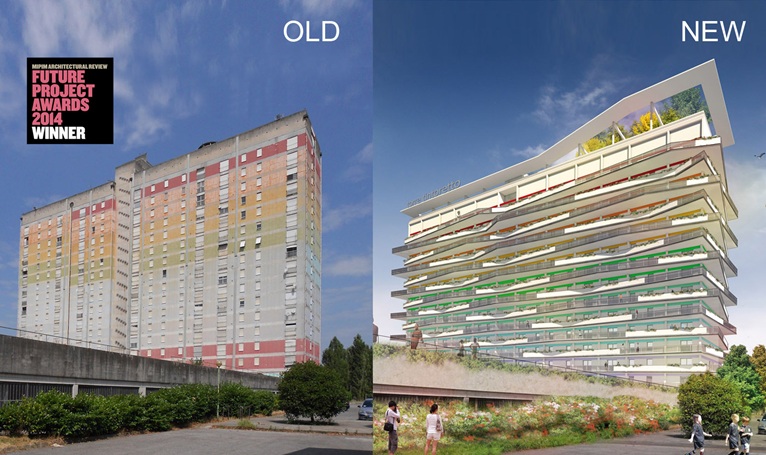 Luca Peralta Studio, an Italian design firm based in Rome, has been awarded first prize in the 2014 MIPIM Architectural Review Future Project Awards for the category “Old and New”.

The Architectural Review offers prizes for architectural excellence in unbuilt or concept projects that are examples of fine architecture, yet respond to the client’s development brief and consider the impact of architectural contribute to the community around them.

The project was on display with other winners of the twelve categories from March 10-14 at the MIPIM, in the Palais de Festival in Cannes (FR), the main international real estate forum which draws nearly 20,000 registered delegates, and is published in the official catalog of the exhibition. The studio attended the awards ceremony dinner on March 12 at the JW Marriott Hotel to receive their prize and was recognized amongst all category winners and highly commended projects. Luca Peralta Studio is the only Italian architecture studio to receive an award this year (2014), previous Italian winners are Iotti + Pavarani Architetti in 2011 and Mario Cucinella Architects in 2009. 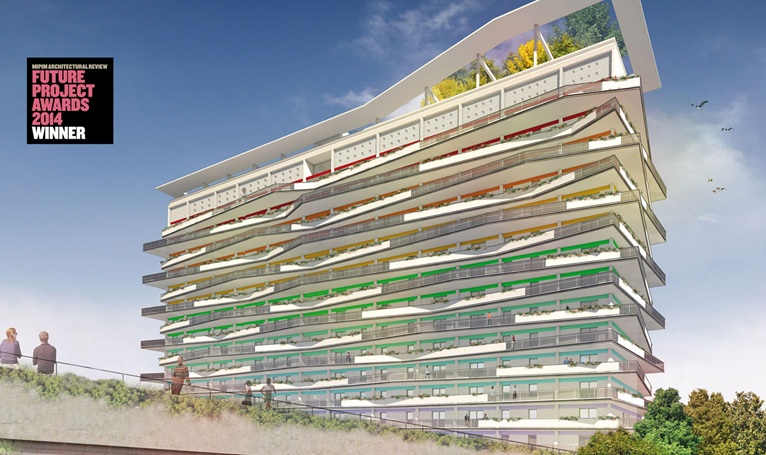 In the past the same project has been already awarded 1st prize in an international design competition (July 2013), sponsored by Ordine degli Ingegneri di Brescia, which was organized to find the best proposal for the regeneration of an empty and obsolete building prior to being sold in a public auction.

The intervention focus on an existing residential tower, one of five social housing buildings designed in the same manner, located inBrescia,Italyin the peripheral quarter of San Polo.  A seventeen story building constructed in the 1970’s that certainly does not encourage sociability between its inhabitants: the tower is self-referential, an introverted architectural volume, a locked up big “box” containing “boxed” apartments that are closed within themselves, only connected to each other through dark circulation spaces.

Through the addition of color bands referencing the existing colored facade and the addition of balconies with varying depths, a dynamic, three-dimensional architecture is proposed, in contrast to the static, flat image of the existing building. The proposed facade designed from the shadows casted by the overhangs and the planter-box balustrades constantly change image with the different hours of the day and with the different seasons, consequently dematerializing and softening the presence of the massive built volume into the context. 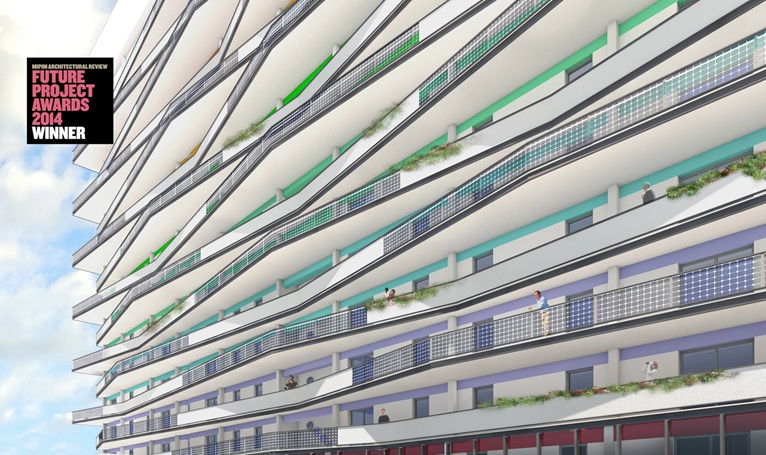 The generous balconies offer an increase of 20% of usable surface area, allow each apartment to “open” up and blend harmoniously into the surrounding urban landscape, and lastly establish visual connections between the residents on the same floor as well as with those on upper and lower floors to promote opportunities for social interactions.

The roofs design of the main building and of the podium over the parking include a swimming pool, sunroof, barbeque and picnic area, game area for the elderly, flower and aromatic herb gardens, open reading rooms, tennis and bocce ball courts, jogging path, fitness trail, etc. and is strategically designed to promote social occasions, leisure and free time for both residents of the complex and visitors of all ages.

The use of balcony overhangs to reduce solar radiation, the use of photovoltaic integrated within balustrades and the use of geo-thermal heating and cooling are only few of the peculiar LEED strategies proposed here.

Conclusion: the project can be considered a model to follow for the aesthetic and sustainable regeneration of existing social housing complexes and additionally for the application of design strategies which promote a sociable, contemporary lifestyle fostered through neighborly relationships. 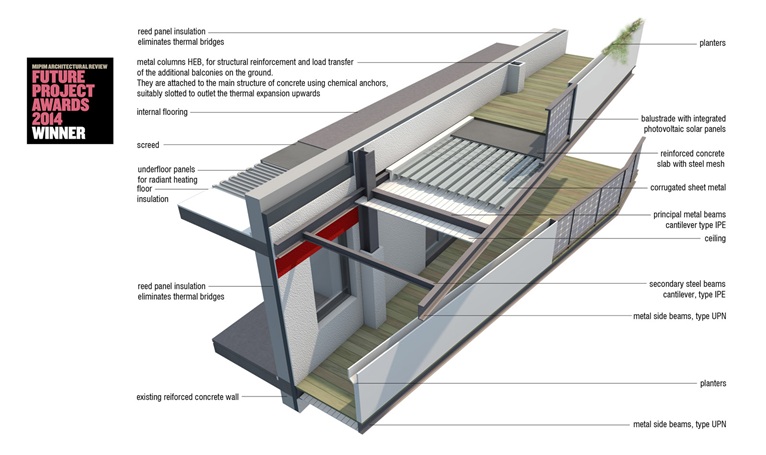 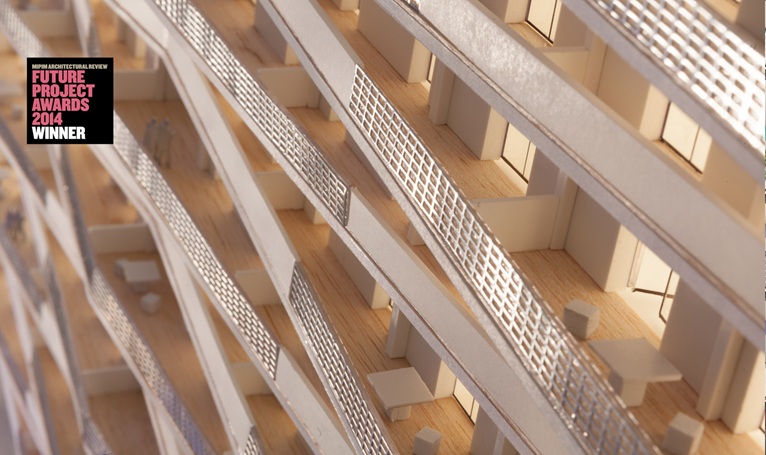 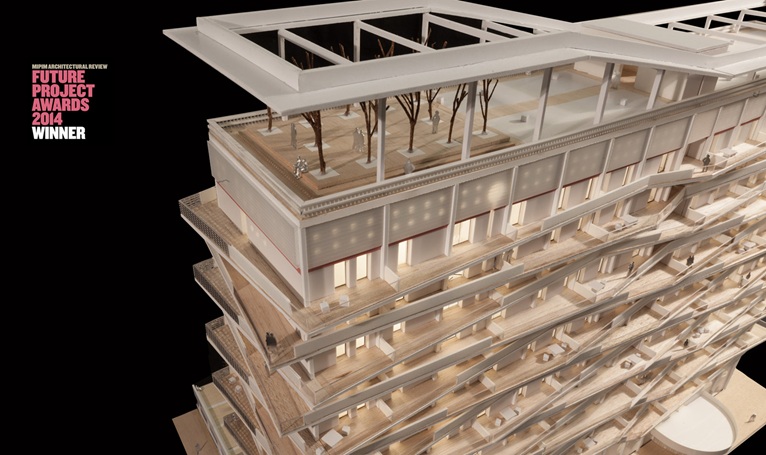 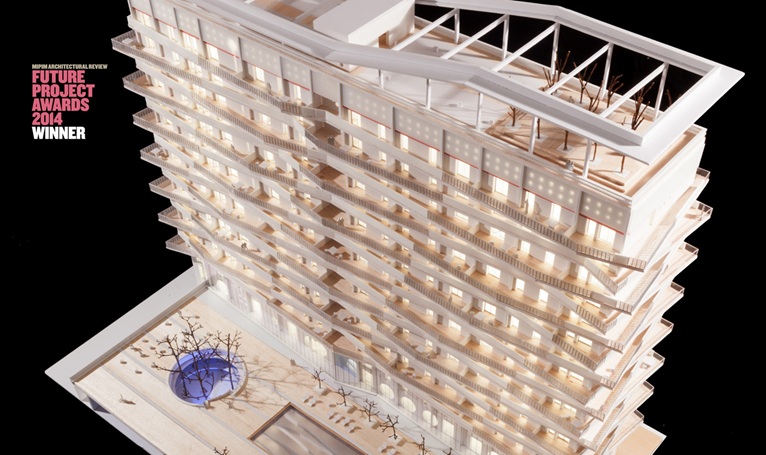