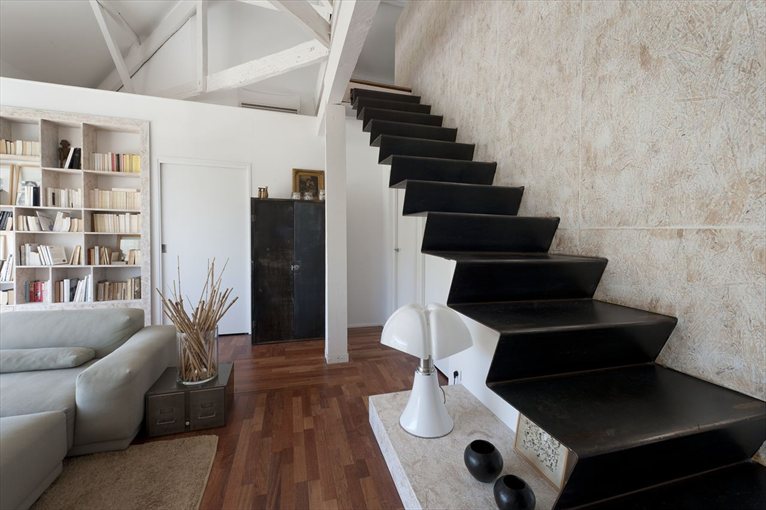 Interior Designer Maurice Padovani has renovated the former smallholding near the Marseilles beaches called Le Prado and flanked by a stable. It was restructured in three phases.

At the end of the 1990's, a young family moved into the first floor of the house, happily accepting that their son and daughter could share a room. The volume was entirely freed of all its partitions and false-ceilings, revealing a spacious rich and articulated structure. The parents' bedroom slips in under the wooden beams, accessed by a metal staircase. The upper part of the main wall is completely open and the old staircase, which had previously been external, was integrated into the house.

A few years later the couple purchased the ground floor and an adjacent outbuilding. Once again the main walls were opened to let the light shine in. Here, they created the kitchen, the living room and the sitting room.

When the children became teenagers, the ground floor was once again renovated. The kitchen area houses two new bathrooms, the fire place was removed and a new room was created under the mezzanine to make the two children independent. The access staircase to the mezzanine, a single simple folded steel sheet, the icon of the house was moved onto the new room's partition and fixed to a structure hidden inside the wall.

The whole house was completed by design elements like the LCW chair by Charles and Ray Eames for Vitra, the Zettel'z lamp by Ingo Maurer, in contrast with the pallets converted into wooden tables and MDF.