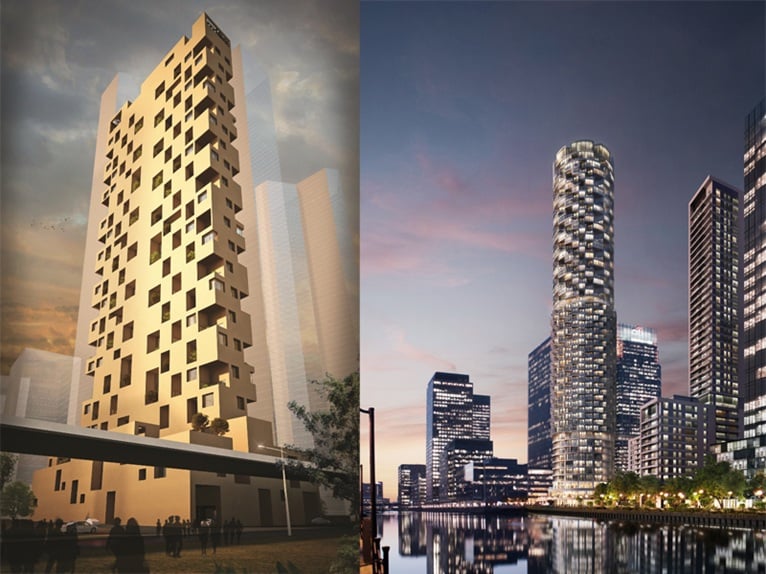 The MIPIM AR Future Projects Awards are now in their 13th year. The only awards exclusively for future projects, they celebrate excellence in unbuilt or incomplete projects spanning across twelve categories. The winners will be honoured at a prestigious prize giving ceremony during MIPIM (le Marché International des Professionnels de l’IMmobilier) on 12th March 2014.
MIPIM, the international real estate fair, attracts over 20,000 delegates to Cannes for four days of real estate business as well as conferences and talks on the widest aspects of real estate.

These awards have a strong focus on creativity and provide a chance to showcase projects that are examples of fine architecture, but that have also responded to the client's development brief and have considered the way in which they will impact and contribute to the community around them. With most architectural awards and recognition focusing on current projects and designs, these awards provide a unique and exciting perspective. 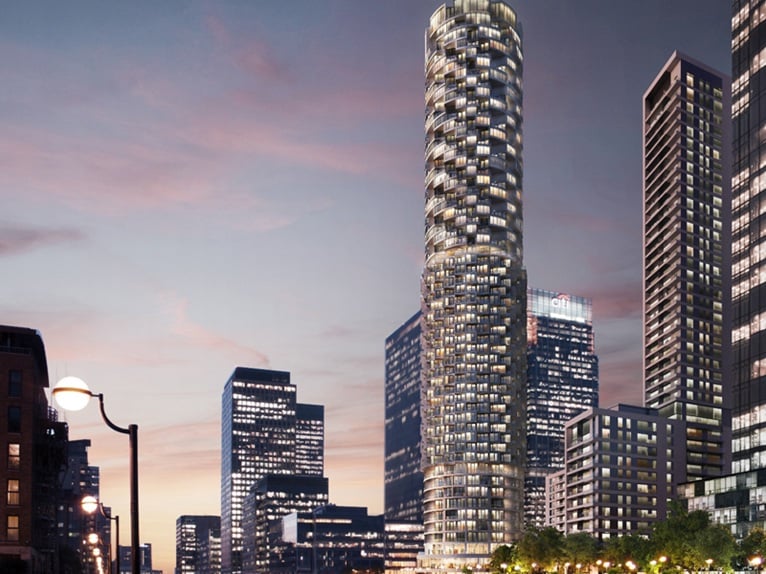 Two UK projects have been selected for an award in the 2014 programme. Canary Wharf Group’s One Wood Wharf development designed by Herzog & De Meuron Architekten won the award in the Tall buildings category. The Jury, made up of journalists and architects, motivated their choice as follows “the striking appearance of this tower stems from a strict analysis of views and amenities required by the multiplicity of customers for the London residential market. This is a relatively complex design, appropriate for the sophistication of this market and this location” 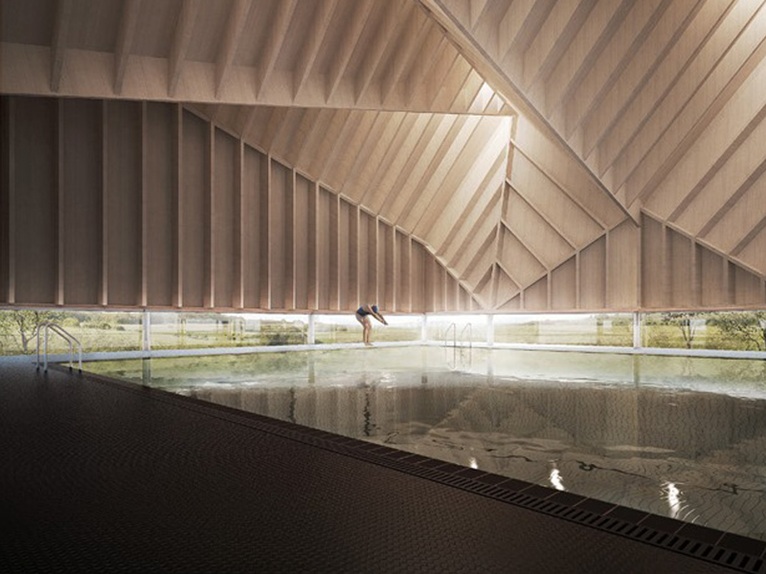 The other UK project award winner was Alfriston Pool in Beaconsfield, designed by Duggan Morris Architects, in the Sports and Stadium category. The project, which is part of Alfriston school, was praised by the judges who stated “the diagram, plan and section work seamlessly in the creation of an origami structure. This structure manages to work convincingly in a context that it has made its own”. 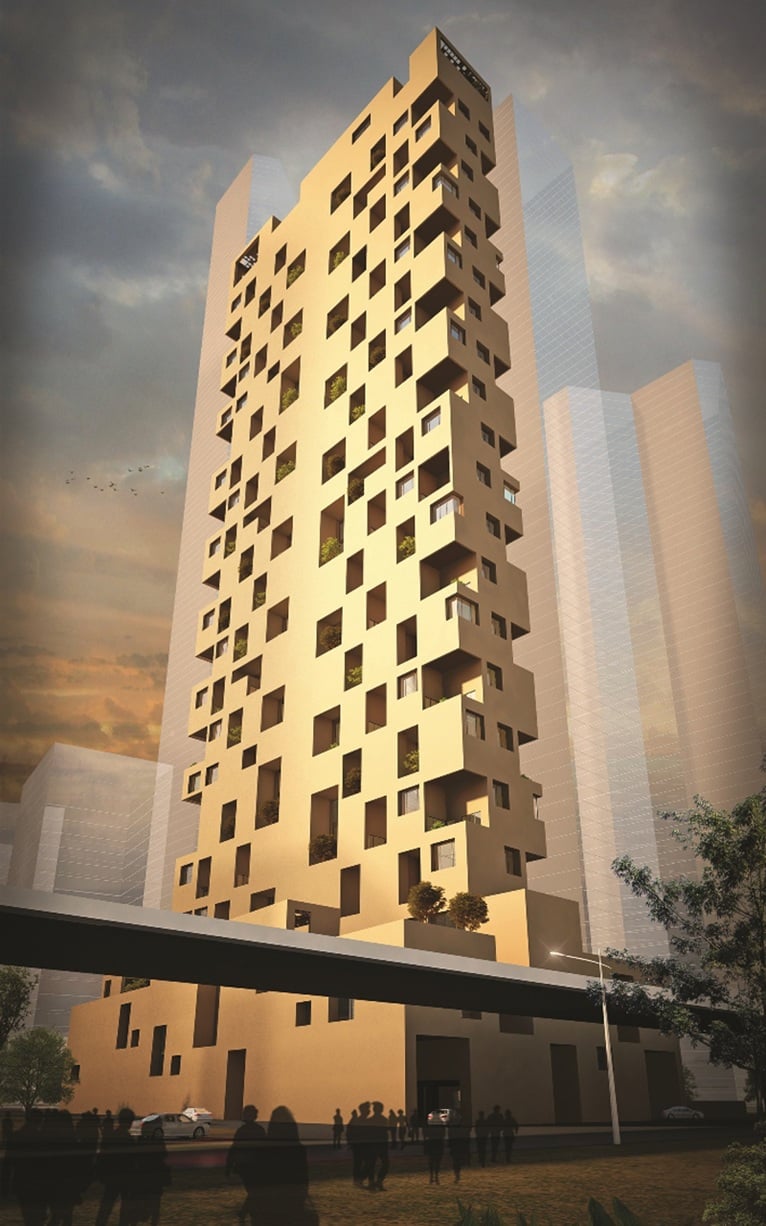 As regards some of the other categories, Sanjay Puri triumphed once again at the annual Awards, this year winning the Residential prize for Mumbai’s Sky Courts apartment tower, a project intended to create distinctive housing with large, open plan spaces and open rooms in a location with high density, high rise residential and commercial buildings.

The judges considered that “the principal objectives of providing both amenity and fresh air have been achieved successfully, where the clever resolution of the design, in both plan and section, has resulted in a building of architectural distinction”. 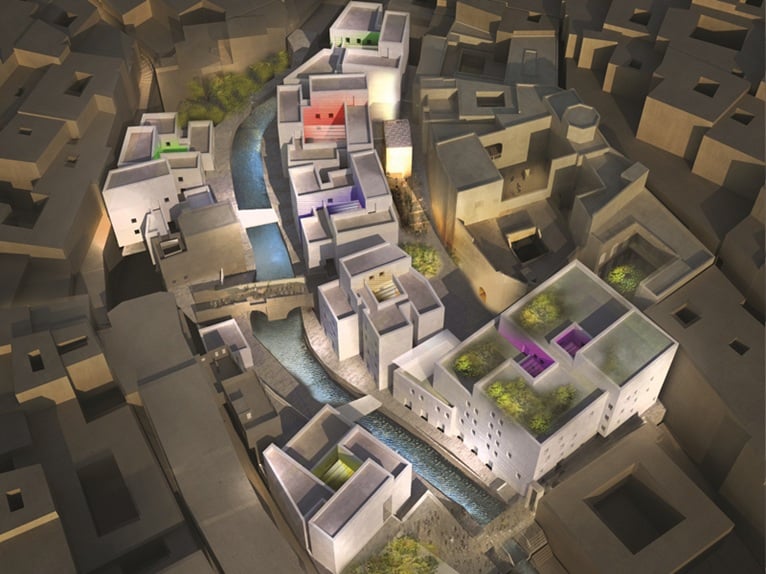 Mossessian & Partners, the UK based practice headed by French architect Michel Mossessian, won the cultural regeneration award for the Place Lalla Yeddouna in Fez, Morocco, which was also shortlisted in the WAF future projects category and Italian architect Luca Peralta won the Old & New category for his concept design of an existing 18 storey residential tower in San Polo Brescia built in the 1980's for destitute families called Torre Tintoretto. 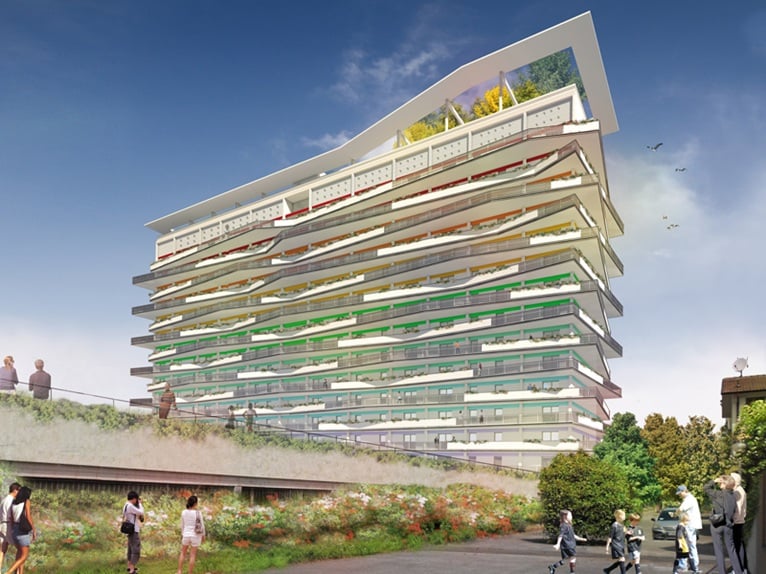 Cultural Regeneration Place Lalla Yeddouna in Fez, Morocco by UK based mossessian & partners / Yassir Khalil Studio for The Government of The Kingdom of Morocco (under construction).

Mixed Use Vanke Jiugong in Beijing, China by SPARK for Vanke Group (under construction).

Residential Sky Courts in Mumbai, India by Sanjay Puri for Tanash Environments (on drawing board).

Tall Buildings One Wood Wharf, London Docklands by Herzog and de Meuron for Canary Wharf Group (on drawing board).

Sustainability Next Generation Container Port by Osamu Morishita Architect & Associates (on drawing board).  Project was entered in the Big Urban Projects category.