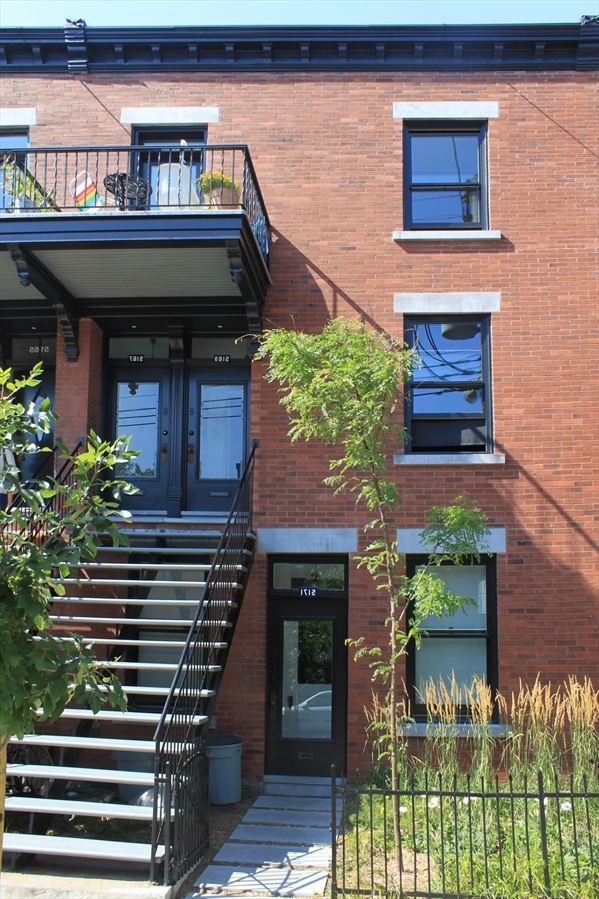 Canadian design office la SHED's project involves completely renovating the first two levels of Maison Drolet, a hundred year old triplex in the Plateau Mont-Royal in Montréal. Outside the original appearance was deliberately maintained; the addition of coloured panels in strategic parts of the façade facing the yard, allows more privacy for the residents. The typical layout of the house like those in the neighbourhood was exploited to the full to give it more a spacious and luminous look.

The whiteness and the full height openings allow light to come through from everywhere. The new architectural elements, like the stairs, the wooden wall and the kitchen play an important role in the organisation of the space, in contrast with the simplicity of the surrounding spaces.

The architectural path is defined around an open central space on two levels. Wood in good condition was recovered from the demolition operations and re-used in a structural wall. The material, deliberately untreated, gives warmth thanks to the contrast with absolute white.

The whole house is based on the concept of a spirit of lightness, simplicity and the contrast between the 'historical' wood and brick façade and the new steel and transparent glass elements.