Last Weekend (1st and 2nd March), the London Legacy Development Corporation made a further step forward in the redevelopment of the Queen Elizabeth Park as a permanent legacy of the London 2012 Olympics, with the opening of Zaha Hadid's London 2012 Aquatics Center to the public. 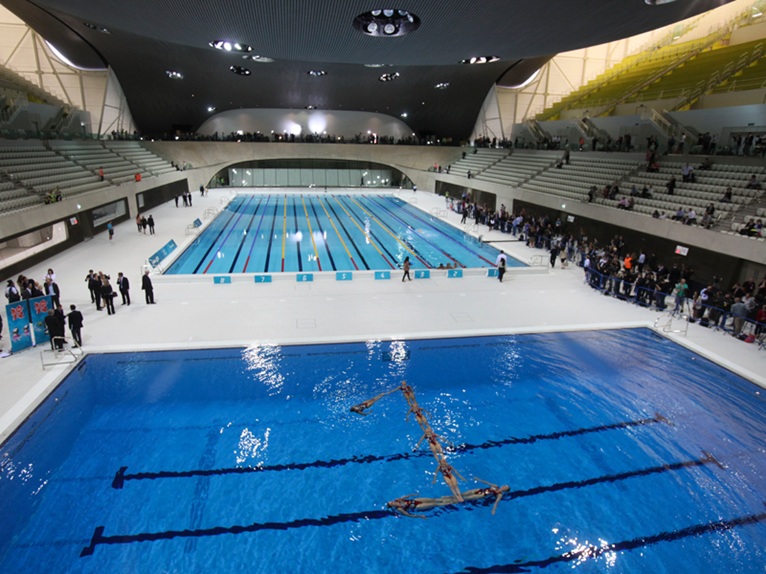 The successful launch saw more than 8,500 local residents and Londoners at the newly reopened London Aquatics Centre. The lucky visitors who managed to get swim tickets costing just £3.50 swam, dived and were able to watch several swimming exhibitions organised for the occasion for the first time since it hosted the London Olympic and Paralympic Games in 2012. 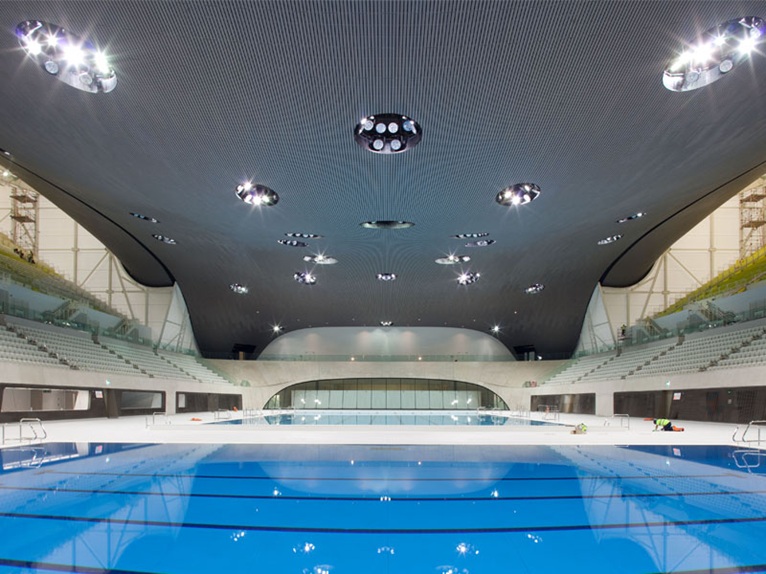 The events included a synchronised swimming display by the Aquabatix team, runners up in Britain's got talent

and a dive show by British Olympic medallist Tom Daley.

The London Aquatics Centre, designed by Zaha Hadid Architects was probably the most critically acclaimed designs of the London 2012 Olympics and also one of the most recognisable venues.

The swimming venue opened to the public has two 50 metre pools: the competition pool which will be used for lane and fitness swimming and the training pool, which will be often divided into two for family and fun sessions with inflatables. There is also a 25 metre diving pool with springboards and platforms up to 10 metres, as well as a “dry diving” training space, changing facilities, a state of the art gym, a café and a crèche. 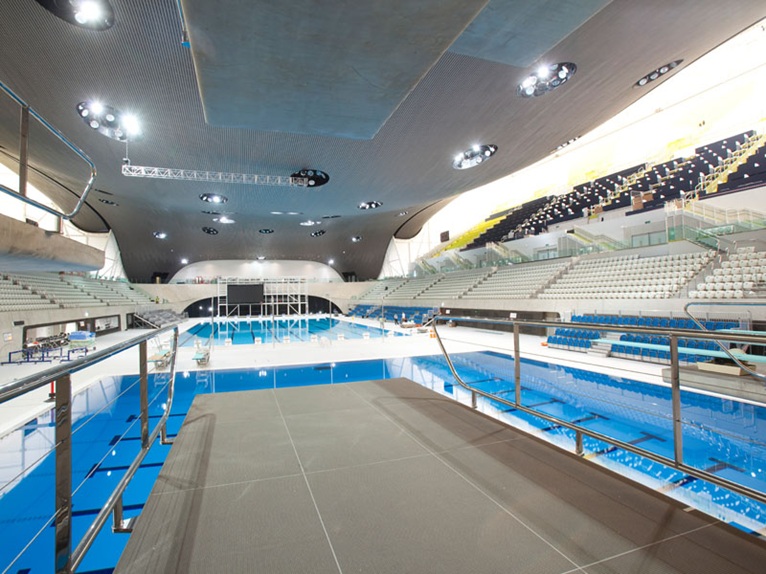 The pool will also still be used for competitions, with 2,500 permanent seats and a further 1,000 temporary ones if needed.The first post Olympic competition here will be the FINA/NVC Diving World Series from 25th to 27th April. 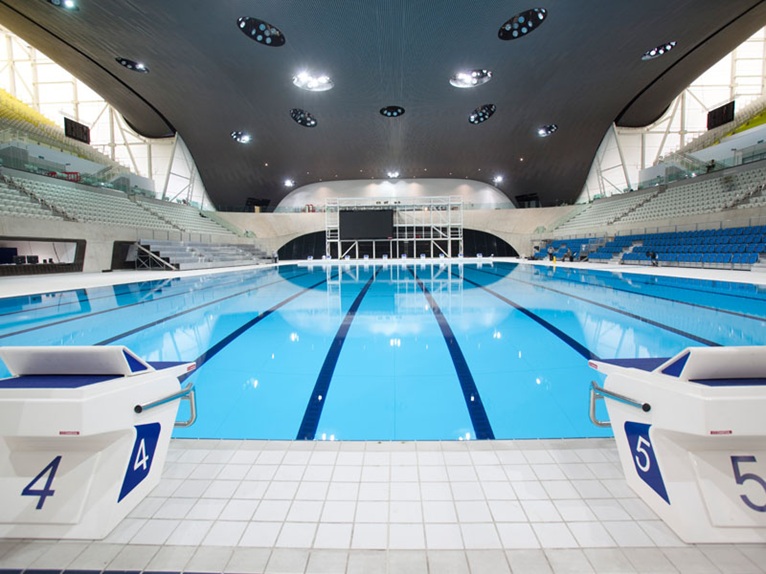 Greg Holland, Venue General Manager for the London Aquatics Centre, commenting on the successful opening weeked said, “We have been working hard to transform the London Aquatics Centre from an Olympic venue into a top class swimming and diving venue for all the community. With access available to local and London swimming clubs, it will be a unique training venue for our stars of the future. It has been great to have had so many visitors on our first open weekend, and such great feedback from our customers.”