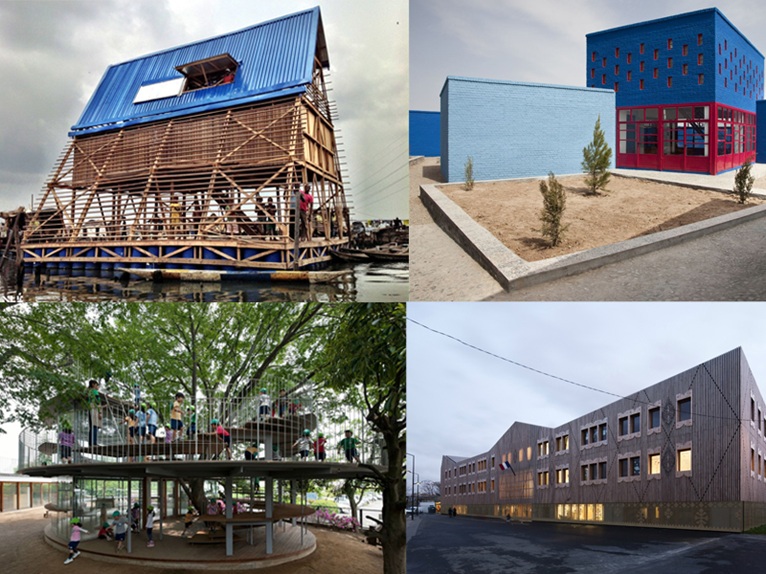 Designing schools and playgrounds means creating a “tomorrow”. Encouraging children to discover, to experiment and to imagine: means offering them the opportunity of building themselves. Places of action, of stories to be written, of unsuspecting emotions, of creative experiences, of renewed exchanges and of collective freedoms: we have all "lived" much of our childhood in our schools and have also outlined our first desires for spaces there.

In France, the early Republican educational project contributed to a calibrated and standardizing learning embodied by standardised and normalised buildings. However, the definition of education has evolved to allow children to be themselves and to participate in society.

There are different education realities in the world. Architecture is never neutral, it plays an important role in defining the future.
For this reason the exhibition proposes several positions:

Schools of desire. Offering each child their own way of discovering the world around them so that it consists of unforgettable memories. So that they can set off again with a desire for spaces, using all their senses to live fully connected to their environment.

Schools of enchantment. Suggesting spatial experiences with vibrant emotions that would create wishes for the future, desires and promises of living such generous architecture.

Schools of openness. Imagining a building that helps children find their place, imagining a town that revolves around the school. Opening possibilities where going to school is not always possible.

Schools of the possible. Designing a place where the identities of everybody would be rebuilt and allow their culture to live together.

The four teams of architects presented in this exhibition have designed their projects as the same number of realities full of hopes.
From France to Japan, from Nigeria to Afghanistan, each one goes on writing the original story that is behind its creation. 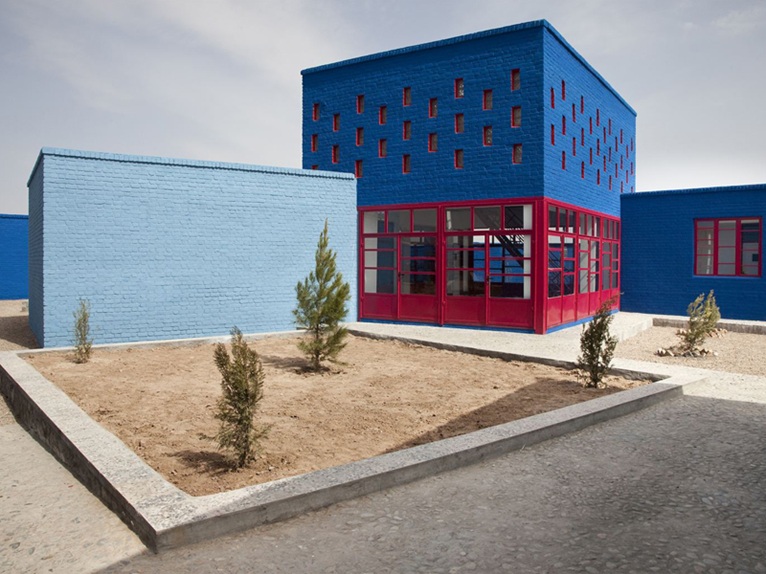 The Maria Grazia Cutuli Primary School in Herat Afganistan, for instance, built in honour of Italian journalist Maria Grazia Cutuli, murdered in Afghanistan in 2001, represents an alternative approach to emergency school design for war-torn areas. The architects, led by the murdered journalist's brother Mario Cutuli, and young Italian offices 2A+P/A, IaN+ and ma0 studio d'architettura is designed like a small village, the complex is intended to resemble an unplanned juxtaposing of elements enclosed by a boundary wall. 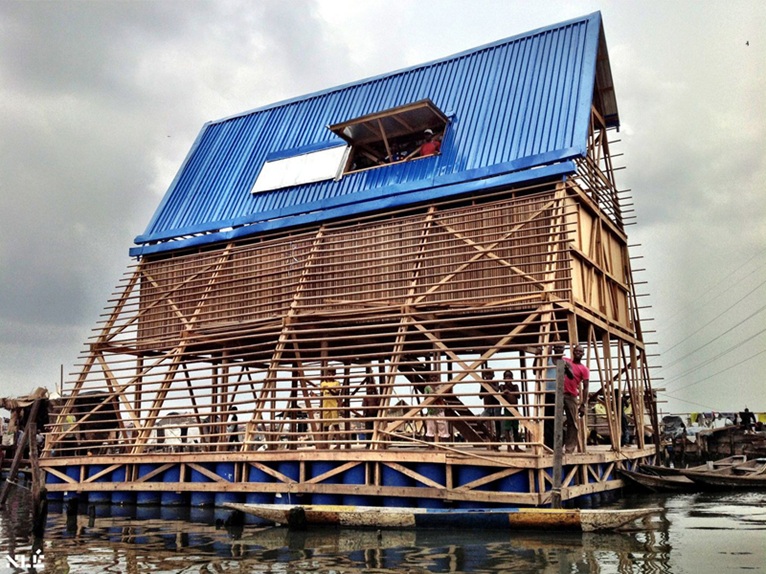 Another school project for special areas, is NLÉ's Makoko Floating School in Lagos Nigeria, which has also been nominated as one of the designs of the year in the Design Museum's Designs of the Year contest. The project offers an innovative way of overcoming a community's social needs in areas affected by climate change. 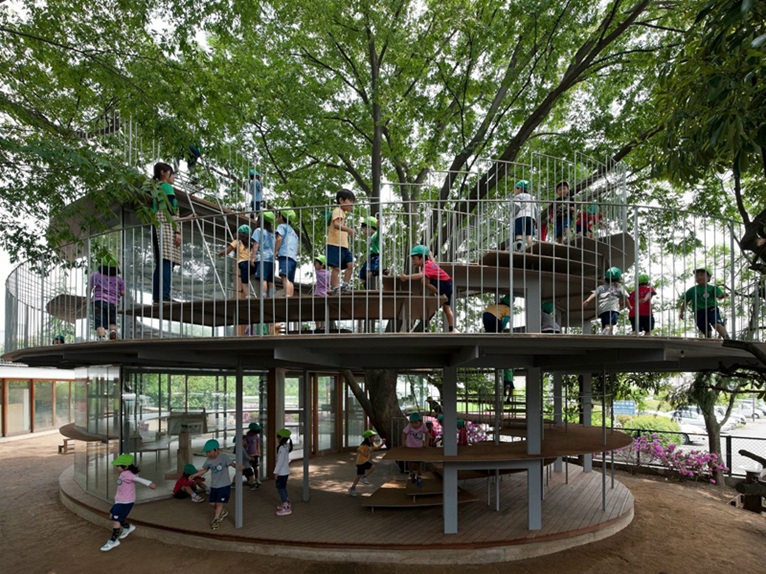 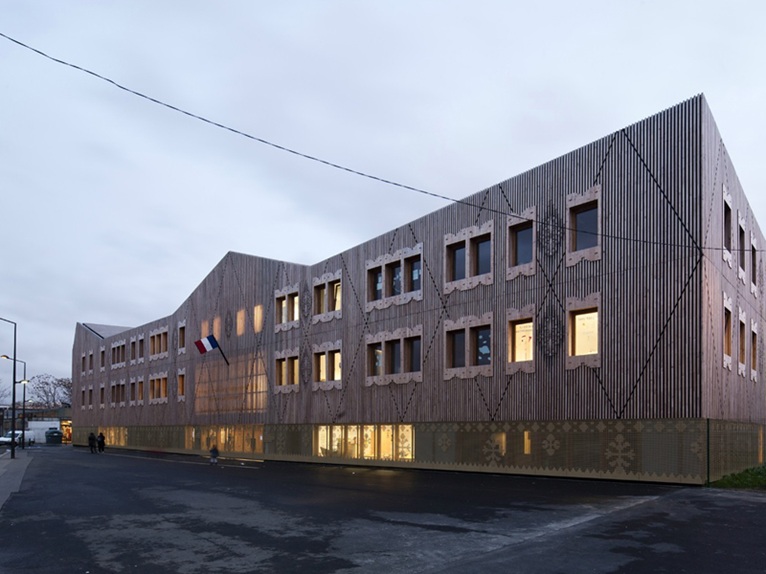 The other office featured in this exhibition is French architect Vincent Parreira's Atelier Architecture AAVP. The office is working on many schools around France. Their TINO School project, for instance, is a school and a gymnasium implanted in the City of Saint Denis near the great ‘Stade de France’, a place where industry is dominant, attempts to reproduce a 19th century industrial building made of bricks and steel.

These projects follow more than a century of architectural research, actions of innovative architects - always eager to transform often austere programmes into architecture.

All these projects offer multiple relations to the world and participate fully in the personal development of children regardless of their location on the planet.

The Exihibition opens at Villa Noailles in on Sunday 16th February and runs until 23rd March.