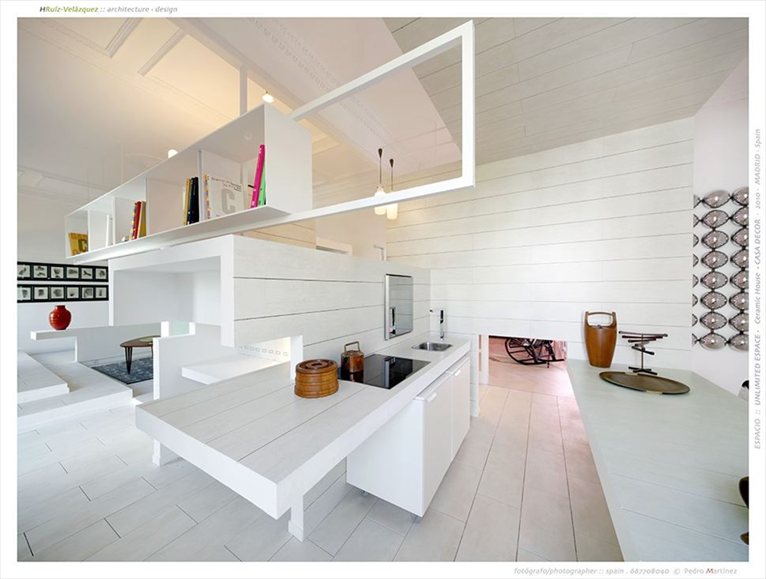 Architect Héctor Ruiz-Velázquez has created a new concept of living space, which he has called Unlimited Space, in the attic of a building emblematic of early 20th century Madrid and characterised by total freedom in the composition of the layers.

Each one of the rooms or points of the house can be located by specifying the axis coordinates, as if it were a three-dimensional object. The result is the power to move around in a few square metres at different heights, going up and down, offering a new living experience in the context of a home: to explore the space. There is a continuous transition between the rooms and it allows a fluid and free movement amongst the various levels.

The spatial flexibility which transforms this house is an innovative concept which adapts to current needs: living space, luminosity and the flowing of time in a multi-functional space without corners or precedence.

The project was commissioned by ASCER (Spanish Association of Ceramic Floor and Wall Tile Manufacturers) for the creation of a new concept of life, in which ceramic material has a special treatment which makes it the undisputed protagonist of the space.

According to the architect's project, ceramic is thus transformed into an excellent dynamic entity capable of offering the possibility of working in three dimensions. "Changes and continuity", "tradition and innovation" simply unravel a new view on using ceramic material.