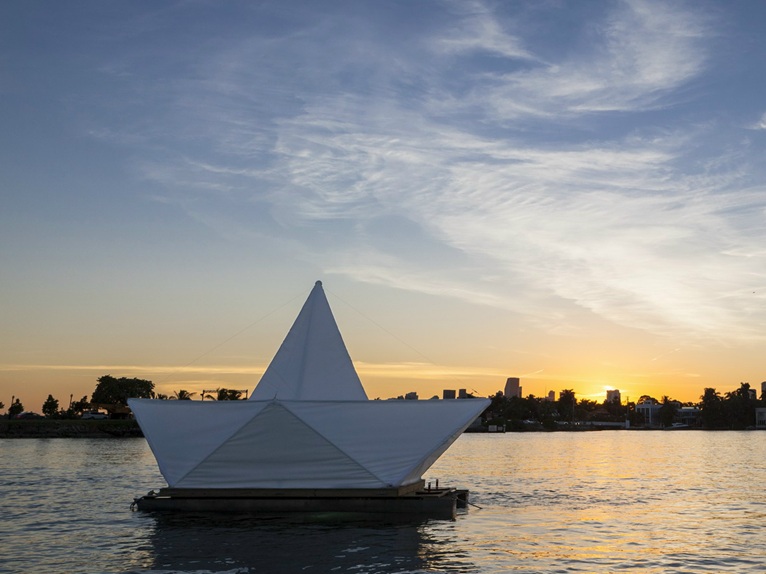 INSTALLATION_ It looks like a dream: a big paper boat that floats on the Miami's sea. It's not a dream instead, it's just the wonderful installation by Luis Pons. Made of bamboo poles, wires, and sails, the Paper Boat has at its core a hammam — fashioned of wood and Lucite — that’s illuminated, beacon-like, at night.

Designer Luis Pons, influenced by the paper boats children make, equates his interpretation of one to a glowing offering to the universe, in which we deposit our deepest, purest wishes, so that they float in our imaginary “water world.” And it’ll all be happening alongside the architecturally inspired backdrop of Miami’s Standard Hotel.

“I’ve always been fascinated with the magical world of the child imagination,” says Pons, “right before reason takes over and consumerism takes hold.” To that end, the paper boat is a pure, child-like gesture that reflects children’s untouched, purely expressed way of relating to their dreams. 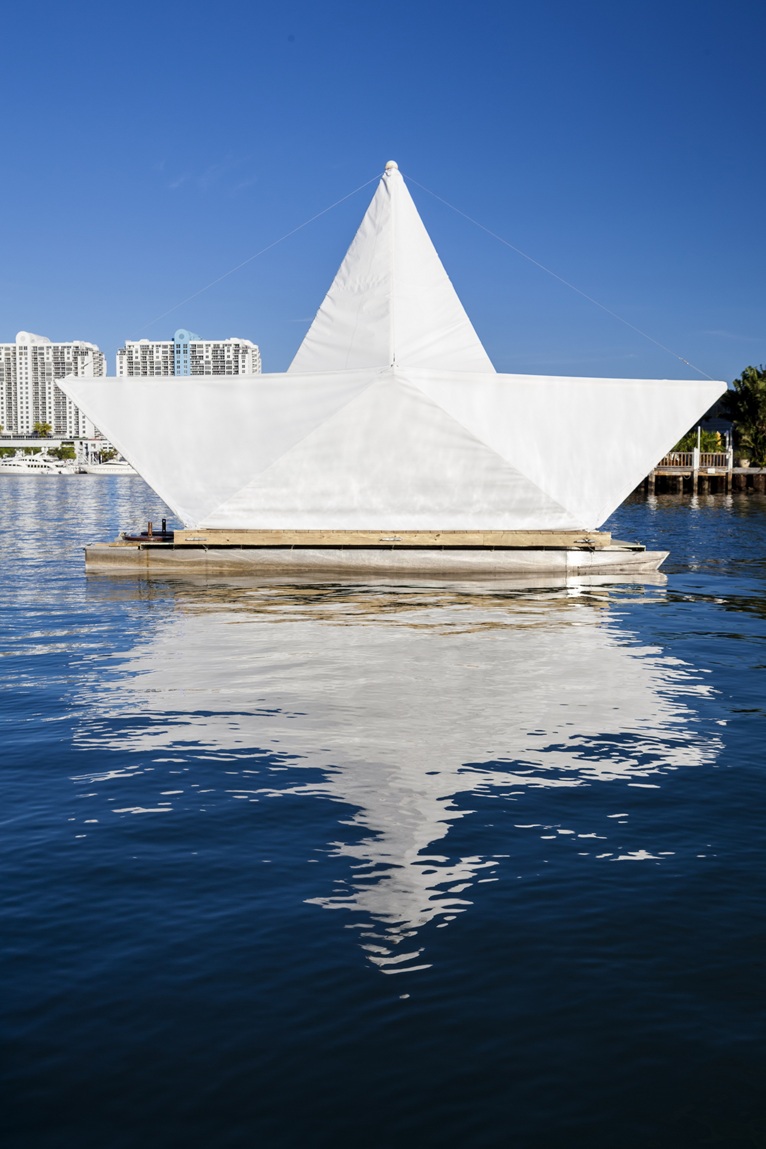 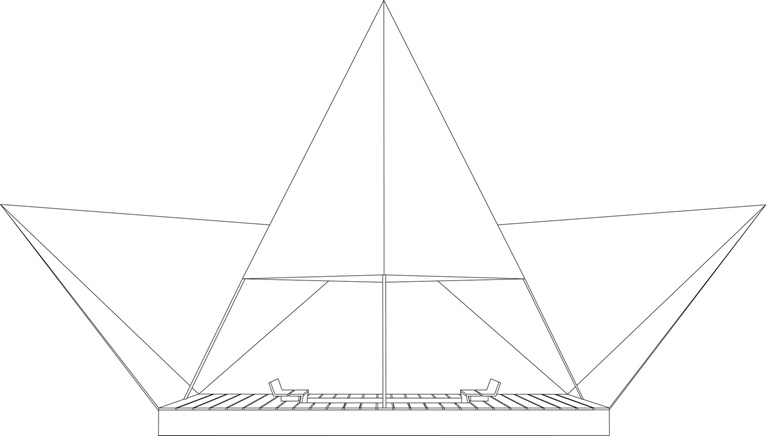 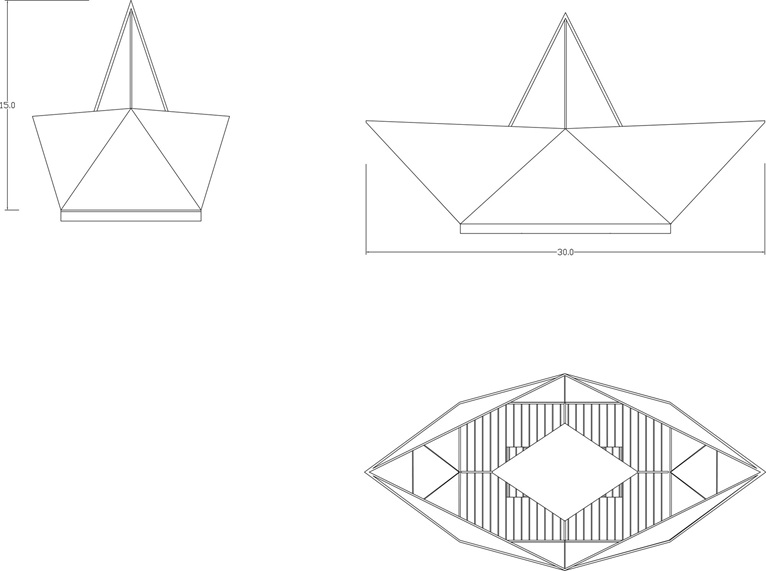 Pons believes the simplicity of this gesture is something we all can relate to. “We’ve all made a modest, simple paper boat,” says Pons, “and we’ve all placed it in the water and watched it moving away, as it carries our wishes in a simple gesture of playfulness and curiosity.” 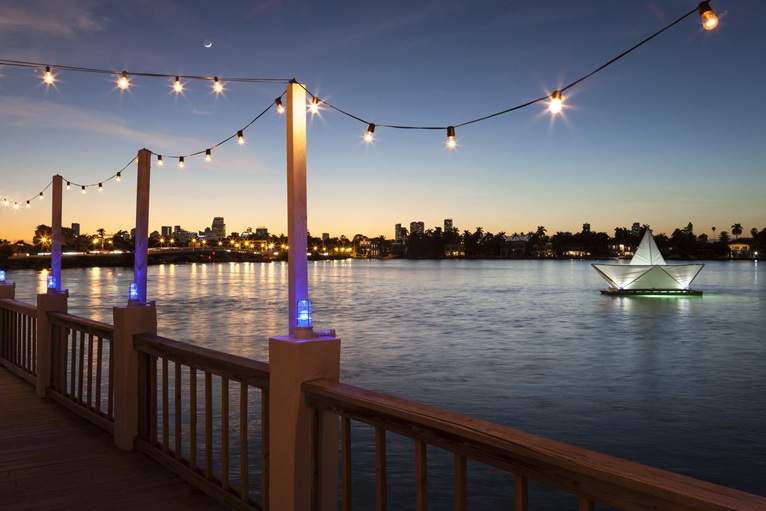 Beyond the psychological meaning, there’s a more literal one. Pons’ boat celebrates Miami’s biggest asset, water — the natural element that connects each individual in the city and defines its identity. To that end, it encourages a dialogue about the Miami waterfront space, spurring us — not just in Miami, but nationally and globally — to make proper use of our resources and maintain their integrity, doing our best to ensure a seamless connection between the natural and artificial worlds. 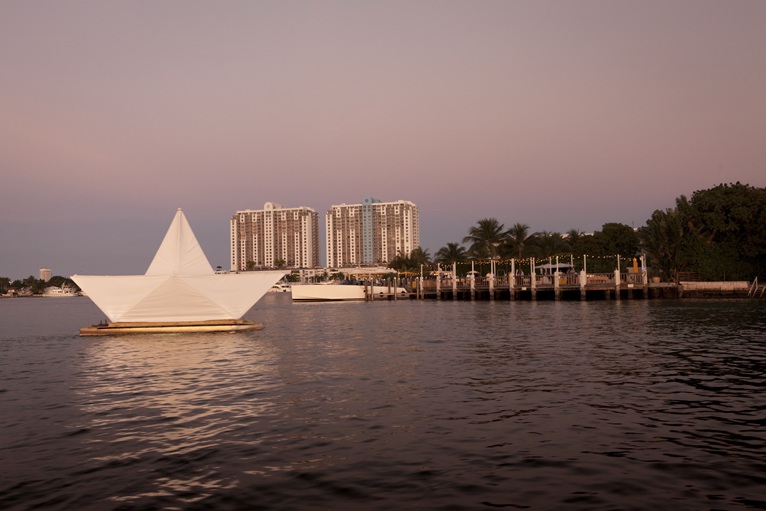 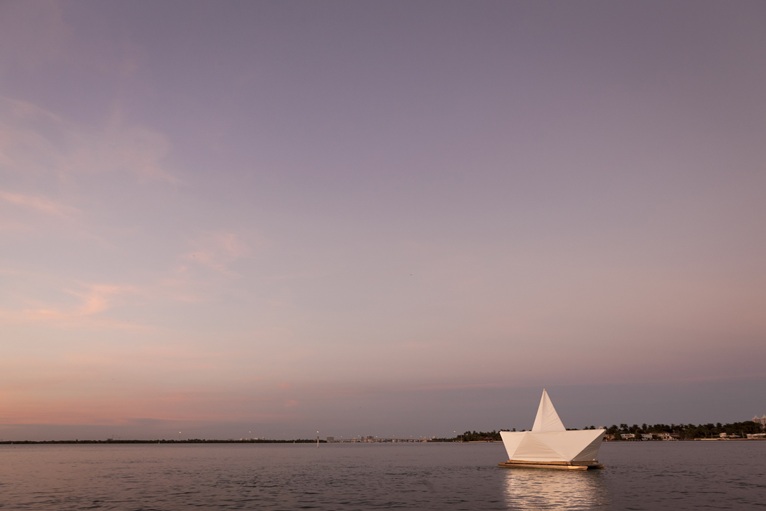