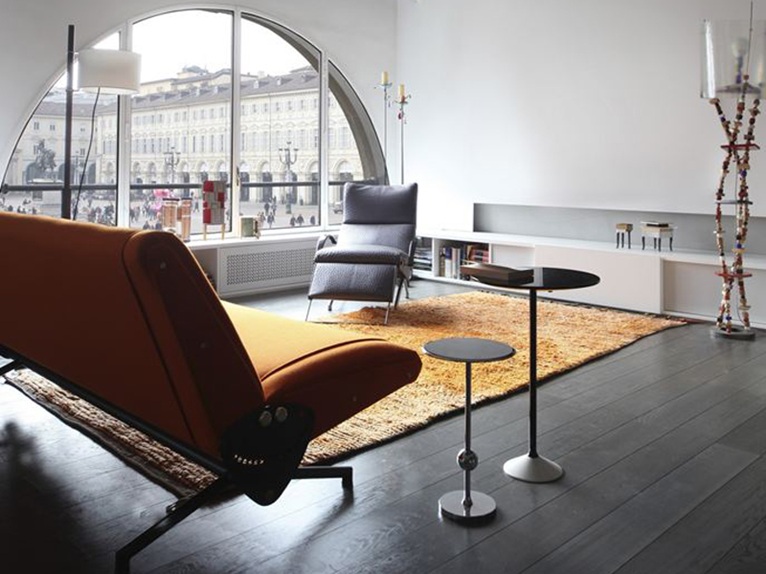 An apartment created by UdA architects on the mezzanine floor of a building overlooking the square symbolising Turin, Piazza San Carlo, called an AN (IN)DISCRETE EYE turns into “a modern-day theatre representing a certain idea of the bourgeois home, the home of the Turin professional middle classes, through its spaces and the furniture inside it, all embodying reassuring engineering precision and subtle concerns.” 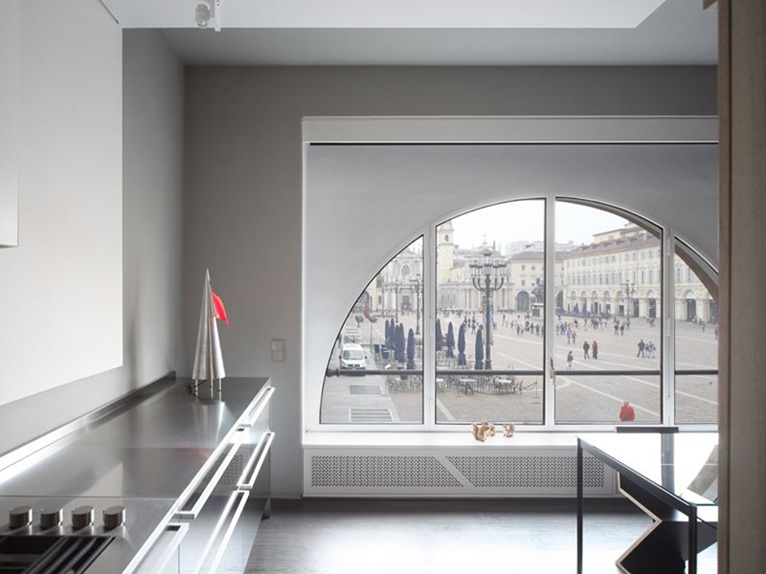 The starting points for the construction of a domestic place with a vaguely metaphysical taste are the layout characterized by a funnel-like progression from the back to the living room overlooking the square, the windows open on it, connoted by the shape and size of the “oculi” on the building's façades that define the perimeter, the need to organize the relating spaces of the living areas as areas and environments of greater or lesser degree of exposure to the view from the outside. 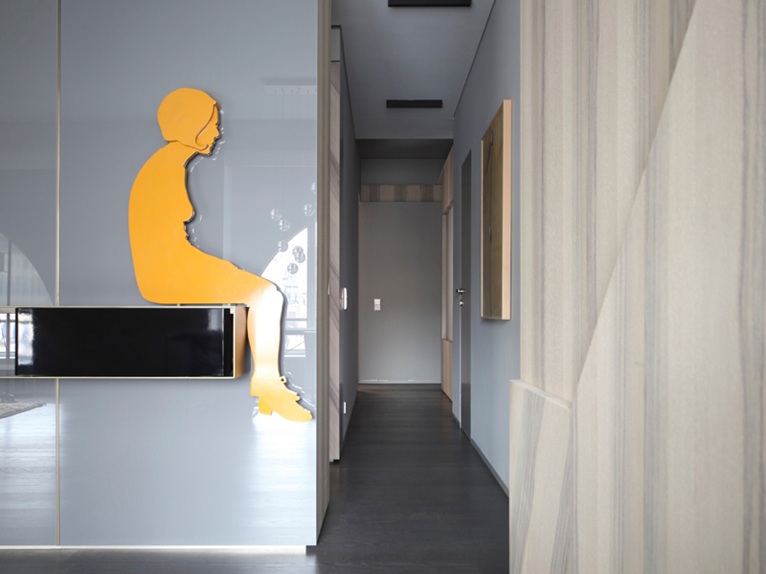 “So the home becomes an invented place based on very precise rules, like in a novel”  says Valter Camagna “where the places invented in the story are more “true” and “real” than places in the real world and even than the many mythical and symbolic places created by man.” 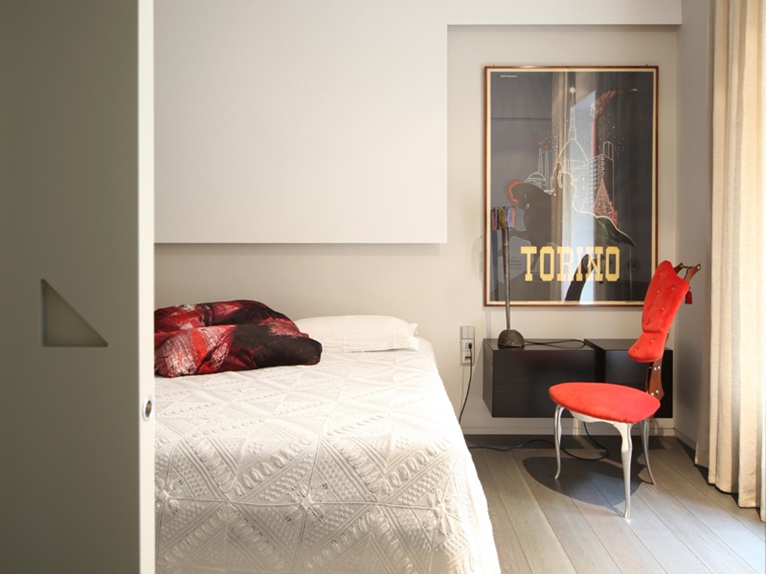 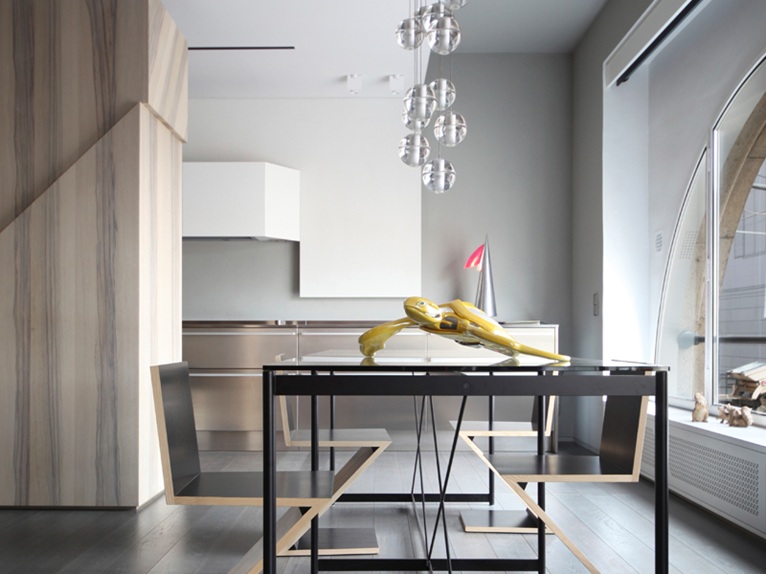