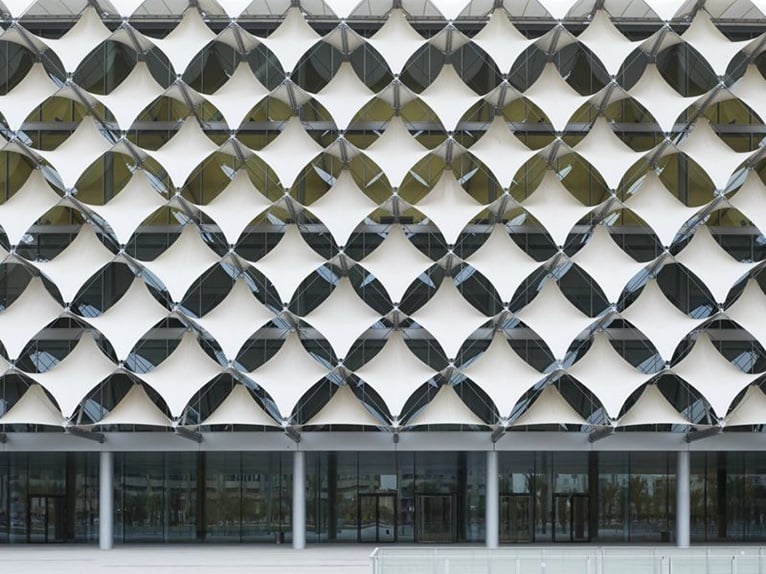 The King Fahad National Library was inaugurated in November in Riyadh, Saudi Arabia. German architects Gerber Architekten designed the project, which is one of the most important in the capital from an urban and cultural point of view. 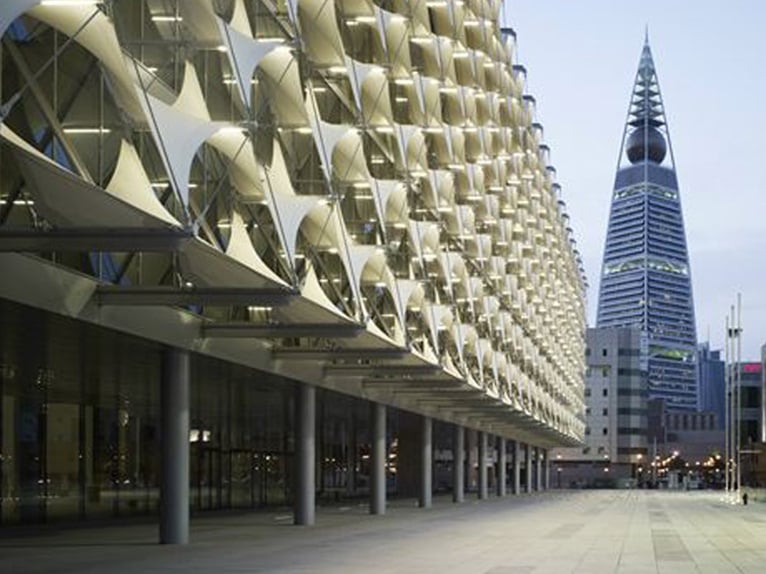 The project functions as the main driving force for urban development and combines the challenge of designing within an existing building and respect for the Arab culture. 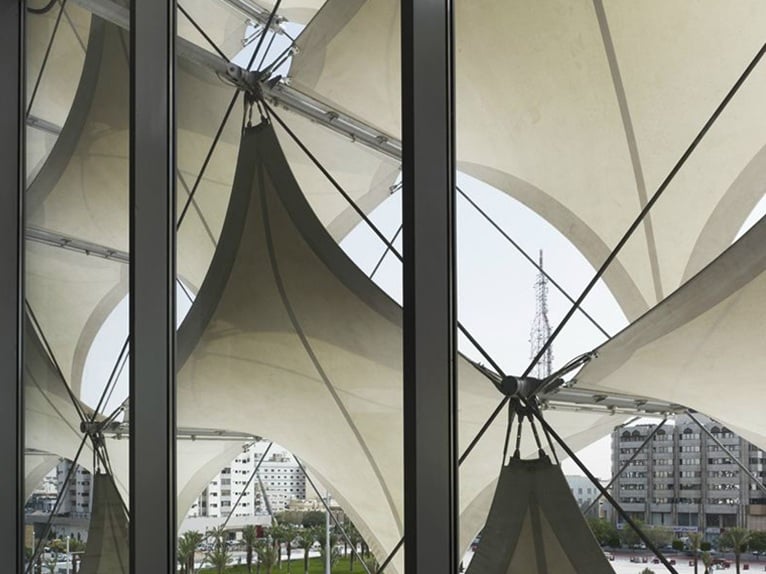 The new symbolic box that completely surrounds the existing building, presents the National Library under a new architectural design in the urban landscape of Riyadh without “abandoning” the old building, which is now the archive centre and the centre of knowledge inside the new library. 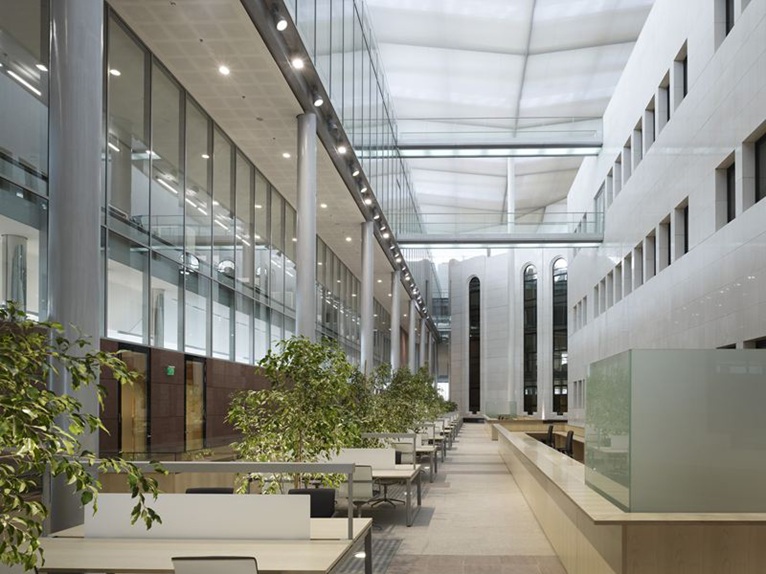 The new building is covered with a filigree textile façade that follows the traditional architectural patterns of the Middle East. It is a coating made from white diamond-shaped curtains, with a see-through look. 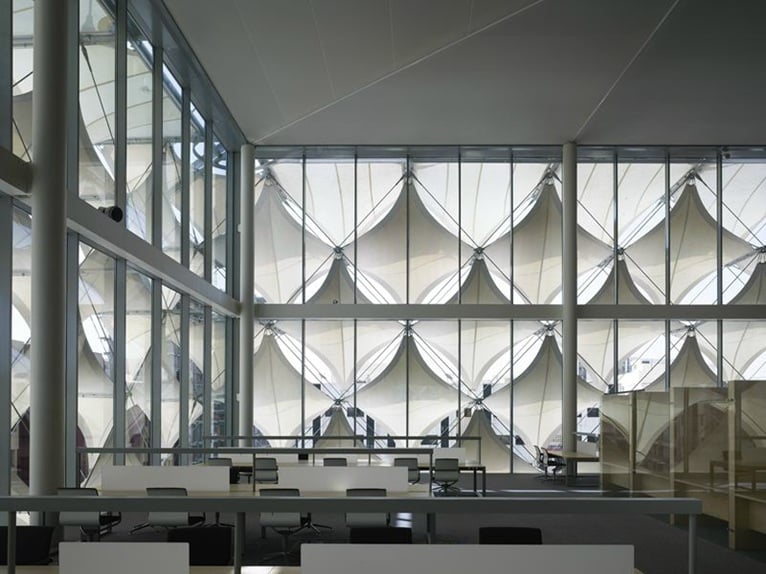 These membranes are supported by a steel frame that makes it look like sunshades, thus interpreting the traditional structure of the Arabian tent in a modern and technological manner.