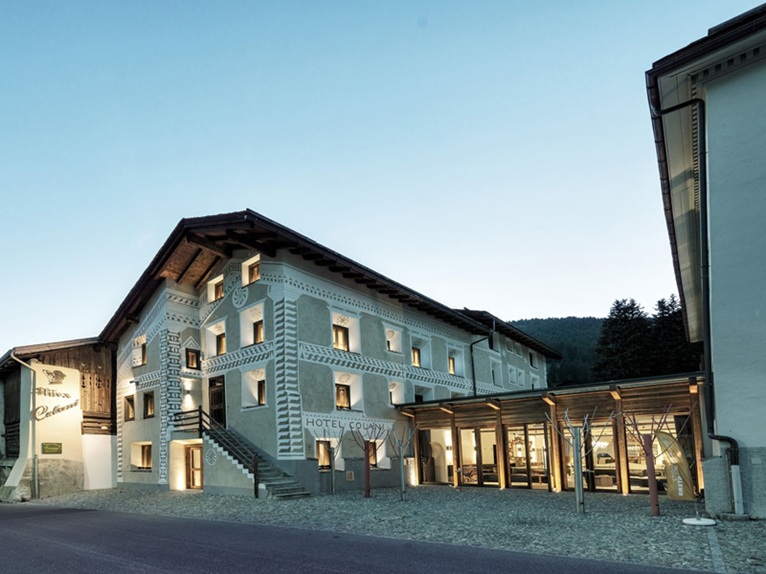 In the enchanting village of Madulain, the smallest village in the Upper Engadine (Switzerland), the Hotel Chesa Colani, a charming house-hotel, located in a late 17th century building has recently reopened after an intervention by bertolini e galli architetti. 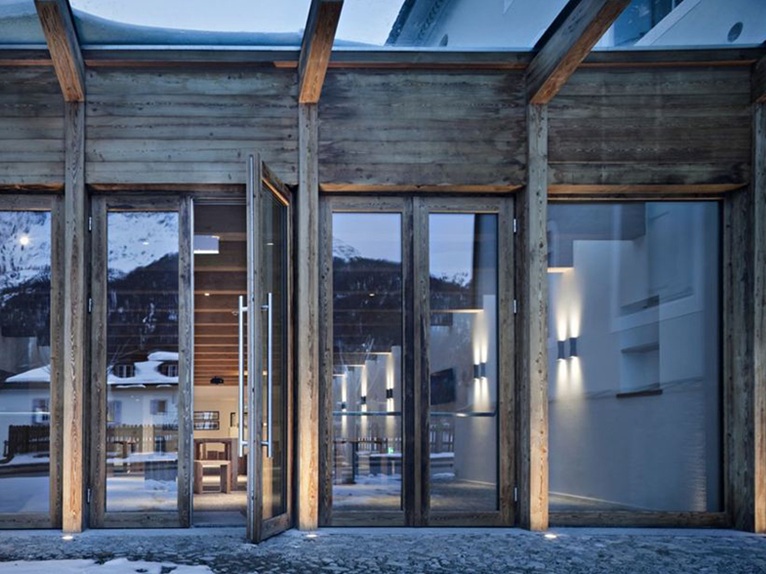 The project involved the complete renovation of Chesa Colani, the demolition of the building built in the 80s and its reconstruction. The new entrance volume of the hotel has a flat roof and a glazed façade on Via Maistra. Deliberately as “transparent” as possible facing the road, it has two long skylights on the roof, along the walls of the two historic buildings, which allow you to see the whole façades from inside and flood the living room with light from above, creating a charming play of light. 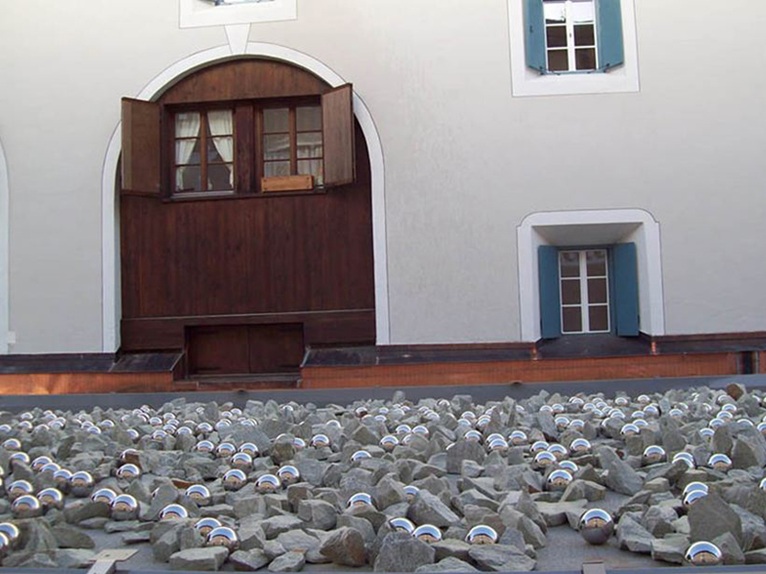 In the project art and architecture are closely related, they combine and overlap without being confused with different languages, they express the relationship between the building and the place in which it has been inserted in an unexpected and profound manner. The first installation “Steingarten” consists of a rock garden installed on the flat roof of the Hall and alludes in a fantastic and idealized shape to the landscape of this part of the Grisons Canton. The idea of water is represented by the steel balls which are laid here between the grey-green stones, a reminder of the moraine of a glacier. 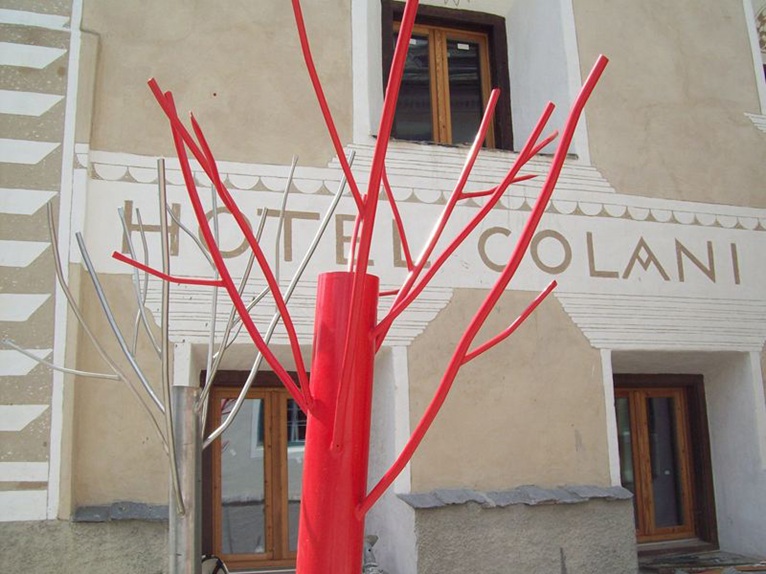 Along the Via Maistra on the other hand there are five metal saplings with bare branches whose trunks contain organ pipes that generate sounds, unexpectedly stimulated by the wind blowing in the valley or coming down powerfully from near Piz Mezeun. “The wind is blowing in my direction” is the title of this second permanent installation by artist Letizia Cariello. 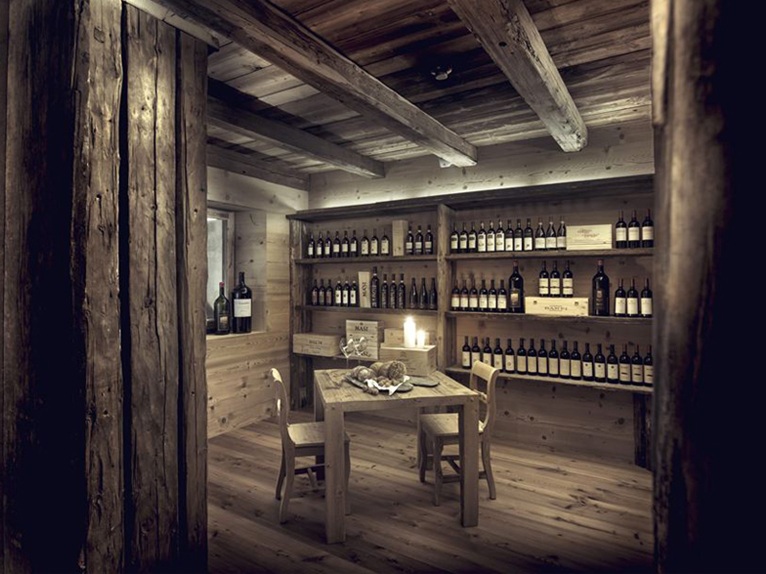 The new hotel has a total of twelve suites. The restaurant on the ground floor occupies the oldest part of the building. The great “Suler”, once an entrance to the barn, has been converted into the main lobby with the little rooms communicating at the sides: the “Stuva”, clad in fir wood, the old kitchen with its typical vault roofing (the “Chà da fo”) and the old larder (the “Chamineda”). 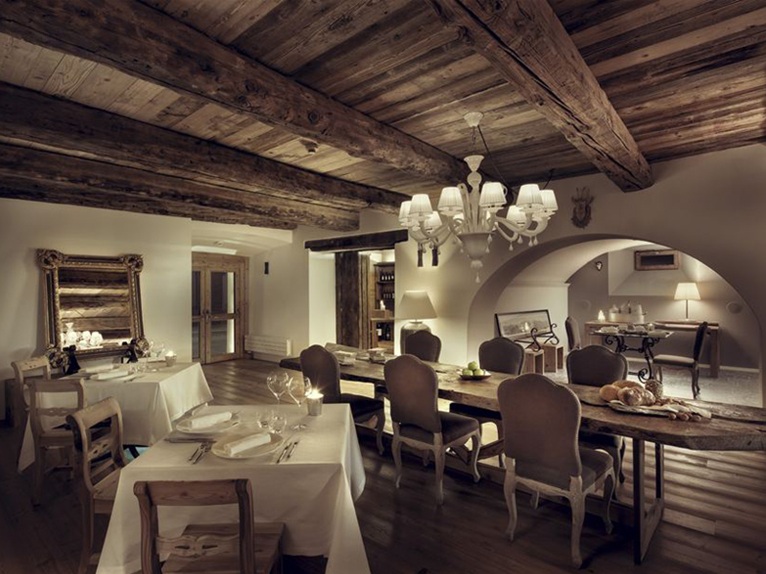 The Hotel Chesa Colani has all modern comforts: the intelligence that characterizes the management of the hotel is as modern as there is in the field of home automation. 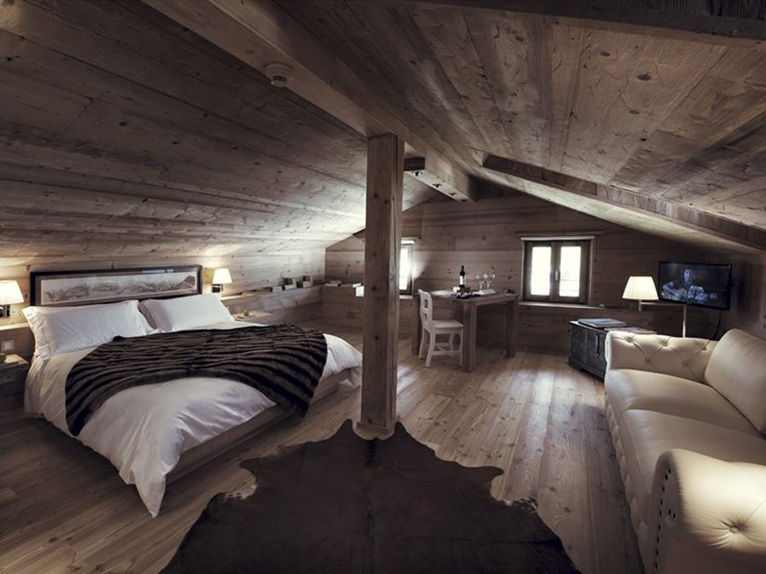 A KNX standard system which has been assigned the management of energy, lighting and access control.