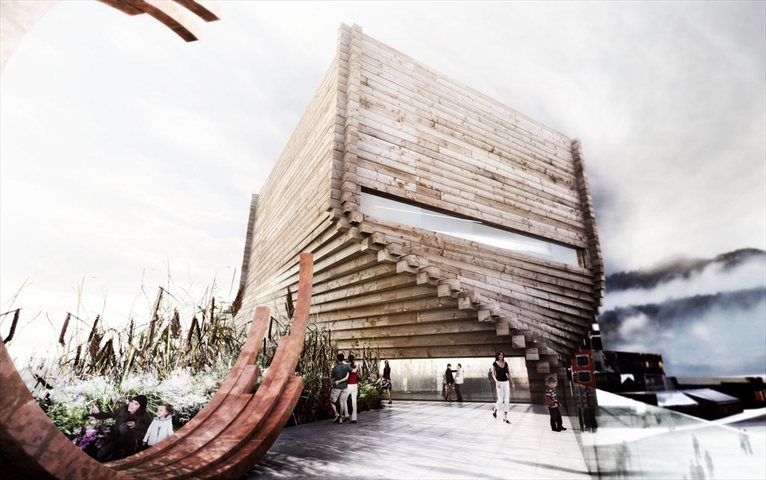 The museum, which also hosts the famous Sundance Film Festival, is located in the heart of the United States in a mountainous region not far from Salt Lake City. A series of international architects were invited to present proposals for renovating the Arts Centre and for constructing a new building adjacent to the original one.

Big's project envisages the construction of a building around 80 feet (25 metres) high, whose bold interpretation will provide a new landmark in the urban landscape of low rise buildings.

Its shape comes from a study of the city and of the position of the arts centre with respect to the main roads. The will to create a visual link with these roads has led to creating a twisting façade, one of the themes which has become a trademark of the Danish architectural office.

Taking into account Park City's mining history, the façade will be made of massive stacked timber elements overlapping to give the twisting appearance.

Four other projects reached the final phase of the competition including those of the important U.S. Based offices Sparano+Mooney, Will Bruder and Brooks+Scarpa. The winning project was selected by an official jury and announced by the Wall Street Journal. Construction work should begin in mid 2013 and be completed by 2015.