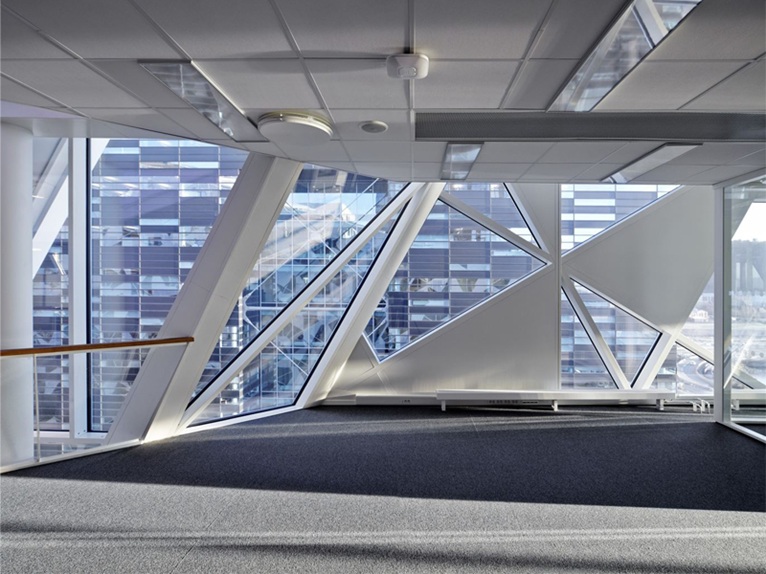 The latest project by the Snøhetta architecture team was officially opened on 9th January 2014 in Oslo. It is the brand new Deloitte Office Building, located to the west of the central Station of Bjørvika, which houses offices, from the second to the eleventh floor, conference rooms and a cafeteria area with adjacent green terraces from the twelfth to the fifteenth floor, and, on the two lower levels, eateries and shops. 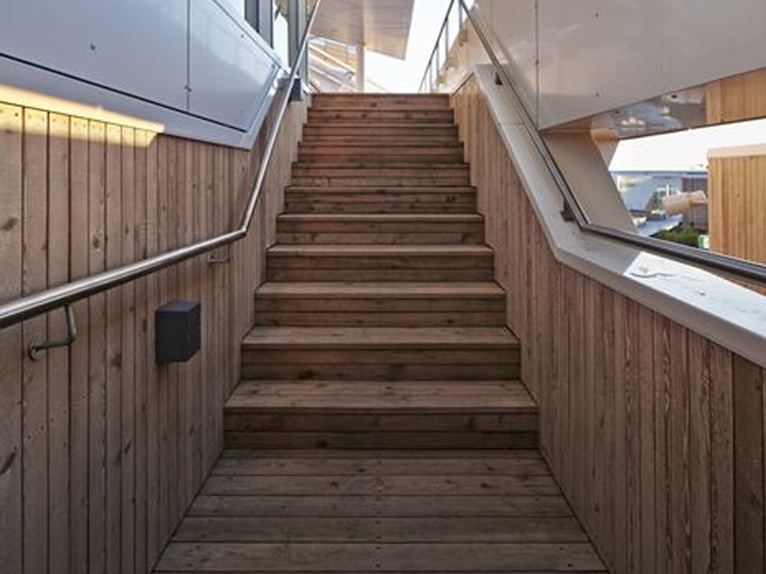 In 2007 the Snøhetta collective was commissioned to design a building in an area called “Barcode”, subject to the provisions relating to the impact on the land and to the height of the building. 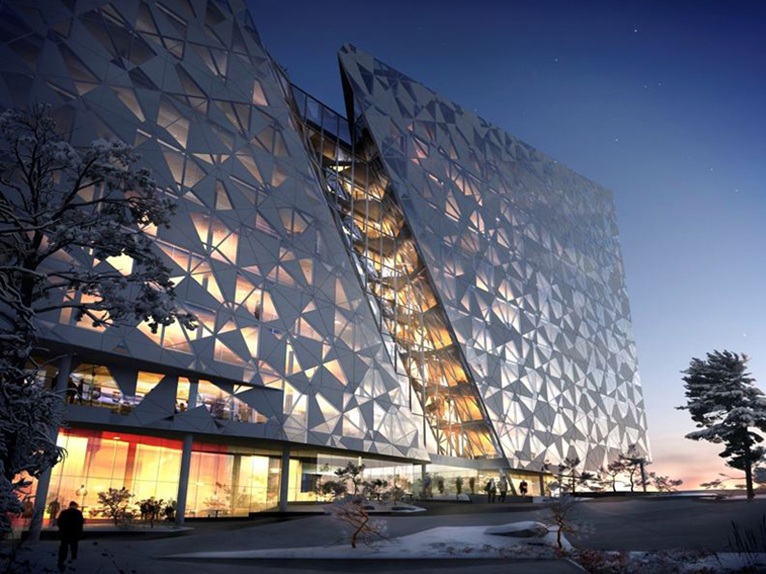 A design of surfaces and intersecting lines, according to horizontal and vertical reference lines, generating different configurations, dominates the façade of the building: a system composed of four different types of panel combine to delineate fragmentary picture of the façades. 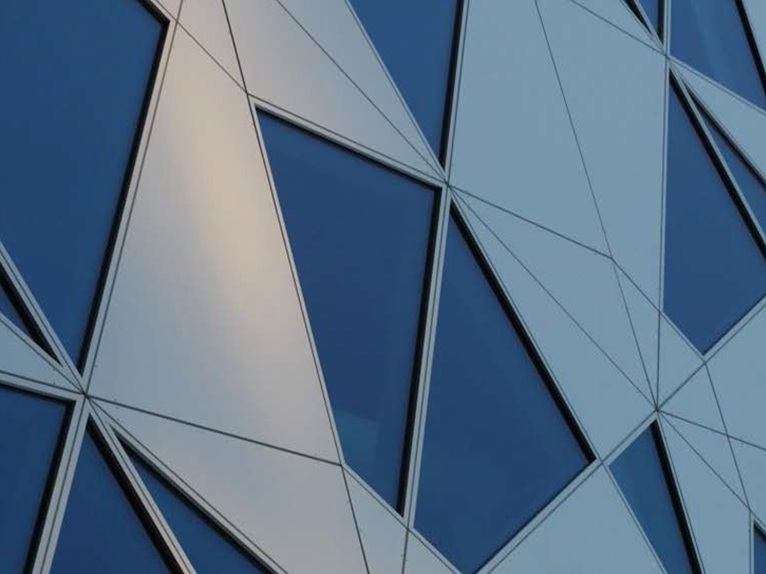 A sort of visual corridor sections the volume transversally in the façade and cuts diagonally across the roof, while respecting the building's sculptural forms. 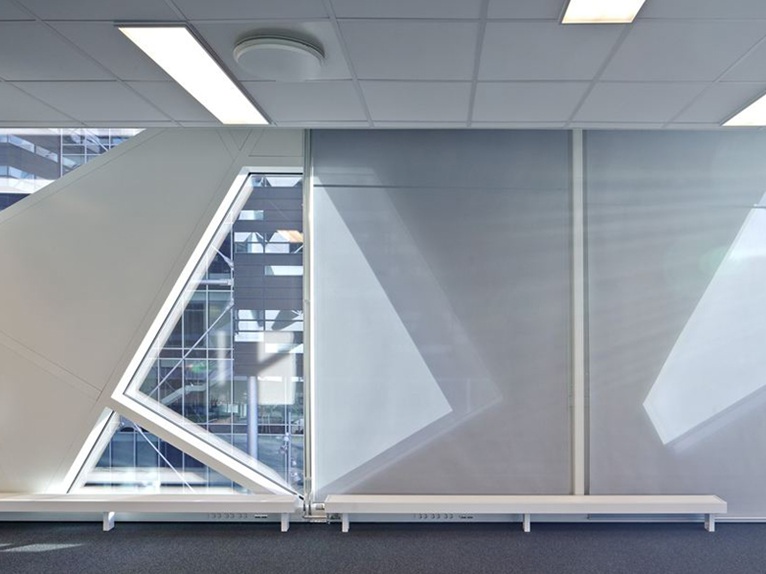 Transverse lines represent the key to understanding the internal paths, in marking the pedestrian routes due to the transit of passers-by from the Central Station.