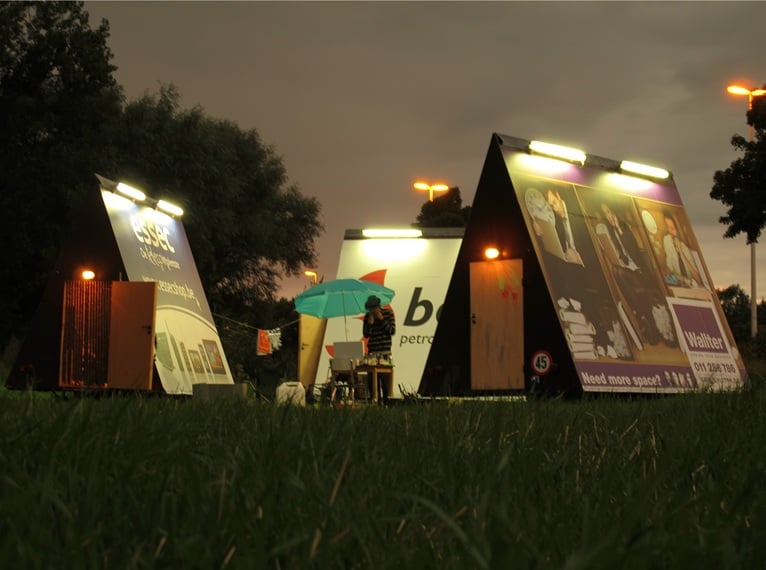 INSTALLATION_ The work of Belgian artist Karl Philips consists of installations, sculptures, works on paper, performances and video. He is particularly interested in the margins of society, and those who move within. Not just their position, but their often creative pragmatism. As such, he focuses on themes like gaps in legal, spatial, economic and social systems, the omnipresence of advertisement and consumerism.

Three mobile living units – The Good, the Bad, and the Ugly – adopt the language and shape of advertising to blend into and temporarily occupy the public space. The modules where inhabited by nomadic performers, who where supported in their livelihood by the sale of the advertising space that literally encapsulates them. 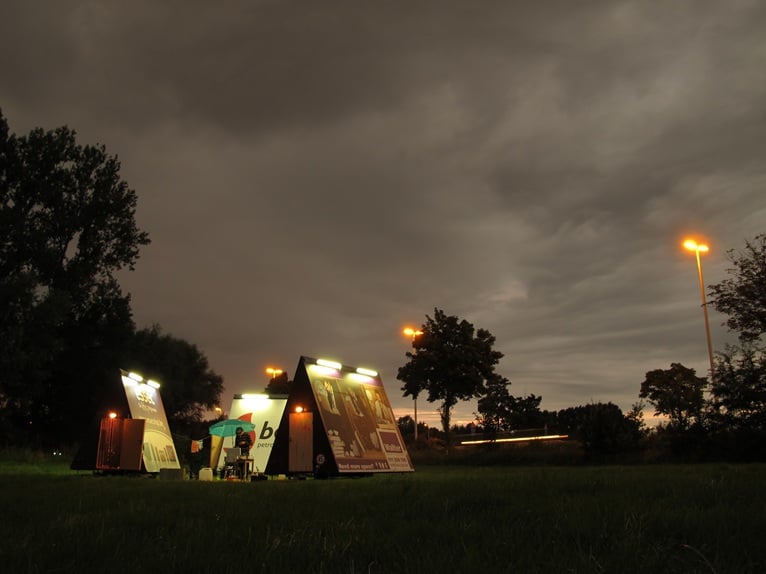 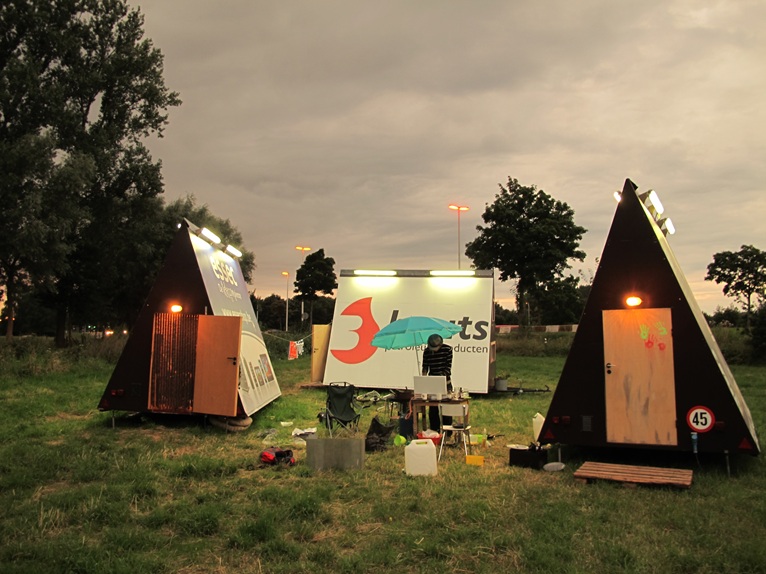 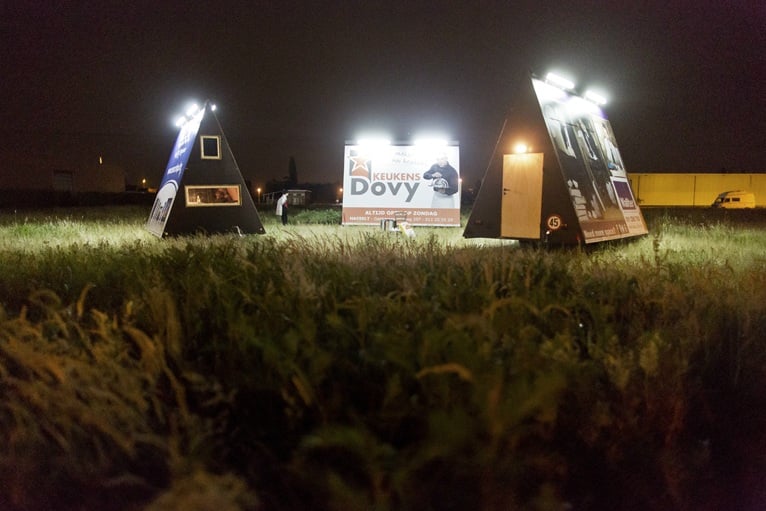 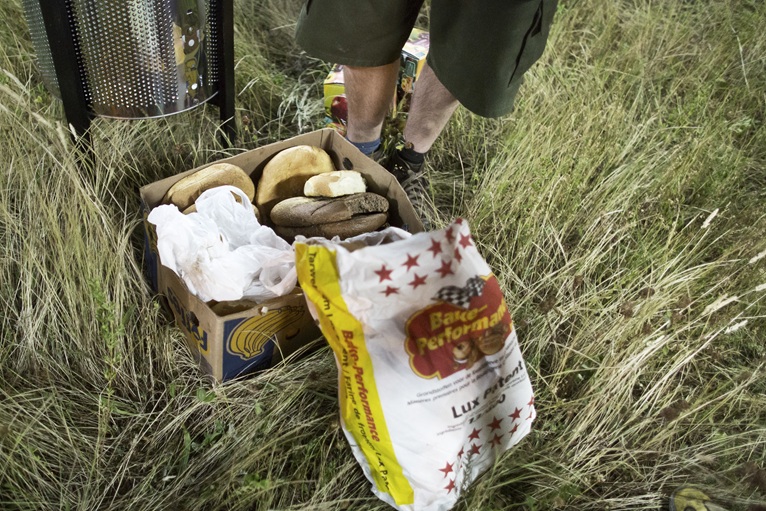 The work premiered as part of the group exhibition ‘Mind the system, find the gap’ (arts center Z33, Hasselt, Belgium) and later travelled to Manifesta 9 in Genk (off project) and the Beursschouwburg in Brussels (as part of the arts festival ‘Batard’), among others. 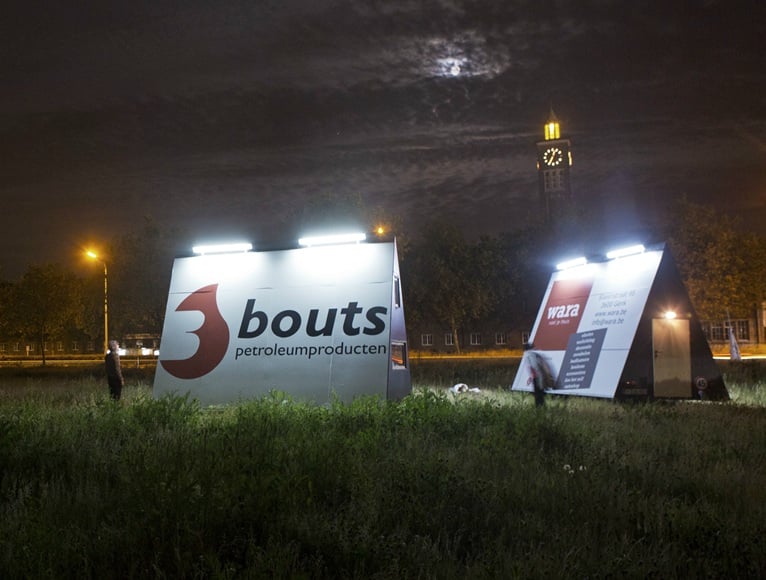 To date, it’s one of Karl Philips most featured and reviewed art works. A very nice short documentary video on the first instalment (Z33, Hasselt) can be found here

Watch the video about Karl Philips explaining his "Caravan Art"