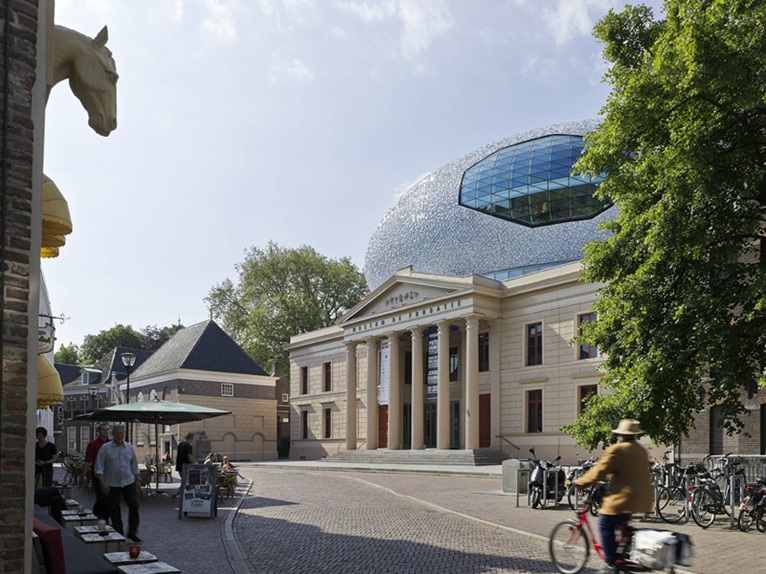 The extension of the Museum De Fundatie, in Zwolle, the Netherlands has been designed by Bierman Henket Architecten. An independent volume in the shape of rugby ball, called Cloud Art, covered by 55,000 three-dimensional ceramic elements, whose surface reflects the blue of the sky, is the result of the extension of the building, built in 1938. 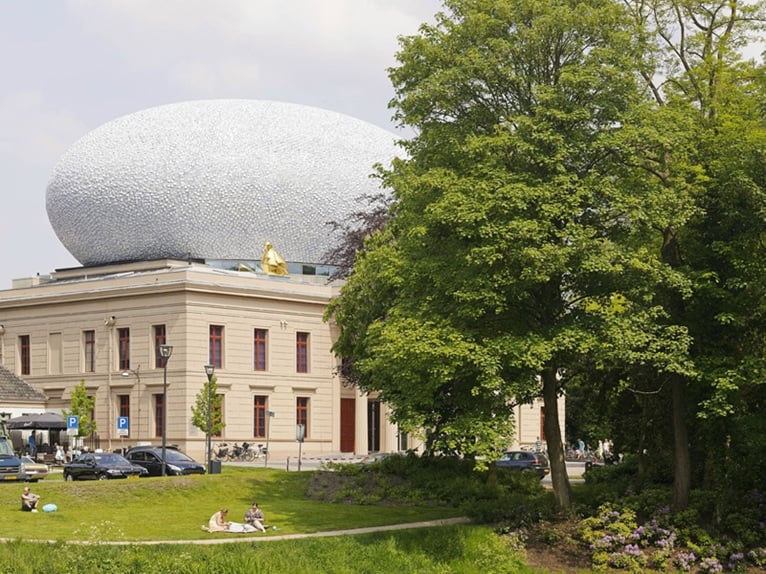 The neoclassical style architecture was created as Blijmarkt Palace of Justice, designed by the architect Eduard Louis de Coninck. The location of the building, between the medieval fortified city and twentieth century expansion, has given the building a connecting role between the two different faces of the city, the compact one and the other dynamic one, since it was built. 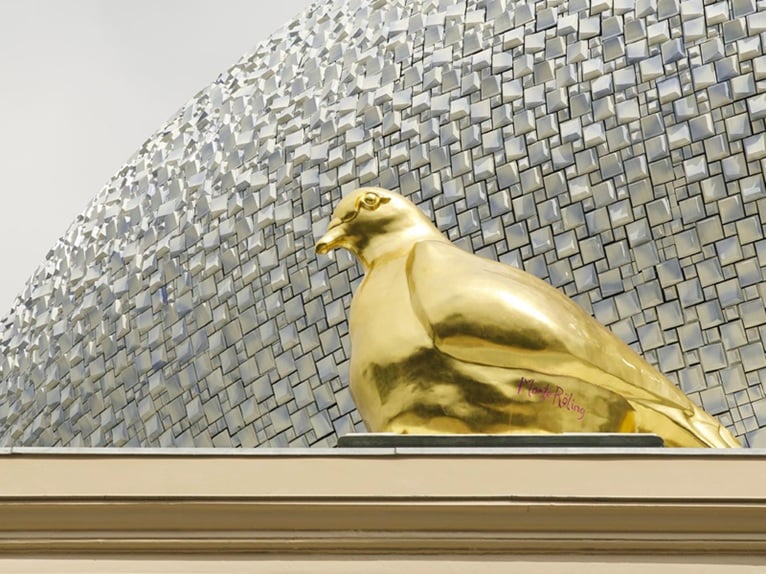 After being transformed into offices for the government planning department, the Rijksplanologische Dienst, in 1977, the building has housed the Museum De Fundatie since 2005, following the intervention of Gunnar Daan. The objective of Bierman Henket's intervention was to translate the dialogue between ancient architecture and contemporary art into architecture. 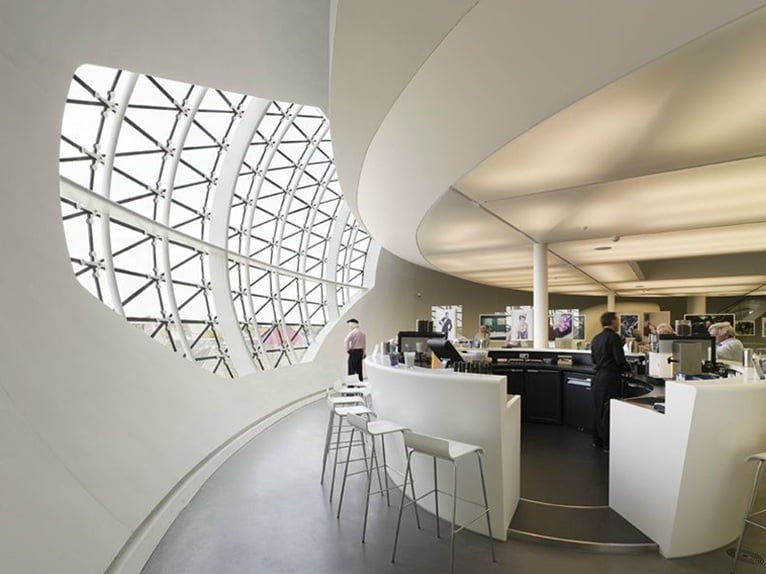 The new egg-shaped structure, supported by eight steel columns, includes two exhibition floors covering an area of 1000 square meters, divided by openings on the north side that light up the exhibition halls. 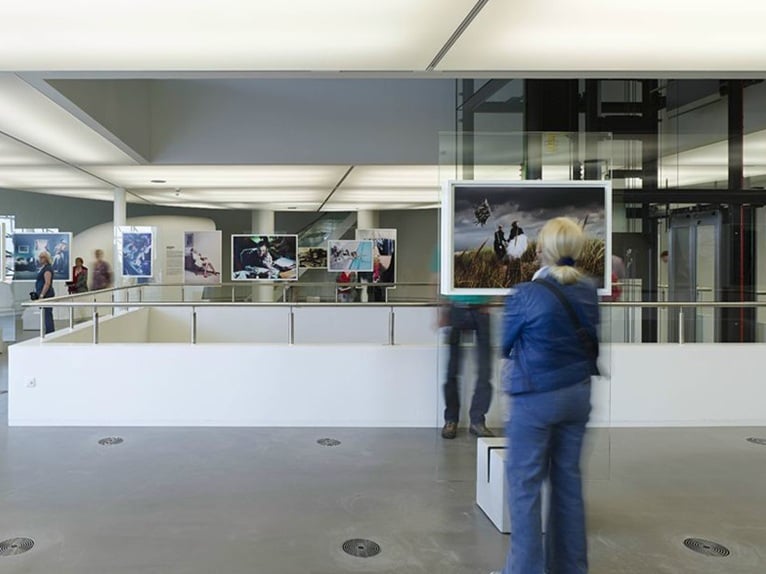 A glass elevator connects the existing structure to the new construction, and leads visitors to the different levels.