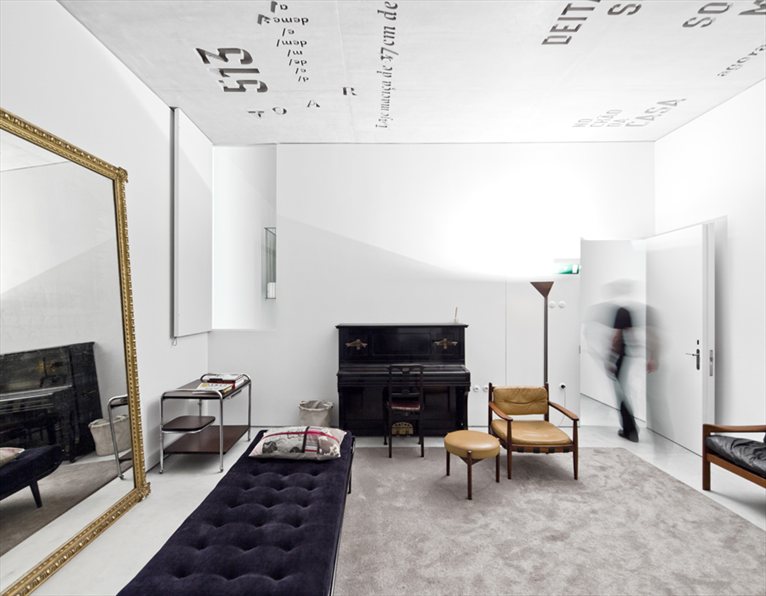 Portuguese studio Pedra Líquida (Liquid Stone) has designed the Casa do Conto, arts&residence project. It is a new Design hotel which rose from the ashes of a fire in a 19th century house in the old part of the City of Porto, in Portugal.

Indeed the Portuguese office was asked to perform a surgical renewal of the existing building but in 2009, just a few days before its official opening, a terrible fire almost completely destroyed it. However, the will to complete the project remained, along with the desire to include a little of its original atmosphere.

In this sense, the new project evokes the burned-down building, although with an extremely abstract approach, by providing elements which recall the textures or colours of the old house in the new reinforced concrete structure. You get the feeling of entering a kind of "fossil architecture", a shell of concrete that has been re-inhabited with echoes of tradition and some design integrations, still with an extremely vintage taste.

All the ceilings in the rooms have been engraved with low relief “stories” embossed in the cement which talk of the concept of the “house” and of this house in particular. The tales were created by different authors and are related to Porto and its architectures. They  restore the memory of the old town evoked and almost crystallised in this new building.