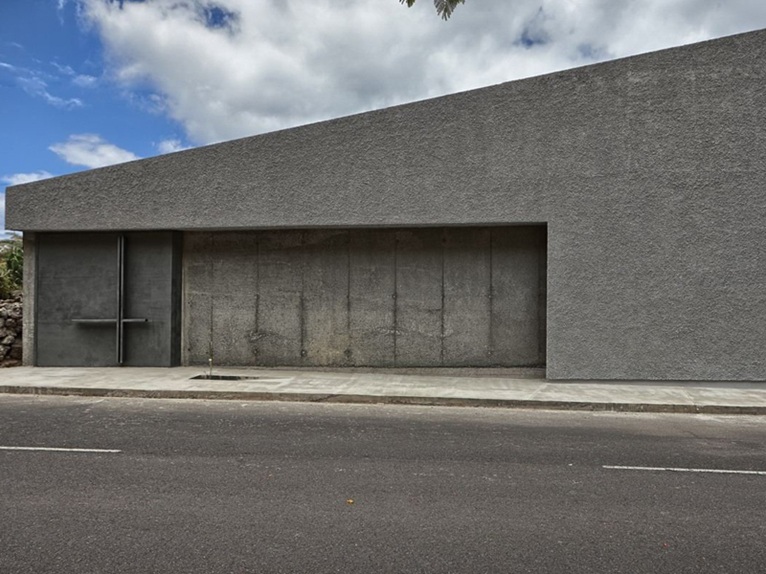 The Spanish architect Alejandro Beautell  has just finished the Saint John Baptist chapel, a small example of sacred architecture on Isla del Hierro, the most south-western part of the archipelago of the Canary Islands, not far from the African coast. Despite its extremely small size - only 77 square meters - and the austerity with which it was designed, it is a work of extraordinary lyricism that creates intense emotion. 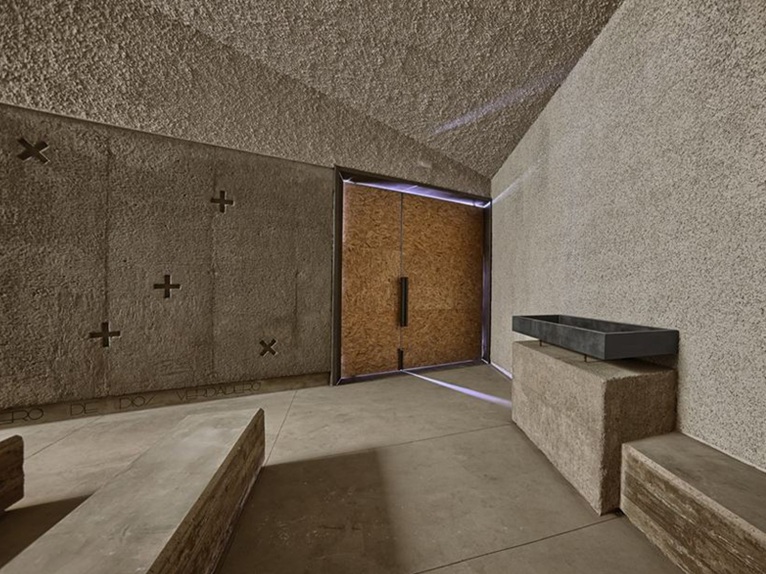 Every corner of this concrete “condensed architectural jewel” has been carefully designed: austerity, as the moral conviction of Christianity and as a necessity dictated by the crisis; the shape of the triangle, to adapt the building to the site and because the triangle is, in the Christian tradition, the mystery of the Holy Trinity, the Father, the Son and the Holy Ghost, the alignment of the baptismal font, the altar, tabernacle and the cross, as a metaphor of the line of life. 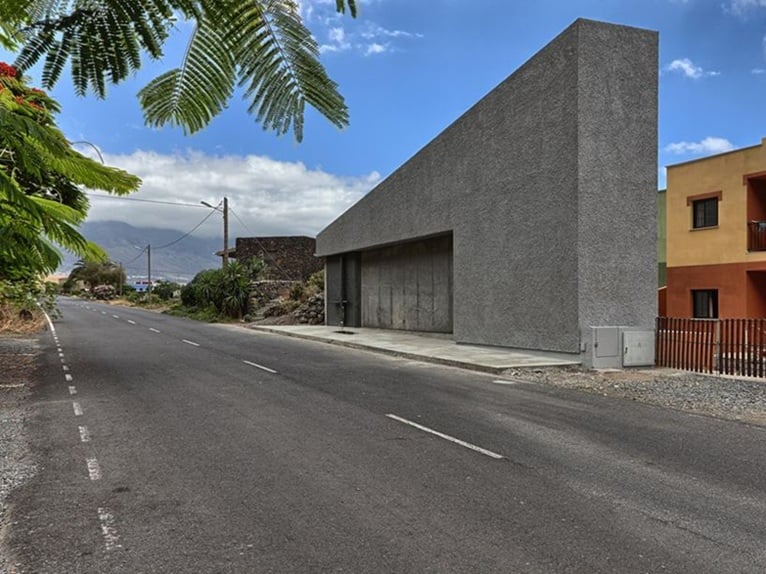 A small building that appears to make a vow of “building austerity” in response to the enormous difficulties facing the entire world's population, but in this space, with few formal gestures, is capable of infusing poetry with simple volumes and raw materials. 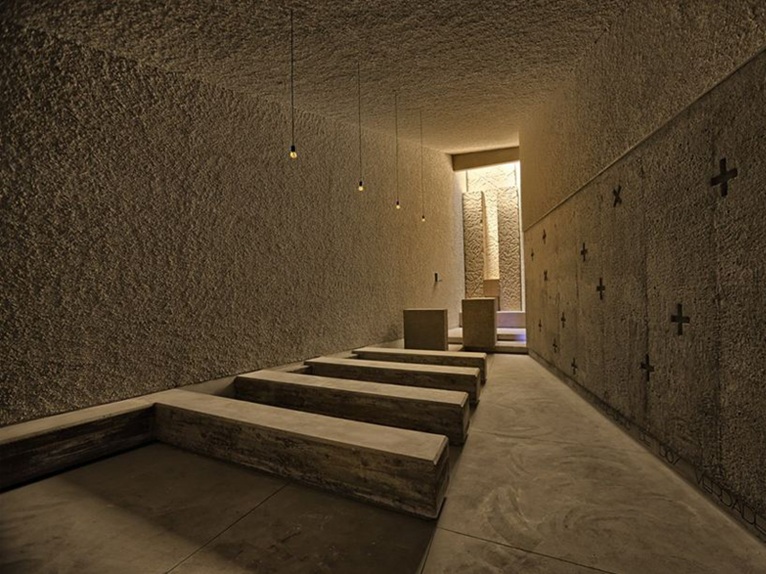 “A rugged and tough construction … no concession to ornament, a work which looks almost naked” says architect Beautell. 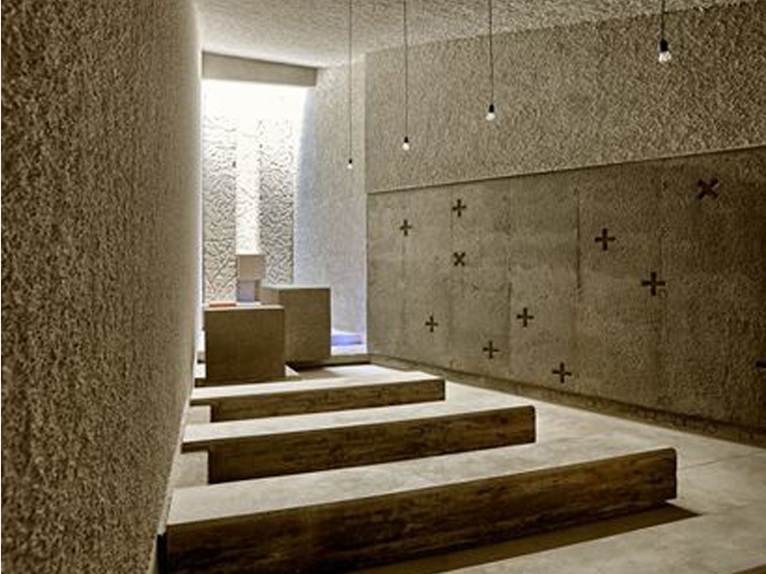 “An area which aims to encourage the meeting with the Mystery. A space to pray, introverted, protected from everyday routine. No furniture, no distractions, everything is massive... As if it were concrete rock. Inside there is only light.”