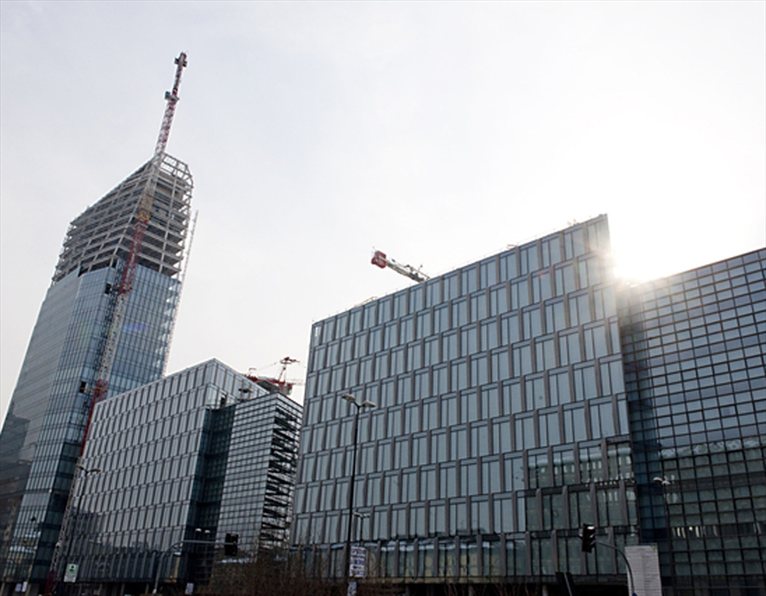 Torre Diamante (or Diamond Tower), the tallest building ever to be built in Italy with a metal bearing structure, is morphing the skyline in Viale della Liberazione in Milan. The building, designed by KPF - Kohn Pedersen Fox Architects architects and by ARUP, is part of the urban renewal interventions in the Garibaldi, Varesine and Isola districts of Milan and consists of  the construction of a new complex which is destined to become one of the City's new hotspots.

The entirely steel columns where it is subject to horizontal forces of particular intensity, transfer the stress by means of sunken steel plates and a horizontal mesh system with a reinforced concrete core.

The new symbol for the Milan skyline has been designed to accommodate a functional mixture of offices and commercial activities: the internal layout exploits natural light and affords a breathtaking view over the city for the whole building, by organising the rooms around a central core containing service and system areas.

At the end of the metalwork phase, Torre Diamante was opened to technicians, builders and professionals with the purpose of explaining the reasons for the use of steel solutions. The event was sponsored by the Steel Promotion Foundation which has organised cultural initiatives and training courses in favour of using steel in the building sector since 2005.

Designed according to sustainability and energy saving criteria, the new hotspot for this part of Milan has already obtained LEED GOLD certification: the use of fretted sheet metal beams, columns and decking has made it possible to execute the work quicker and with limited environmental impact.