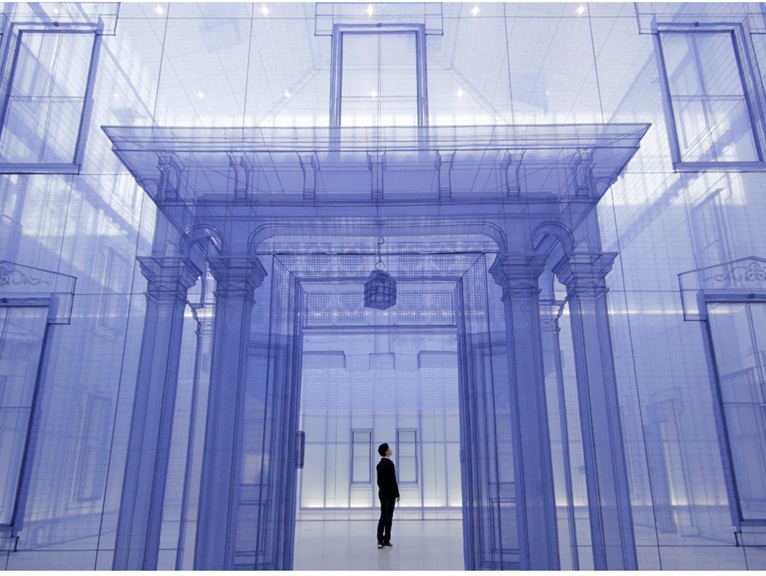 INSTALLATION_  Interested in the malleability of space in both its physical and metaphorical manifestations, Do Ho Suh constructs site-specific installations that question the boundaries of identity. His work explores the relation between individuality, collectivity, and anonymity.

This work is comprised of a life-size (12 meters in height, 15 meters in width) replica of the three-story town house at Providence, Rhode Island, which was the artist's first residence where he lived as a student in the United States in 1991 and 'Seoul Home,' a reproduction of his family's traditional-style Korean house in Seoul, hanging in the middle of the former. As one can infer from the title, the work elucidates and conjures the ever-expanding concept of space: traditional Korean house within Western-style house; Western-style house with Seoul Box; Seoul Box within the Seoul branch; the Seoul branch within Seoul. 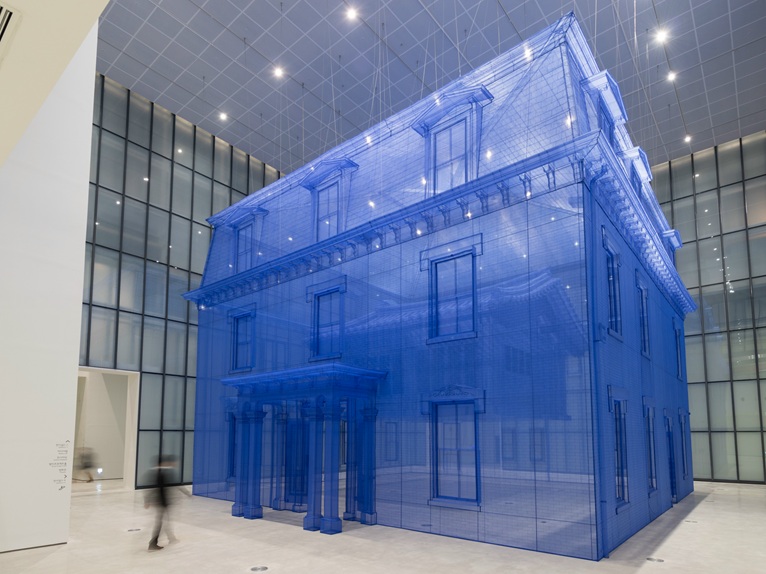 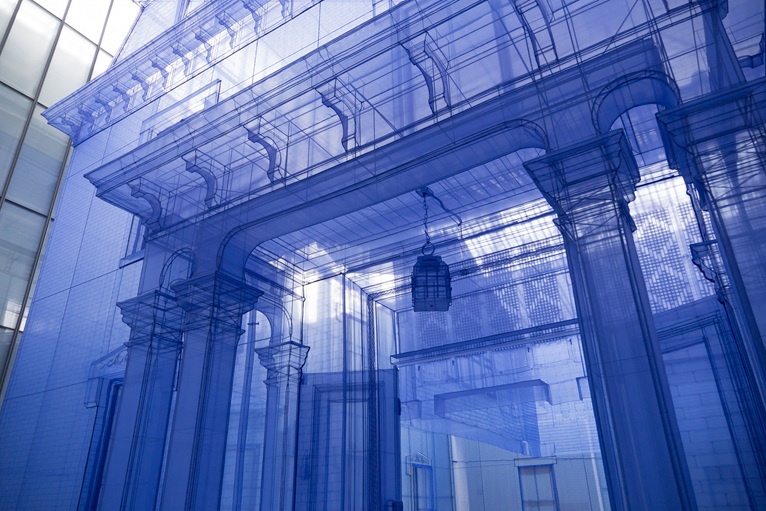 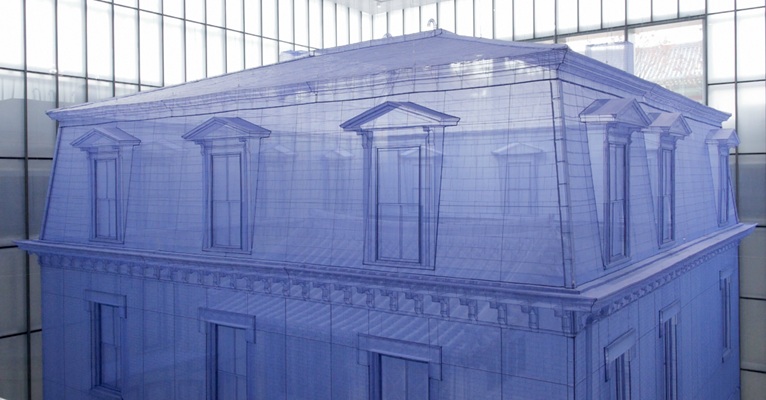 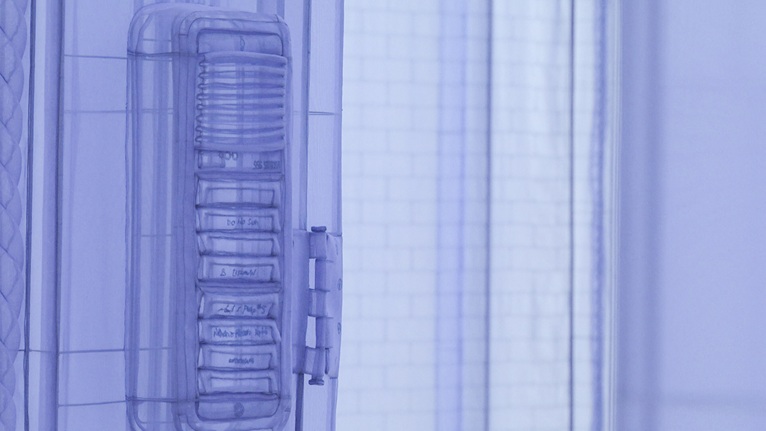 The main gate of the red-brick building welcomes visitors into its long-corridor lobby whose eastside glass curtain wall gives them through its huge window the seasonally changing view of the quaint Jongchinbu building. There awaits the open space of Seoul Box commanding extensive views. Now the visitors stand before the gigantic 'home' that occupies the entire space of Seoul Box. Then they walk into the phantom-like structure made in thorough details out of translucent fabric of light blue.

The walls made of flimsy transparent fabric of refreshing color let the inside and outside views pass through them to cancel the weight of the enormous structure and simultaneously to enhance the sentiments of the visitors with 'weightless memories' of their own 'spaces'. Enveloped by the entanglement between the inside and the outside and between the private space and the public one, the viewers are fully exposed to the dizzy ambience of the surreal space where the East and the West, the past and the present and the real and the imaginary are intricately interwoven with each other.