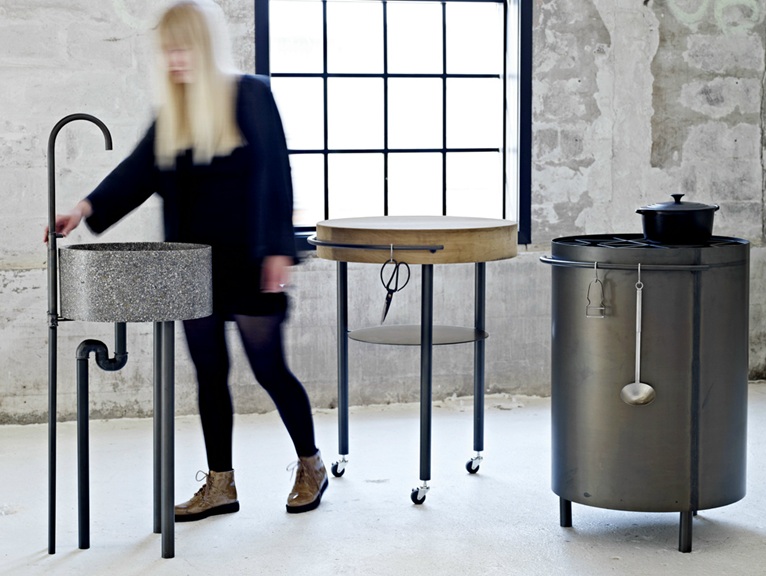 DESIGN_ How can design improve an ordinary, repetitive, simple, ancient and creative gesture like cooking? Nowadays many young designers are involved in transforming, designing and re-inventing our conventional kitchenware and furniture. Below there is a selection of some really spellbinding projects.

Focusing on the relationship and the emotional bond between product and user, Swiss Japanese designer Nadine Fumiko Schaub questions today’s consumer society which has lost the appreciation for what a product means, the value it embeds and the impact they have on our lives. Balance is the result of a poetic process in which the focus lays in the actual meaning and story of a product. 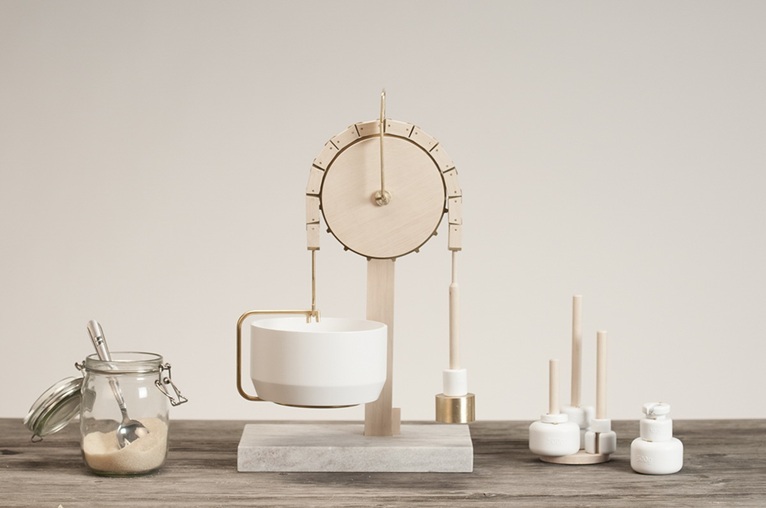 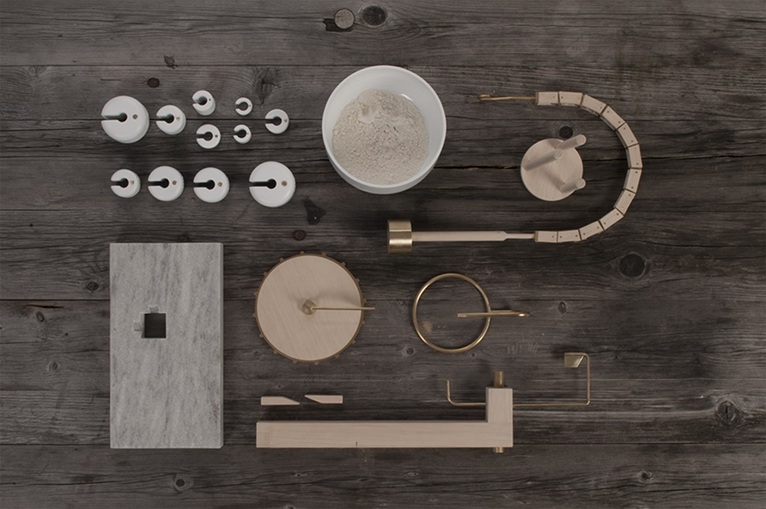 The aim of this project is to strengthen the emotional bond between consumer and product through interactive experience and a storytelling product. The designer is convinced of the affect emotions have on the user’s perception of his or her belongings. Thus setting the scene for emotions to arouse, may enable long lasting relationships between user and product.

The mechanical scale has been banned from the kitchen in the past few years. It has been replaced by unemotional products that are rather exchanged than repaired. Due to the complexity and lack of quality the consumer can not bring any value towards these kind of products. By bringing back the low-tech kitchen scale, Fumiko Schaub strives to stimulate this, once existing, emotional bond to be created between object and its user. In most cases consumer do not understand the product caused by its complexity and opacity; it is the designers duty to create understandable and trustful products. Furthermore, long-lasting products plays a key role against the throw-away-mentality of today’s society.

The scale is made out of valued and natural material such as brass, locally crafted marble stone, wood and porcelain.
Filled porcelain containers play the role of counter weights. In order to verify the desired weight, the user must actively interact with the scale by touching the pointers. Our fingers are capable of sensing the slightest change of discontinuity - when the weights are balanced, the fingers will sense perfection. This interactivity is essential in order to fully experience the product; allowing for a relationship to burgeon.

«Balance» from Fumiko Schaub on Vimeo. 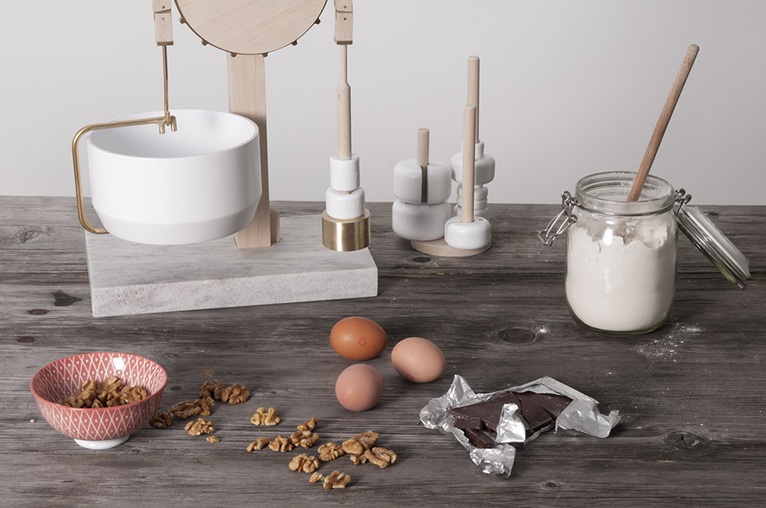 Miko has an unexpected appearance and tries to rethink the concept of a western barbecue grill. First of all, it deals with the unhealthy flame that is caused when fat drips down onto charcoal. Furthermore, it is semi-portable and improves the social happening achieved when guests sit around the grill and cook together – like a table grill. Designed in collaboration with Anna Liesch. 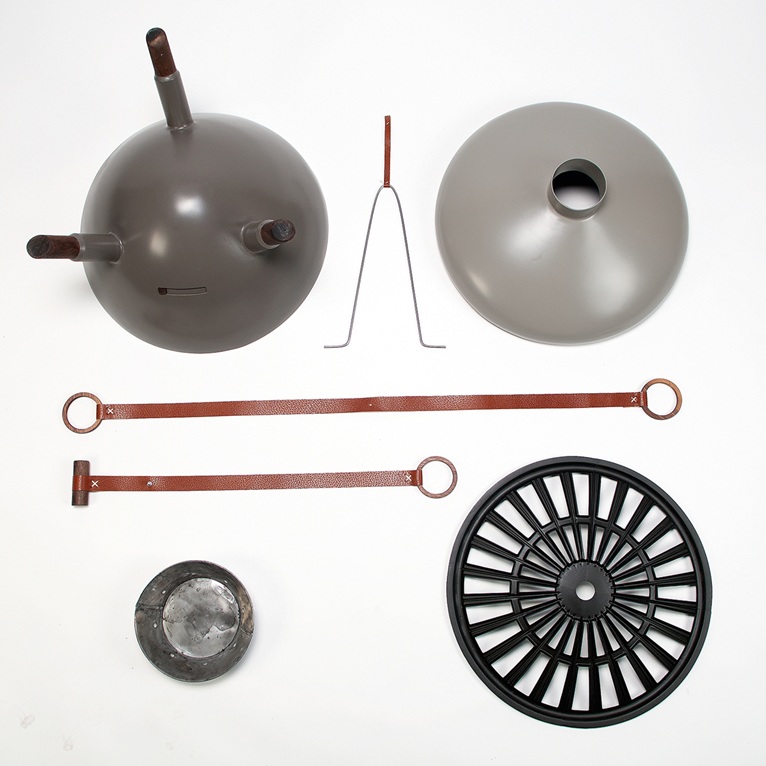 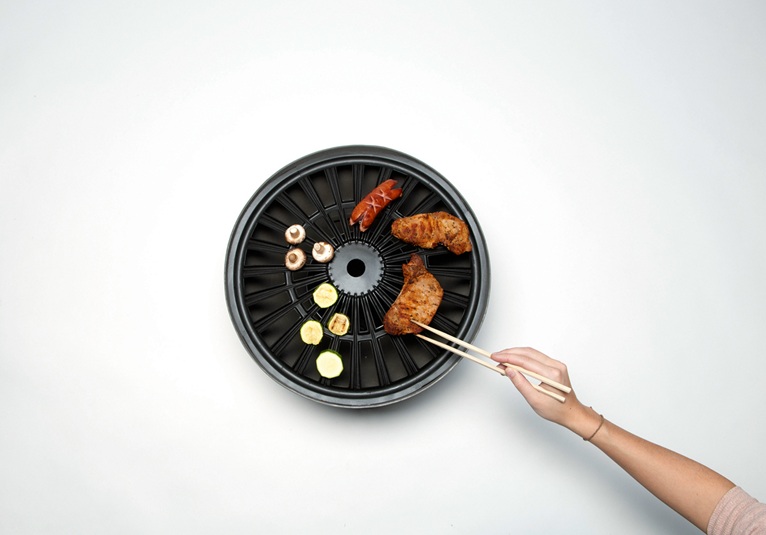 Since humans emerged as a species, we have processed commodities by using fire and water. Today the art of cooking is still a relatively basic discipline. EtKøkken (AKitchen), designed by the Danish architect Mette Schelde, consists of three stations: a water station, a block station and a fire station. Together these stations set the frame, around which the processing and preparation of meals require active engagement from the individual. 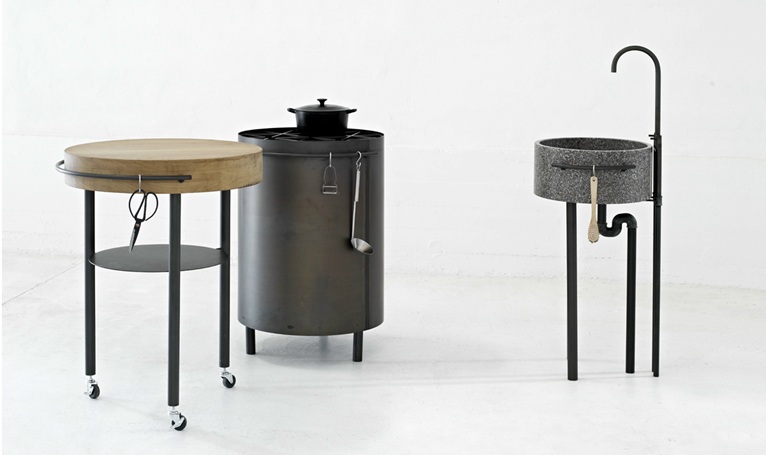 “The starting point was a desire to challenge today’s kitchen standards, because I don’t believe that an over-equipped kitchen necessarily makes better food or saves the cook time. Cooking is a basic discipline and by using high-quality ingredients, you don’t require more than basic cooking utensils to create amazing food. I then asked myself hypothetically, what the basics of cooking are: one ventures into nature, butchers a chicken and prepares a meal using fire, water and a chopping block. Those three elements then set the frame around the processing and preparation of the meal, ultimately covering the kitchens basic functions. I intended to pull these elements into a contemporary context. It’s not about having to settle, but rather a quest for shining new light on our established ideals of what a ‘kitchen’ means.” 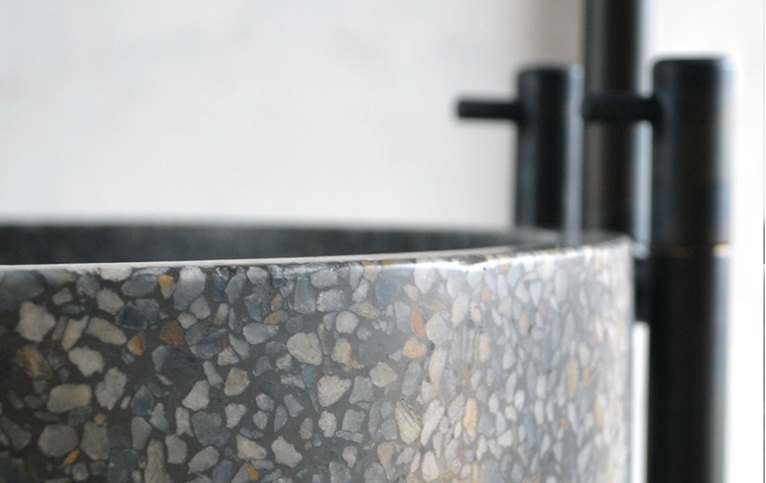 ‘Bread from Scratch’ by Mirko Ihrig is a reaction to the fact that many people don’t know how food is made anymore. Fast foods and other kinds of processed industrial foods determine our daily life. Affected by our food system and our eating behaviour the knowledge of basic food production slowly disappears.

Bread is one of our oldest foods and even today it is the most essential and universal one, equally eaten by rich and poor in most parts of the world; bread has become the symbol of foods. In this project, the process of bread baking is demonstrated and is used as a metaphor for food production in general, in order to remind how the most basic foods are made.

‘Bread from Scratch’ is a collection of six objects that are symbolic yet functional and in each case represent a stage in the process of bread baking. The collectionconsists of a mill to grind flour from grains, a jar to cultivate sourdough, a bowl to mix the ingredients, a board to knead the dough, a paddle to handle the loaves and an oven to bake the bread. By designing the objects and visualizing the process of baking, this project raises awareness to make people rethink what they eat, encourage them to produce foods them self and provoke discussions about food production, food consumption and eating behaviour. 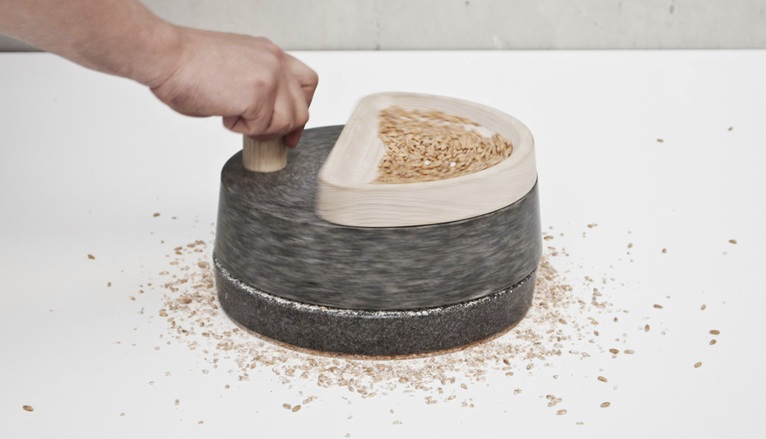 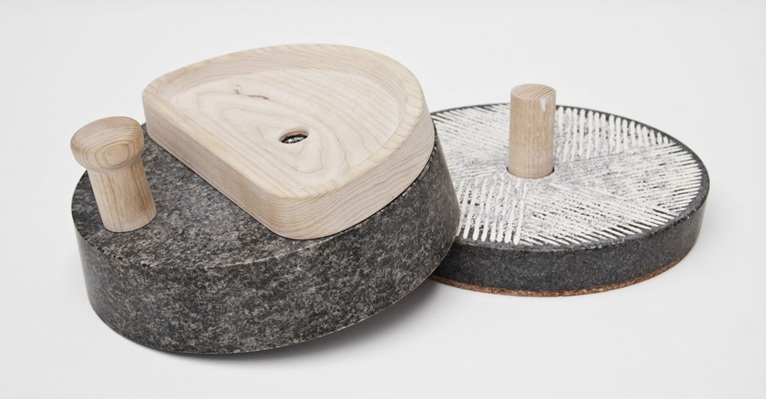 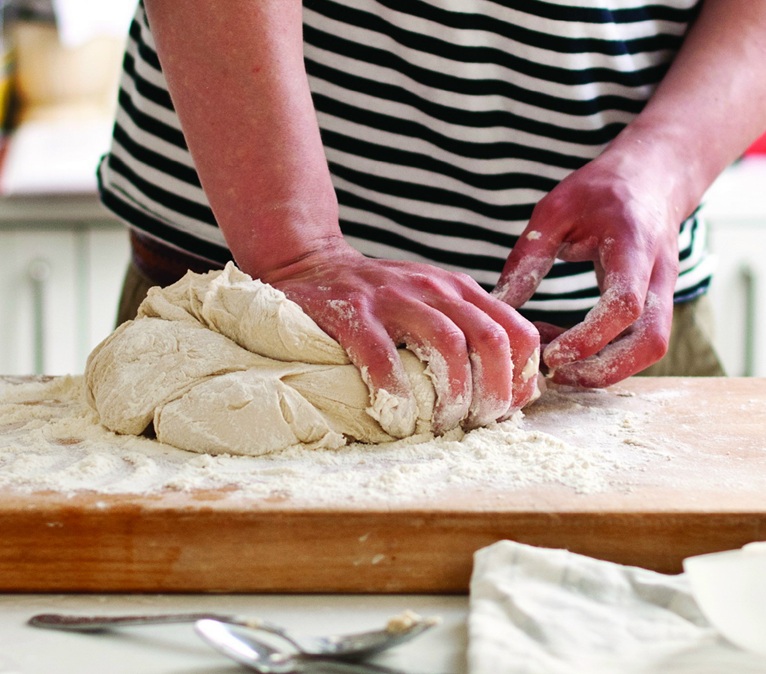 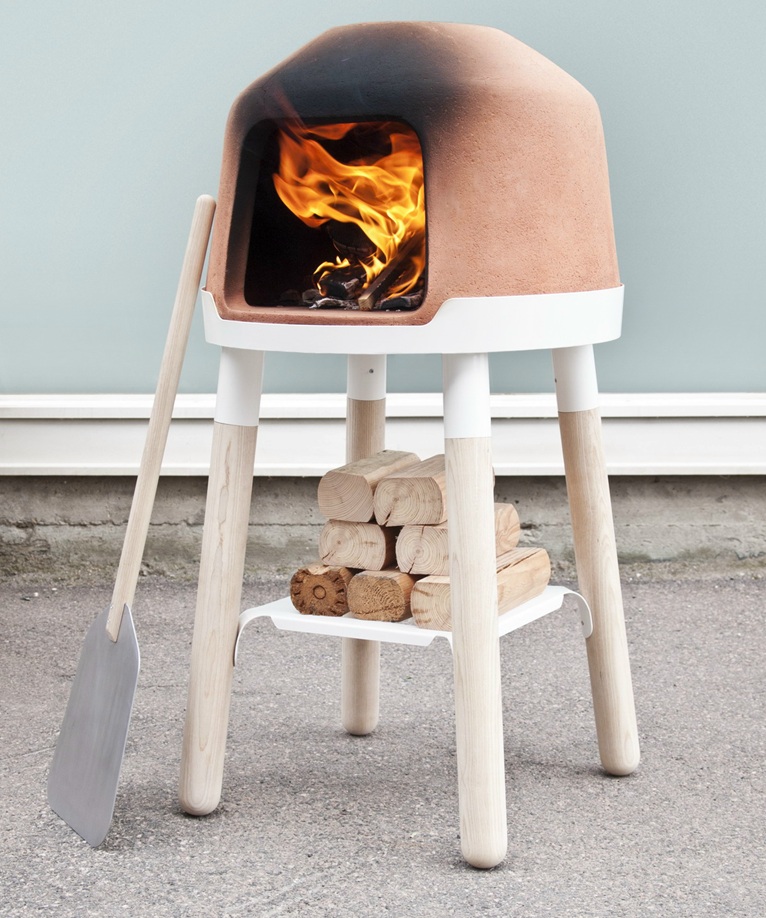 The SISKA Slow Coffee Collection designed by Kristine Bjaadal is not made for people who demand efficiency, but for people who appreciate quality; you buy your coffee beans at the local roster, ground them yourself, and have all the time in the world tying the leather lace around the pot, waiting for the water to boil. 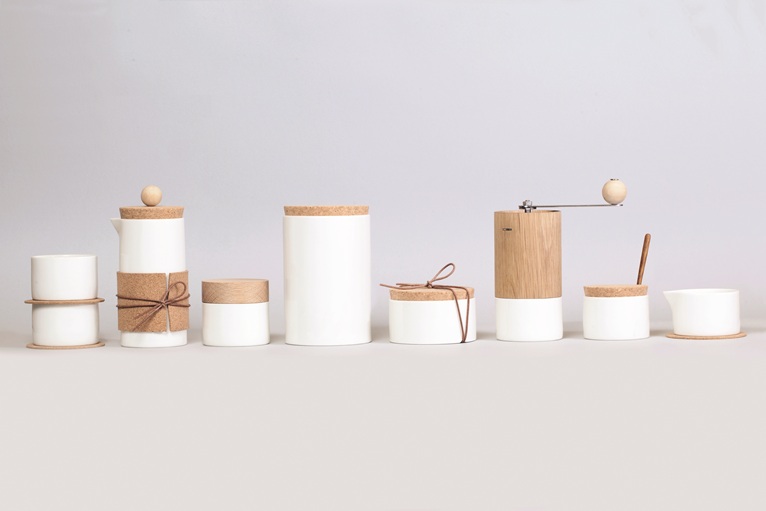 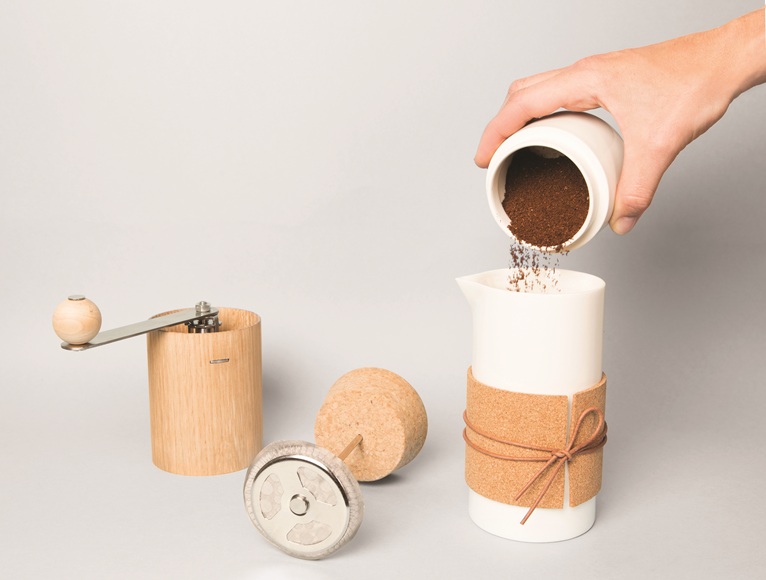 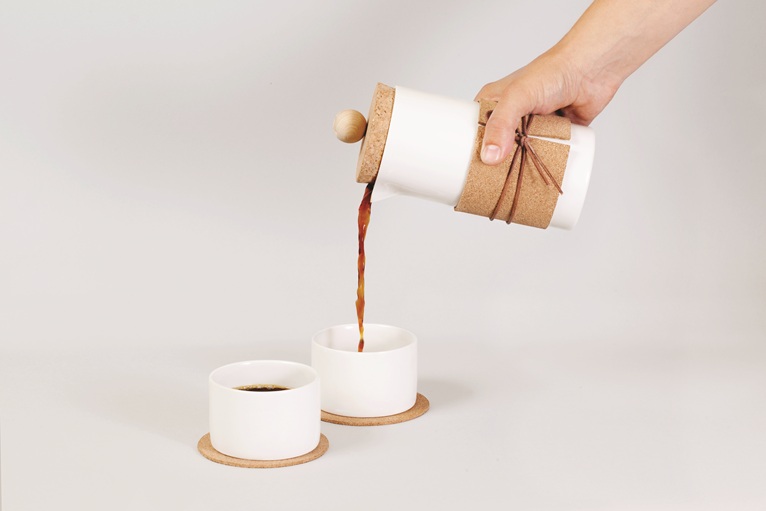 Reversed volumes is a collection of bowls designed by mischer‘traxler studio that are shaped by capturing the imprint of a fruit/vegetable. Using elements that could be found in any kitchen and like in a recipe, the space between a bowl and a fruit/vegetable is filled and once dried the filling material has adopted the imprint of its containers. The imprint of the different fruits/vegetables is represented in detail from a new point of view.

These food-safe and water proof resin objects are manufactured through an industrial-crafted process since the finishing and the manufacturing of the colours are done manually in order to provide them with slight differences. The 'reversed volumes' series include at the moment ten different bowls with the imprint of: apple, lemon, orange, cherimoya, pepper, aubergine, napa cabbage, sugar melon, cauliflower and cabbage. 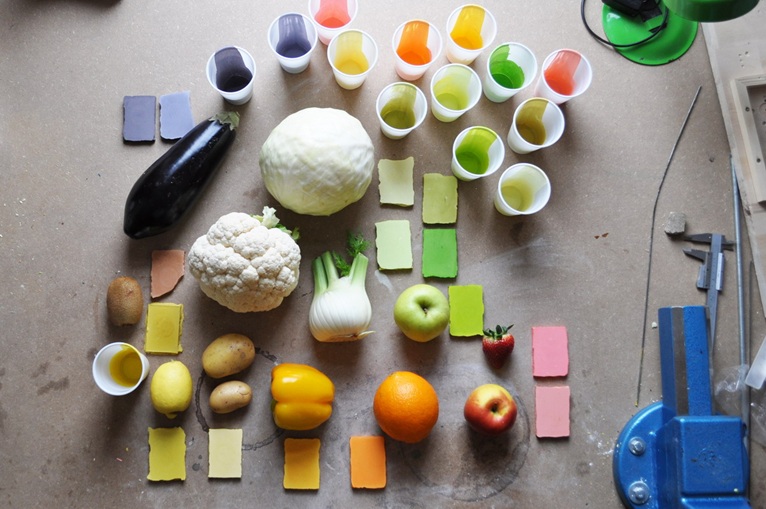 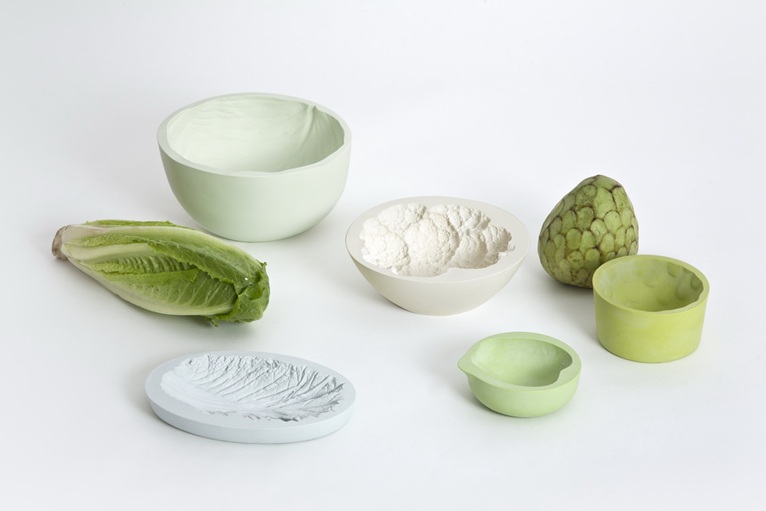 Folklore by Sonia Verguet is a collection of 3 different patterns, 100% made in France. "I sew the tablecloth, the napkins, the teatowels my self. Two of the patterns are designed from the shape of the half-timbered house from where i live." 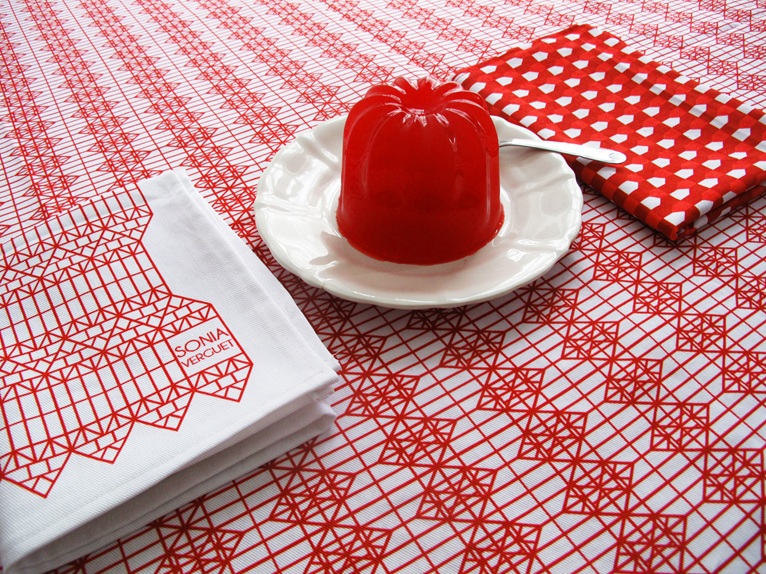 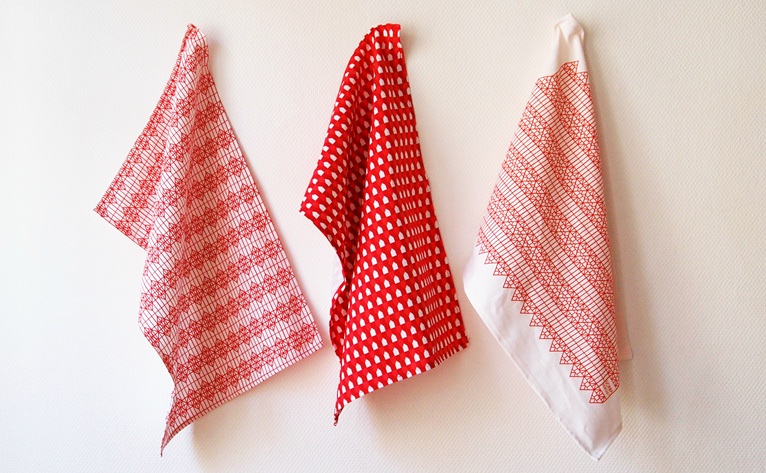