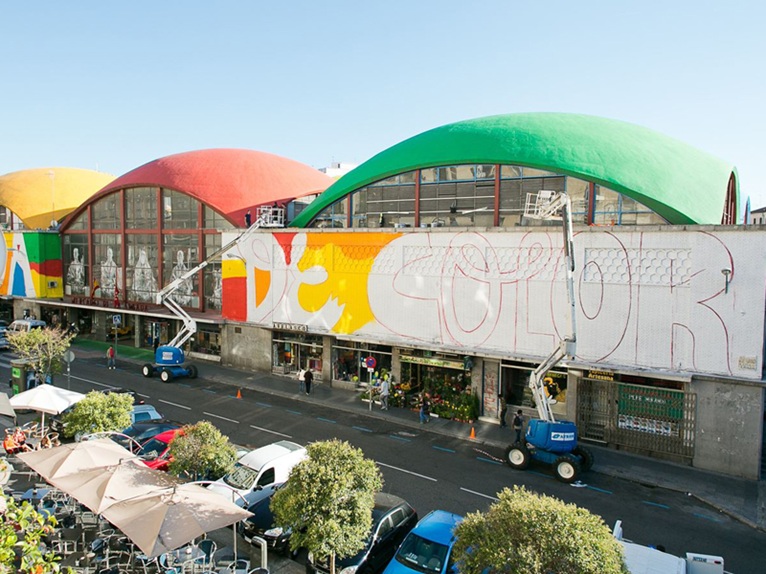 The Mercado de la Cebada (Barley market) is situated in the Latina district of Madrid. The peculiarity of the building, which was built in 1958, are its six reinforced concrete domes, now a symbol of the district. The structure is currently in a derelict state, so much so that there are rumours circulating that it might be demolished to make way for a shopping centre. 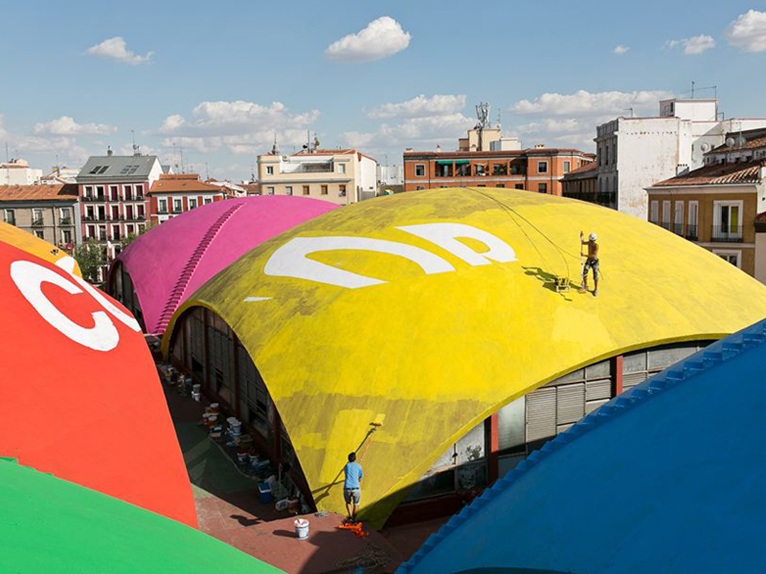 Spanish architects Boa Mistura could not pass up the opportunity of transforming the building into a colourful experiment of Urban Art, visually reconnecting the domes, a traditional element of the historic centre of the Spanish capital built in the period of the Habsburg Dynasty, of the Cathedral of the Almudena, the Basilica of San Francisco and the church of San Andres. 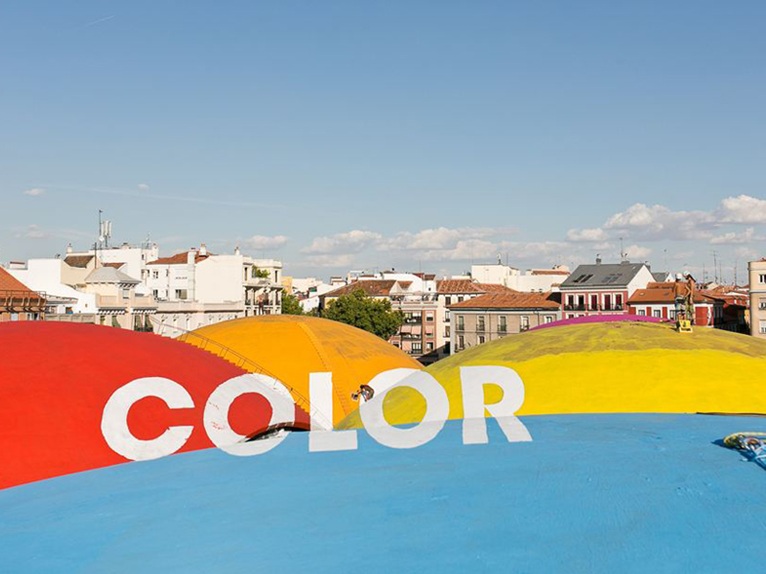 The six domes were painted with different colours and thanks to the technique of anamorphic art compose the word “color” in white. Anamorphism in art is an optical illusion effect by means of which an image is projected onto the plane in a distorted way and becomes recognizable only by looking at it from a precise location. 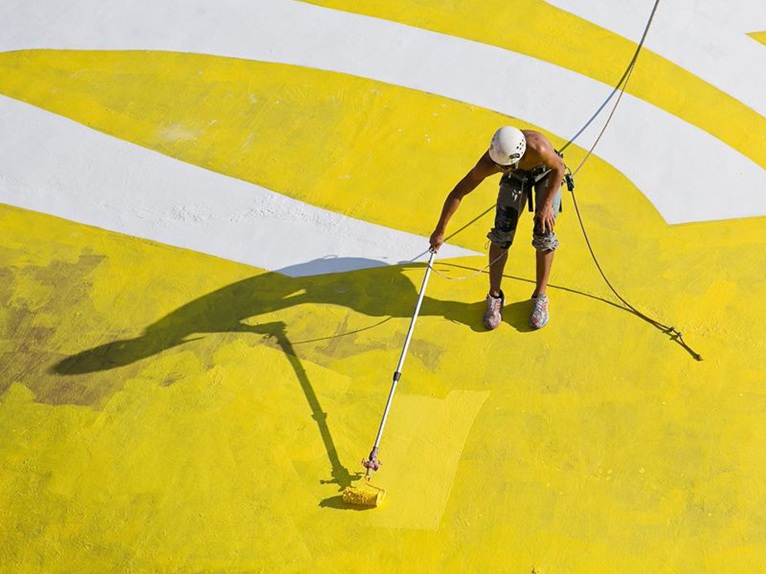 “Today, in the world in general and, more specifically in Spain, we are surrounded by negative words such as crisis, insecurity, etc... words that are undermining morale and eroding our energies. We want to reverse this process by surrounding ourselves with positive words. Incentives that encourage creativity and the spirit.” explain the five founders of the Madrid office.