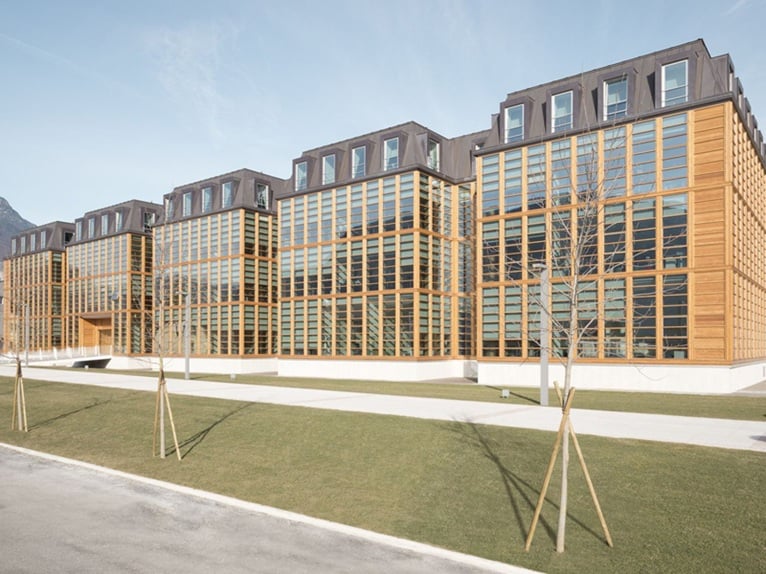 The Edmund Mach Foundation's New Research and Knowledge Centre of the Department of Viticulture, Oenology and Green Biotechnology was completed last year in San Michele all'Adige near Trento in Italy ( TN). The project is designed by Genoese architects Giovanni Bertolotto and Luca Vacchelli from SBV associati. It began from the belief that the project would be the most suitable both for quality and for 'discretion' in the relationship with the natural environment in which it was to be built. 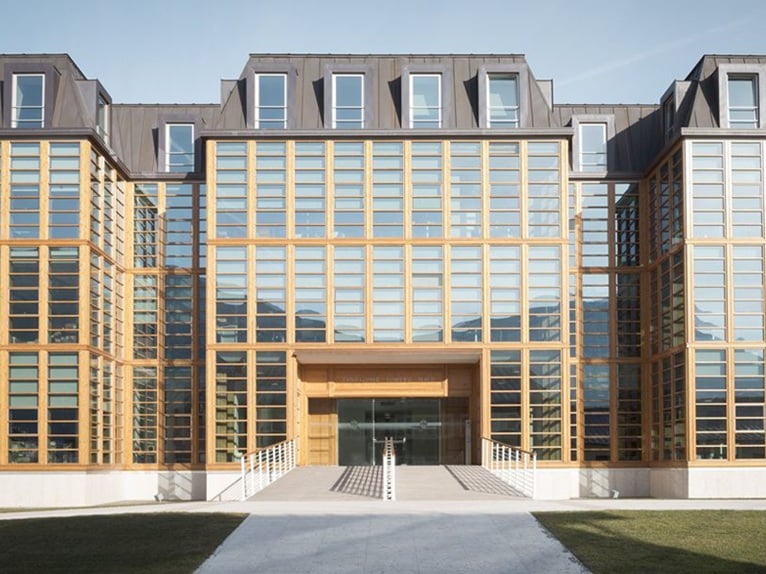 The new building had to fit in and integrate into the urban surroundings and had to keep the picturesque view of the slopes unchanged. A further essential element for a good relationship with the place was the choice of a façade, made up of a succession of five projecting bodies in relation to the unity of the body in line, to avoid a single front of nearly 90 metres.

“We thus thought of a wooden building” say the designers: “A reinforced concrete and steel structure coated with wooden and glass panels, thus using a traditional material and natural material.” 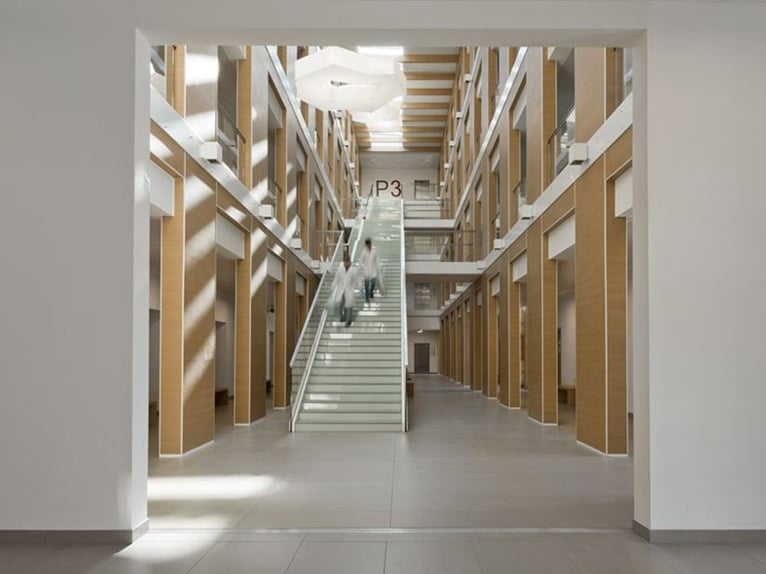 The new Research and Knowledge centre in San Michele all'Adige, has four floors above ground, plus a basement for a total area of 7,700 square metres, thus meeting the requirements and needs identified by the Edmund Mach Foundation. Three floors resting on a base of local stone and a copper roof that 'hides' the last floor of the building represent the architecture of the new university. 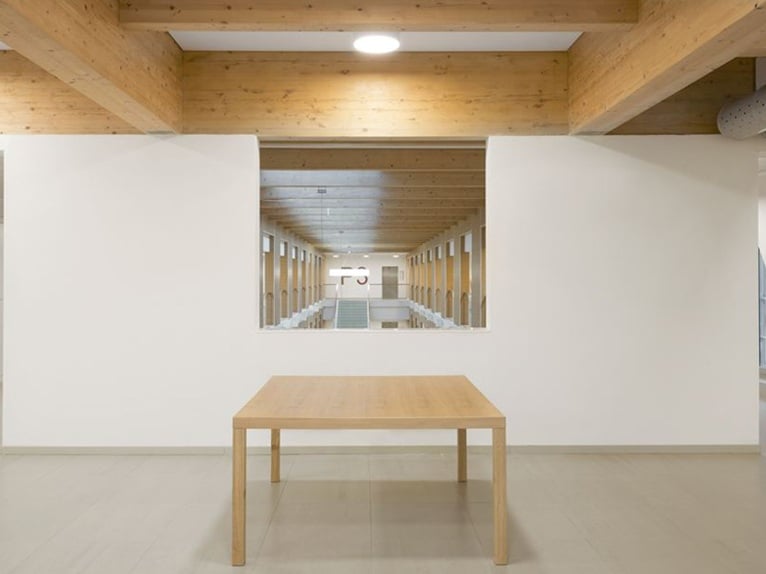 A building, which is defined by the designers as being light and picturesque thanks to the transparency of the large windows and for the careful use of the local wood. A 'traditionally innovative' building. A wooden and steel 'bridge' connects the building to the pedestrian walkway in front. The large triple-height lobby invites students, teachers and researchers into the building and allows the gaze to rove with a view to the mountains and vineyards to the east. A grand glass and steel staircase distributes and connects all the floors along an aisle. Corridors overlooking this interior space lead to the offices, research laboratories and classrooms. 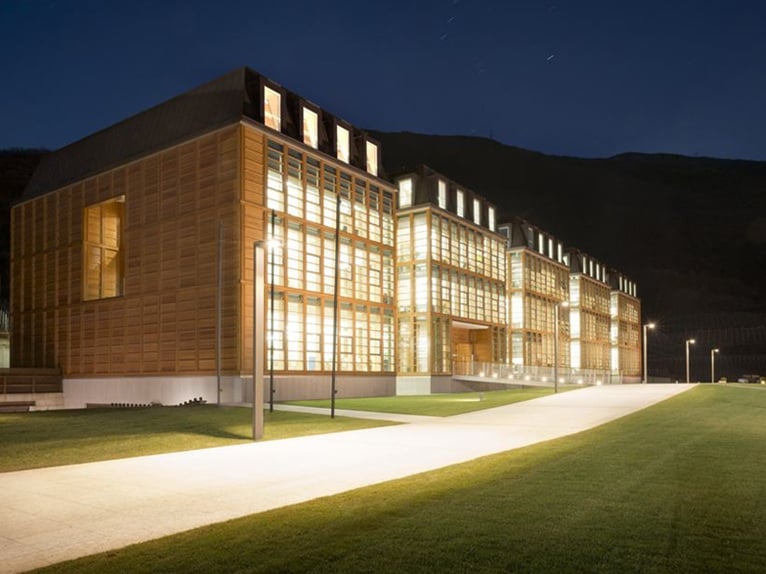 On the first three floors there are the offices, 15 highly specialized research laboratories like those of computational biology and sensory analysis and the 12 classrooms to accommodate the university courses. On the top floor there are the student and researcher study and common areas, the PhD School and a 100-seat conference room. The basement is occupied by the educational micro-vinification cellar and utilities rooms. The building houses about 500 people including students, teaching staff and Italian and foreign researchers. The Mach Foundation is a reality of excellence that deals with agriculture, viticulture and the environment. One of the best, on an international level in the field of scientific research and experimentation, but also recognized and appreciated in the national panorama as regards training. Inside, the new building houses undergraduate and postgraduate courses, including one in viticulture and oenology organized in collaboration with the universities of Trento and Udine.