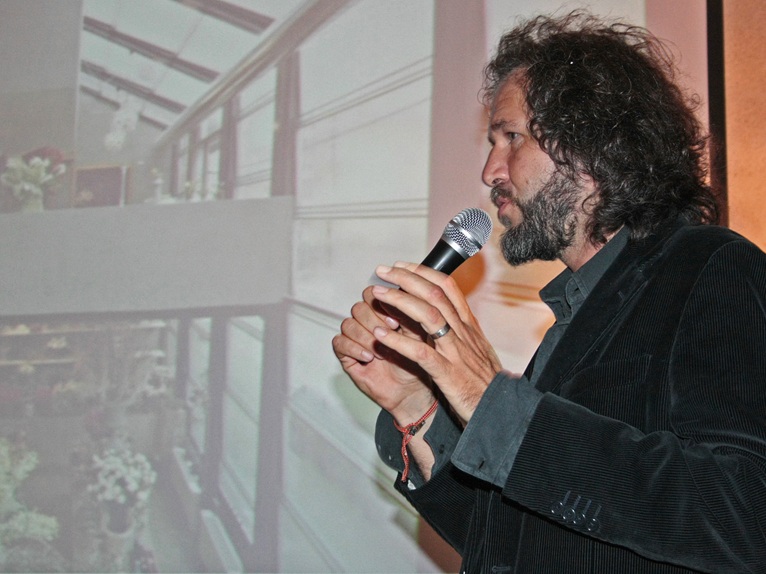 At the Conversion + conference organized by small architects at Carlo V Castle in Monopoli, Italy our staff had the opportunity of meeting the architect Stefano Pujatti from ELASTICOSPA architects.
Stefano Pujatti graduated in Architecture at IUAV Venice and then did a Master (SCI-ARC) in Los Angeles under Wolf D Prix - Coop Himmlbl(l)au. In 2005 he founded the architectural office Elasticospa in Chieri (TO) Italy that deals with building design and urban planning. 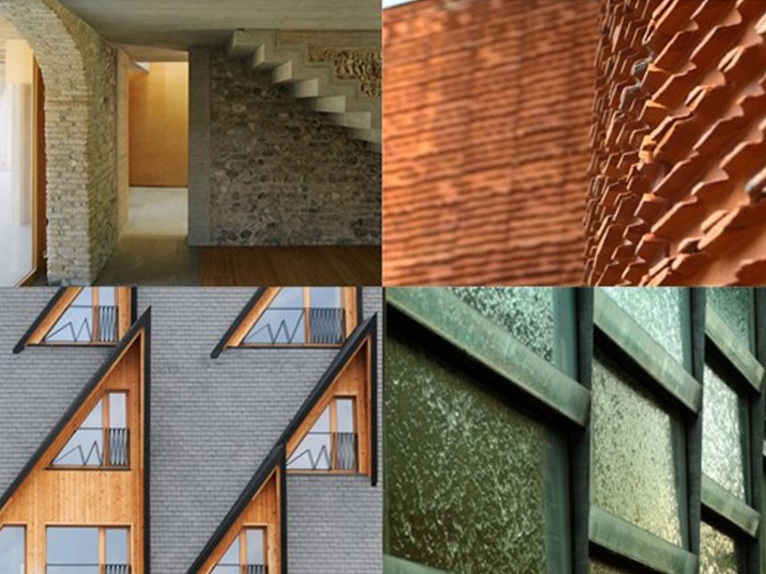 He has been involved in issues related to the recovery of urban areas and abandoned structures since he was at university, “the idea of occupying the territory again, without thinking about a second life for the existing structures, does not seem to be a very wise solution, but it is above all costly. It is something that not even the teachers understand very well, and to illustrate this I quote an argument I had with Franco Purini, who in 2010 made a Biennale where he invented a new town between Verona and Mantua, called VEMA.
This area of the Po Valley is one of the few with reduced lighting, reduced built-up area, so in our proposal, we illustrated a building that was an infrastructure, i.e. a school that could accommodate houses and services on the roof.
If we are to occupy a territory we should try to do it with structures that enclose various functions, without invading other spaces.
If we have to design something from scratch, it should be designed to have a second life, in addition to the function for which it is built.” 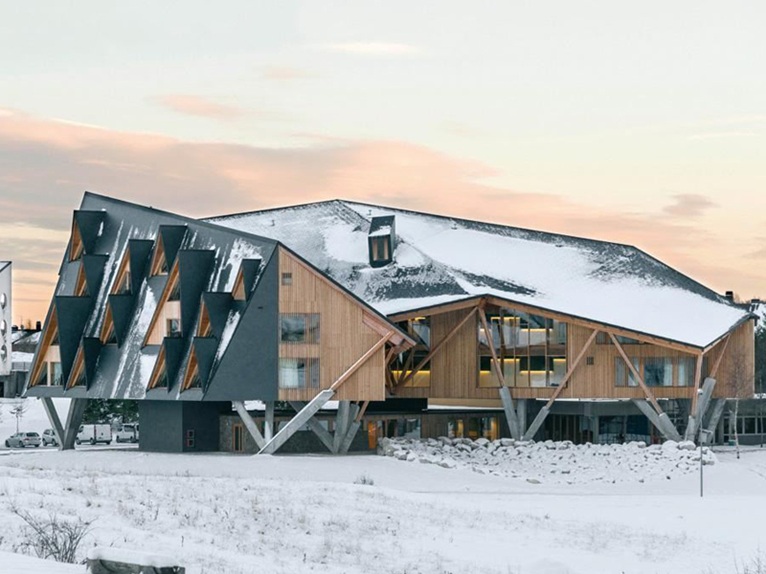 It is this philosophy that unites the projects managed by the study, from the transformation of a silo, once used to hold the compacted earth, into the headquarters of Fornace Carena (2005) to the more recent 1301iNN (Slow Horse). The project involved the partial demolition of the existing sports hall, keeping only the ground floor, and set itself the objective of restoring a building that represents the identity of the place through a formal poetic playing with the typical elements of the surroundings. 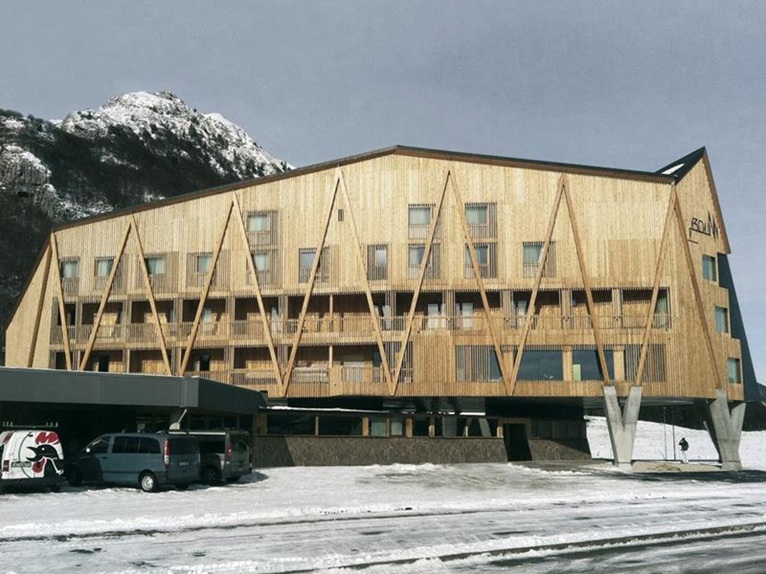 “To build the exterior image we thought about how snow works. This building was to design, work and play with the snow, which is an interesting element with a volume, a colour, a force, and is the reason why people go to the mountains. 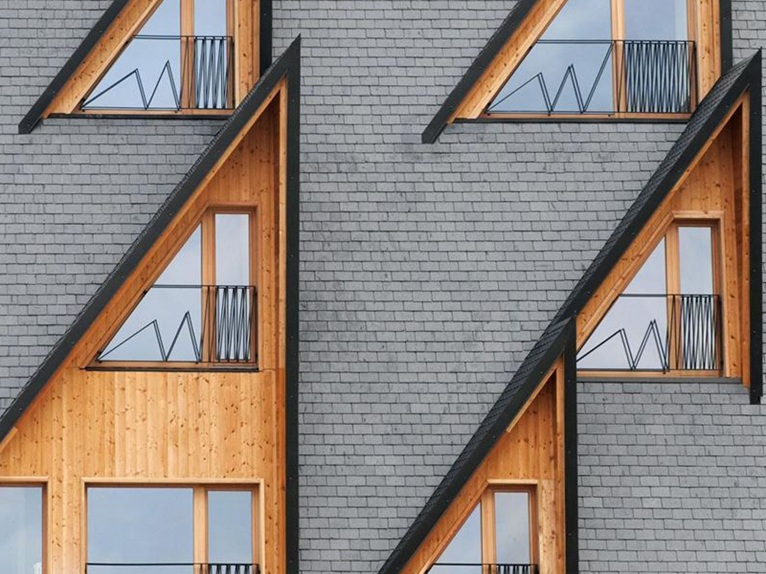 When we presented the theme, the snow became the real added value of the building, so that it becomes part of the building itself.
The idea comes from some considerations on the work of the Scottish artist Andy Goldsworthy who works with the forces of nature, and had done a job with a strong poetic expression: Midsummer snowballs, a flowered meadow with very compacted snowballs.
This suggestion can be found in the inclined floors of the north façade where the snow accumulates up to a certain weight and then slips away.” 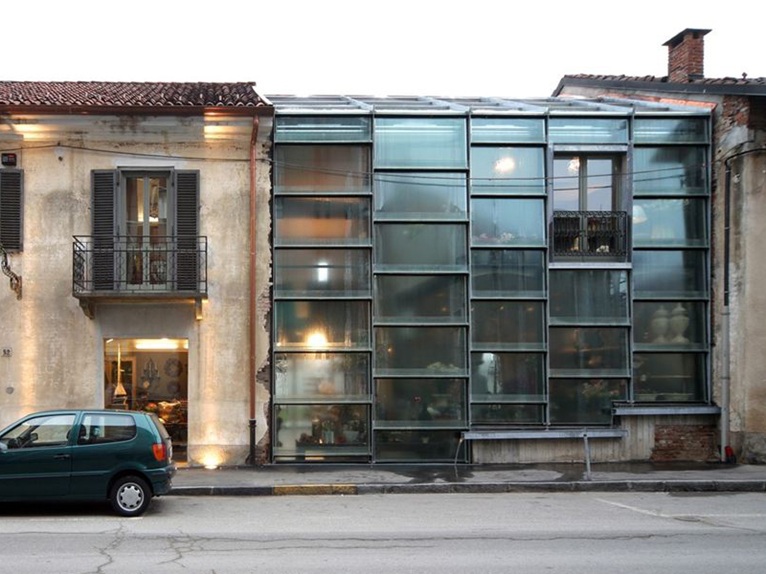 One of the projects that encapsulates a work from scratch and re-use of an existing building is a complex work for ATELIER FLEURISTE in Chieri (TO), in which the themes of innovation of the traditions, the search for identity and the material strength intertwine and come together in an overall result that offers many insights. 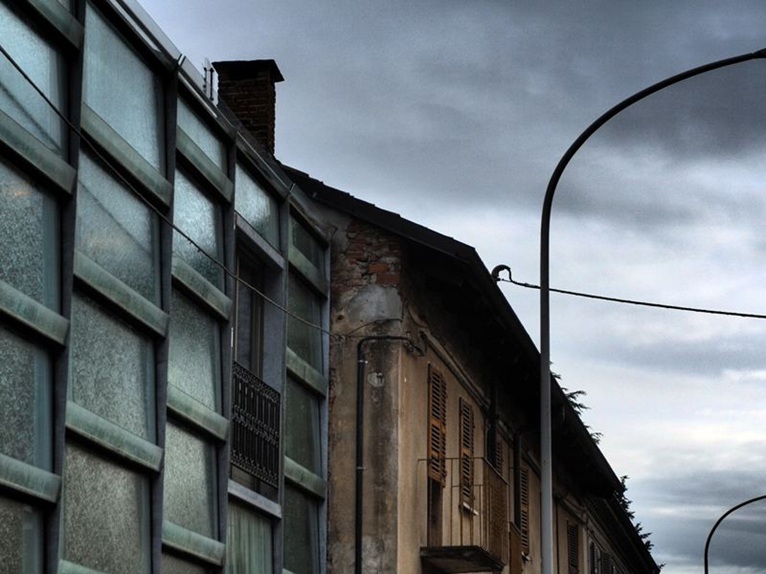 “We had to build the studio for a florist and his home. The project was divided into two parts: renovation and new construction.
The workshop structure was kept intact and a 'violent' intervention was carried out on the façades. Internally the main core was left unchanged and two large windows to the north west were created, which given the position heat the interior environment very much in summer. 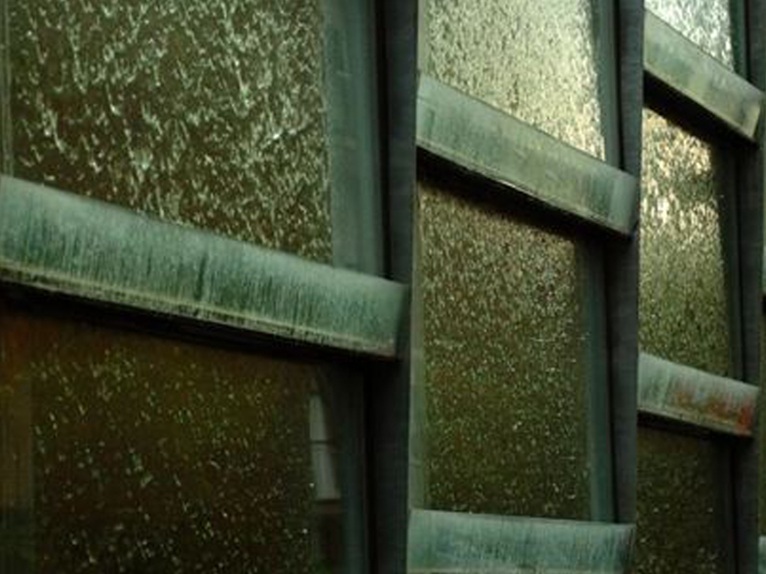 As a joke, a girl who works in the studio proposed to cover the façade with water and this was the idea we chose. The water on the façade creates a veil that does not reveal the poor architectural quality of the homes in the background, making the exterior less looming. 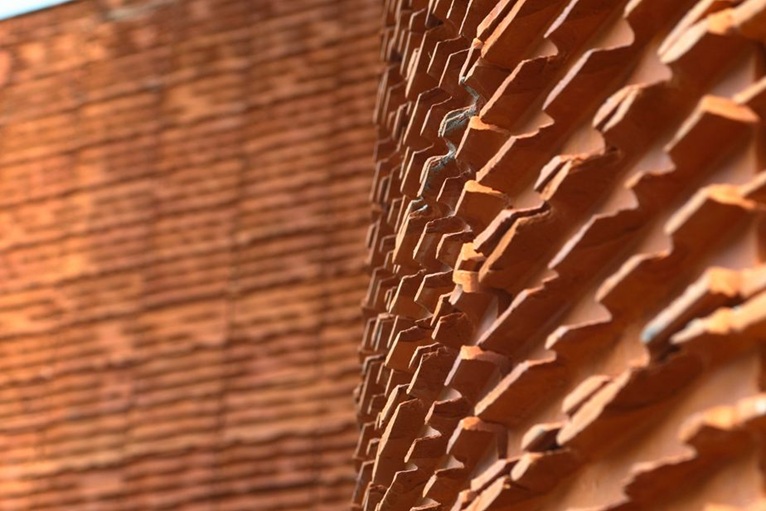 The flower pavilion, on the other hand, is covered with hollow split bricks, which are used to have a different effect of light, the building commission also required the use of this material as it is typical of the region of Piedmont. 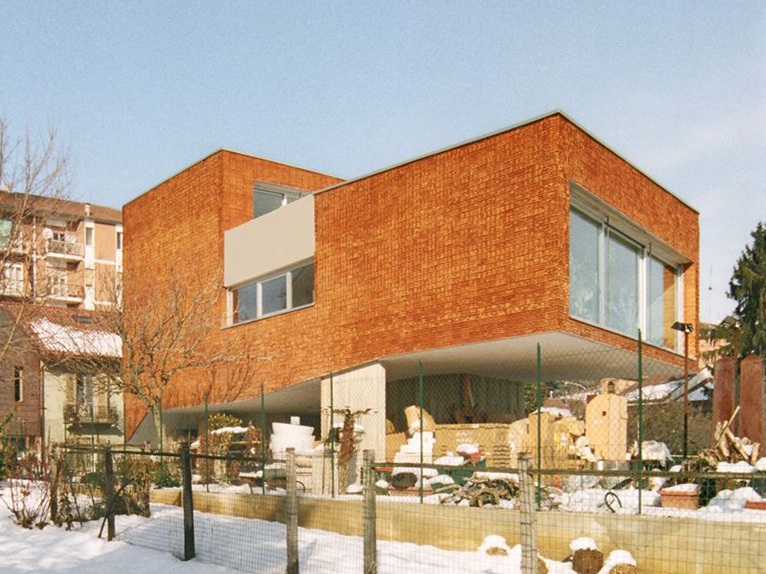 This choice was also made with the long term in mind: since bricks can crumble more easily, they will not crumble in the same way all together, and anyway it will be cheaper to replace a single block than to completely replaster, as happens with traditional façades.
When you make a jump out of the ordinary, you have to listen to what has been done before, but adapt it to the current working conditions.”