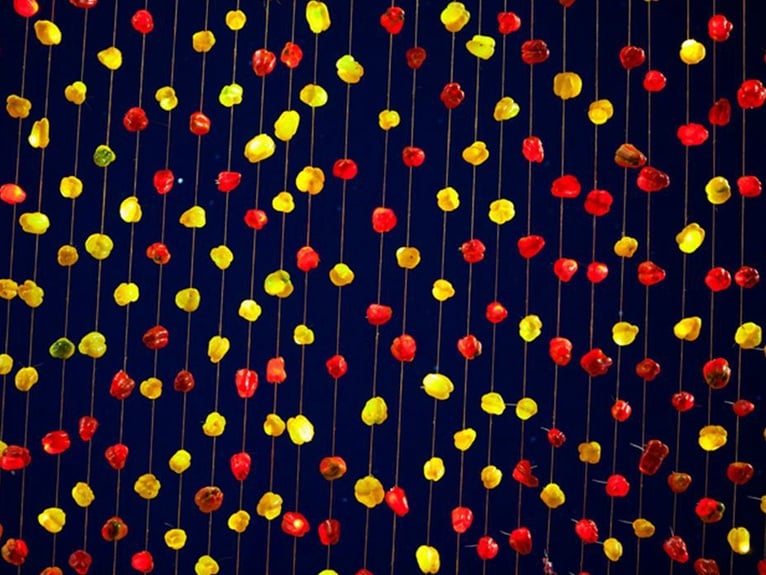 INSTALLATION_ The Spanish art collective Luzinterruptus - who carries out urban interventions in public spaces by using light as a raw material - tell us about its ultimate strange installation in the South of Italy.

Last September we were in Rosarno a town in Calabria, where they were celebrating a festival of urban regeneration called "A di Città" in which a great number of impressive artists, many of them good friends, met with the intention of intervening artistically in a deteriorated urban environment, with the complicity and the help of the residents and the administration.

We went there, with the idea of illuminating some familiar element of the environment and converting it into something else, to create a festive environment, to be able to share. We chose the pepper, a vegetable grown in the area and which since ancient times can be found on all the balconies of the people, drying in the sun.

To carry out our  Nocturnal Peperonata we used 2,000 precious yellow and red peppers, brought from nearby fields, to which we added lights and hung on ropes, forming a colorful natural canopy. For 5 days, we prepared the peppers, adding lights and sewing them onto the ropes, forming garlands that were going to illuminate a decadent space for 3 days, during the night in Rosarno. It was laborious work, for which we had the help of many residents, visitors to the festival, and the participating artists, who came together in a spontaneous manner, surrounded by boxes of peppers, which with nightfall, the workspace had an intimate red light, inviting confidence.

On the last night, with the peppers already hung, there was a dinner under the installation, for all the participants of the festival. On the menu, delicious “peperonata” pasta made with the leftover peppers, wine, bread and cheese… what more can one ask for. 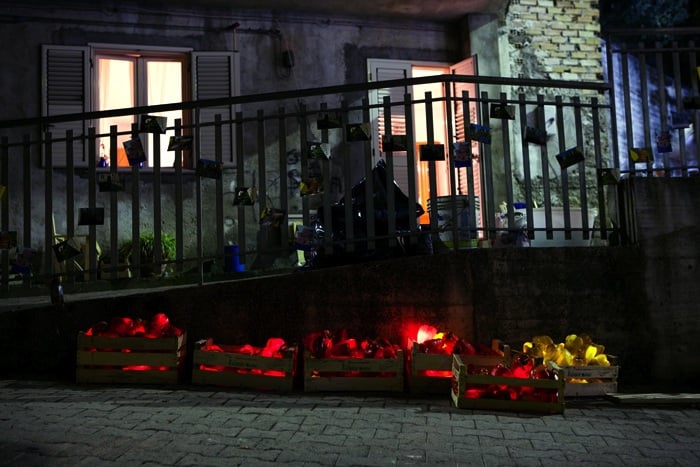 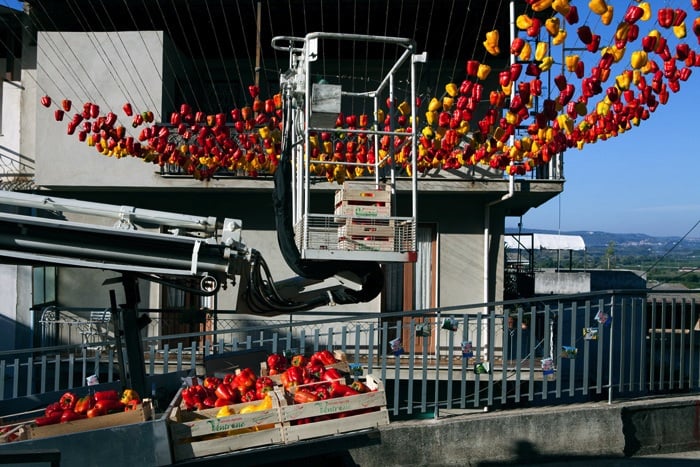 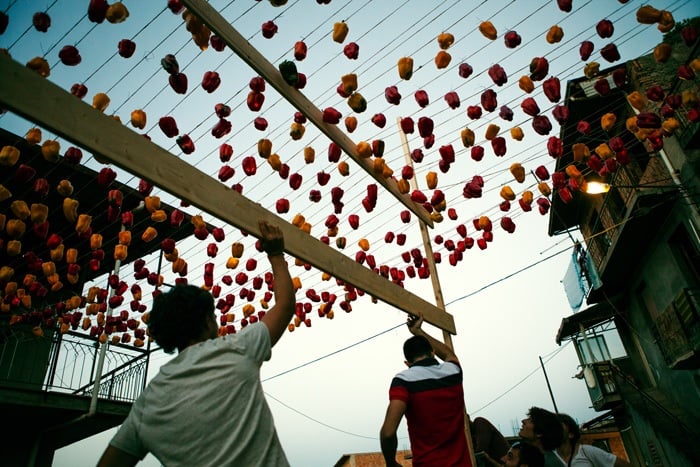 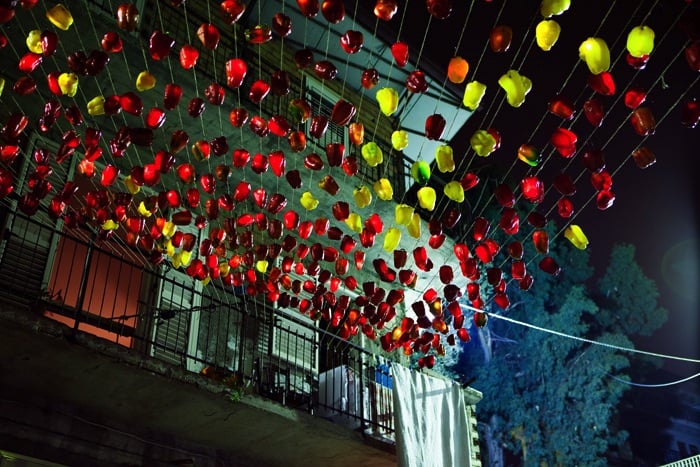 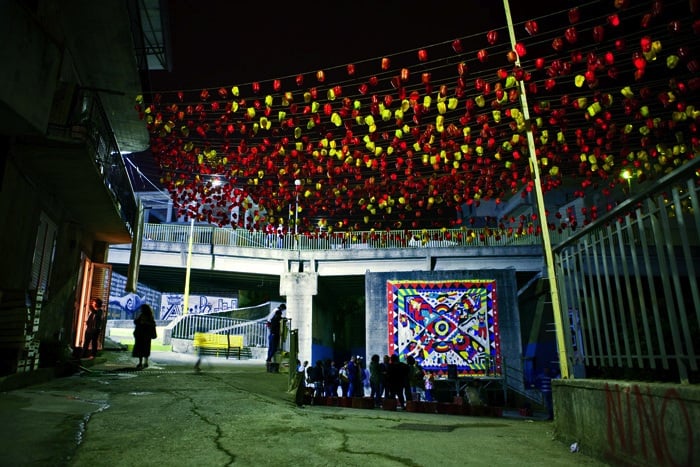 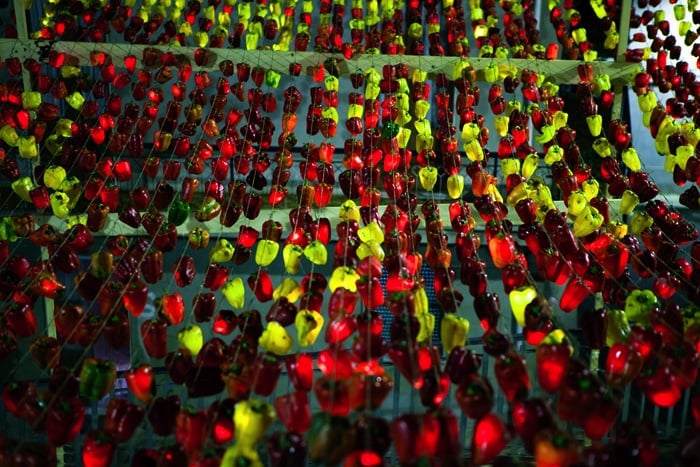